Australia's biggest news media companies have united to fight new national security laws that could criminalise reporters and their sources. Peter Greste - who knows all about being jailed for journalism - tells Mediawatch New Zealand should take notice too.

14 of the biggest names in the Australian news media scene have united to oppose tougher national security laws. Photo: screenshot

Back in January, a political row erupted in Australia after two locked filing cabinets were sold at a government auction in Canberra. The buyer was startled to find hundreds of highly sensitive, highly classified documents inside.

These documents  - which were acquired by the Australian Broadcasting Corporation (ABC) - revealed a myriad of secret deliberations and national security positions over the course of several governments.

The ABC agreed to return the documents, but not before reporting some startling stories:

The public interest in revealing all this was pretty clear. But if such a blunder happens in the future, the stories mihgt never see the light of day. 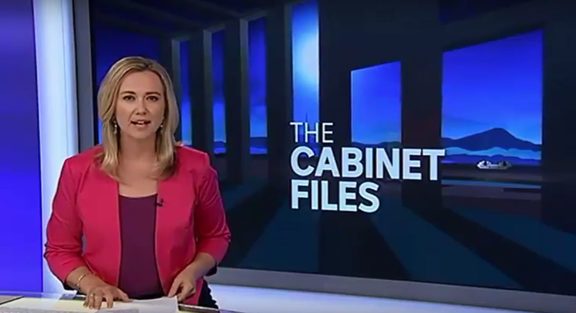 The stray documents inadvertently released in a sale of surplus office furniture proved to be a rich source for ABC News in Australia. Photo: screenshot / ABC News

“If proposed new laws, designed to crack down on foreign espionage, had already got through parliament we might never have known anything – either of the leak or the contents,” the ABC Media Watch show reported at the time.

The Turnbull government is currently pushing changes to the law which journalists say could further criminalise reporting there. 14 of the biggest names in Australian news media have united to oppose the National Security Legislation Amendment (Espionage and Foreign Interference) Bill.

"The proposed legislation criminalises all steps of news reporting, from gathering and researching of information to publication, and applies criminal risk to journalists, other editorial staff and support staff," says their joint submission to the parliamentary committee on intelligence and security.

Among those campaigning against these laws is someone who knows journalism can land you in jail.

Peter Greste - and two colleagues from international broadcaster Al Jazeera - were locked up for more than a year in Egypt on trumped up terrorism charges in 2013 - an ordeal he recalled in his recently published book  The First Casualty: A memoir from the front lines of the global war on journalism.

Now he’s the UNESCO Chair of Journalism and Communication at the University of Queensland.

"Under the original draft of that legislation anyone that handled that information at any point could have been considered liable to prosecution and wind up in prison," Peter Greste told Mediawatch.

"That includes the bloke who unwittingly sold the cabinet and the guy who drove the truck . . who didn't even know what was in it," he said.

Peter Greste says the 'Cabinet Files' fallout helped to force the government to rethink the scope of the proposed changes.

But it's not the first time potential jail terms for journalists or their sources have been built into new laws that salined through the parliamentary process. 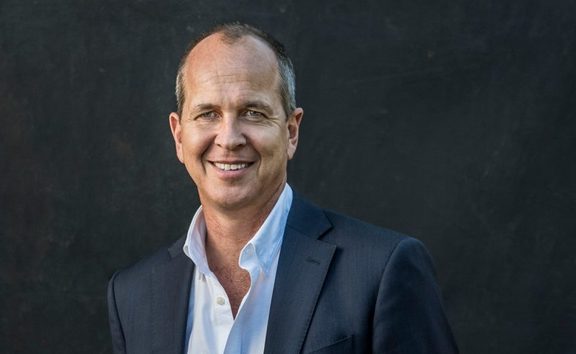 The National Security Amendment Act in 2014 introduced jail terms of up to ten years for journalists who disclosed covert intelligence operations. That same year the Foreign Fighters Act provided for journalists to be jailed for publishing news reports or ads that might help terrorists recruit.

A year later, the Data Retention Act empowered the police and other state agencies to access journalists’ metadata that could reveal their confidential sources - in some cases, without a warrant.

"The government said it needed this for national security. It was rushed through Parliament with bi-partisan support," Peter Greste told Mediawatch.

He says the government investigated the metadata of medical workers to try and find the source of leaks to the media about detention centres on Manus Island and on Naaru.

"Whatever you think about the rights and wrongs of the offshore detention policy it's hard to justify an investigation of politically embarrassing information as a breach of national security," he told Mediawatch.

Eventually, the government relented and exempted journalists from those provisions.

"But if sources are not protected, what's the point?" said Peter Greste.

"The legislation is useless if they can get to the data of anyone they suspect of  passing on information to journalists," he said.

Australia’s Attorney General has insisted there are now protections for journalists engaged  "in fair and accurate reporting in the public interest, even if they have received information in breach of a secrecy offence."

But he has so far been unwilling to exempt journalists from the new proposed law or put in place a public interest test which judges could apply.

Peter Greste says the proposed legislation now on the table effectively makes it impossible for media to speak to civil servants or allow them to contact the press with things they see as breaches.

"This legislation is being used for political purposes to cover political backsides," he said.

But in cases where national security is at stake, do the media always act in the public interest?

Journalist Cameron Stewart was prosecuted in 2011 over a 2009 scoop in The Australian which had revealed planned anti-terror raids just before they were carried out. Early risers in Melbourne picked up early editions of the paper reporting that the raids were just hours away.

Peter Greste concedes Cameron Stewart "overstepped the mark" and that example illustrates the need for some legislative restriction on freedom to publish information that needs to be proscribed.

"The whistle of last resort"

The law that covers whistleblowing in New Zealand where national security is not at stake  - the Protected Disclosures Act 2000 - is up for review.

Ironically, Peter Greste says Australia is an example we could follow for this.

Some Australian state governments already support whistleblowers who contact journalists. For example, the New South Wales government protects people who contact the media if they have not had success having their "honest concerns" properly investigated by a relevant higher authority.

"The media must be the whistle of last resort," said Peter Greste.

The government should be looking to the airline industry for how to handle workplace whistle-blowing, he said.

"It is so concerned about safety that it even encourages people to dob in themselves. People can even be rewarded rather than punished. They understand the risks of information being hidden  - and that openness and transparency works," he said.

"We need to invert things by defining very clearly what information is off-limits and make everything else open," he told Mediawatch.