Taika Waititi has spoken out about racism in New Zealand previously without controversy. So have other entertainers. Why did our media suddenly seize on another recent comment of his - fully four days after it was first published? 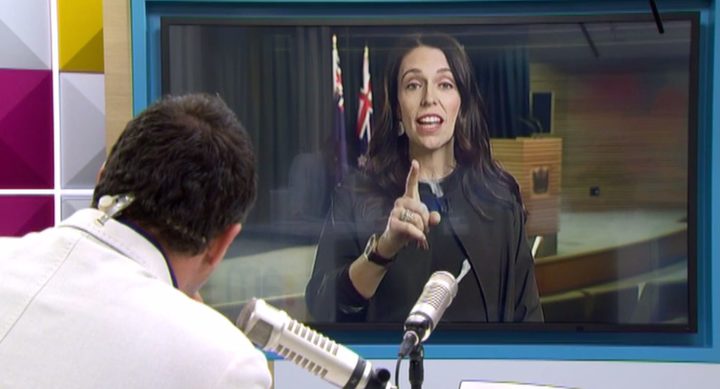 The PM on AM: Duncan Garner grills her about Taika Waititi's controversial comment. Photo: screenshot / AM

In the 2016 documentary film Poi E: the Story of our Song, Taiki Waititi tells younger singer Stan Walker what life was like for kids in the eighties.

“Those were literally the days when it was pretty shameful to be Māori at school growing up,” he told Stan.

“There was lots of racism. There still is. But when we were kids the biggest call would be like:’Go back to Africa!” he recalled.

The pair then cracked up at the absurdity of that.

There was no social media storm, no anguished editorials on air or in print. No critic mentioned the comments in reviews of the film.

But it was a different story last Tuesday after another Waititi interview alongside another Kiwi musician came to the media’s attention.

It was billed by UK pop culture magazine Dazed and Confused as: “an honest conversation with Ruban Nielson and Taika Waititi on New Zealand culture and growing up Māori.”

Asked if New Zealand was "like Australia without the racism and the blokeish sense of humour," Taika Waititi replied: "Nah, it's racist as f***."

“I mean, I think New Zealand is the best place on the planet, but it's a racist place. People just flat-out refuse to pronounce Māori names properly," he said  - adding that they seem to have no problem pronouncing 'camembert' properly.

"There’s still profiling when it comes to Polynesians. It’s not even a colour thing – like, ‘Oh, there’s a black person.’ If you’re Poly then you’re getting profiled," he said. 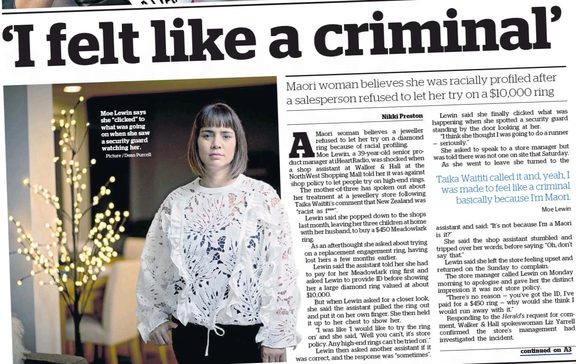 The pro- and anti- response since Tuesday has been intense, but strangely his supposedly explosive comments didn't go off for four days.

Waititi tweeted the interview to his 356,000 followers on April 5 - without controversy. Waititi himself seemed surprised by that.

“Where's Duncan Garner when you need him,” he tweeted on April 9.

“I didn't use a question mark because I don't actually want to know.”

He didn’t have to wait long to find out.

On the AM show the next day Duncan Garner called the comments “sabotage” in what Newshub itself called “a scathing broadside” in its own news story.

"Does this represent our country as a whole? This clown ... is getting on the world stage and denigrating this country," he said.

"Don't speak for all of us," his AM show co-host Mark Richardson fumed.

The Prime Minister told Duncan Garner she was “not sure where 'F' was on the quantum".

Good answer. But having given it, The Guardian responded with “Jacinda Ardern wades into New Zealand racism debate.”

There were plenty of other headlines online that could have convinced people all over the planet New Zealand was in the middle of a race row that required the PM to “wade in".

“We’re not apartheid-era South Africa,” spluttered Duncan Garner, who also said the comments were “treasonous” coming from the former New Zealander of The Year.

Though that doesn’t make Waititi an ambassador.

The award is sponsored by a bank and backed by media companies, and winning it doesn’t gag the recipient.

Odd that the current Opinion Writer of the Year should want other to keep their opinions under wraps.

Chief Judge Cameron Bennett described this year’s finalists as “the voice of conscience, courage and commitment".

"They don’t just speak truth to power, they put their words into action," he added.

The online editor at Stuff responded this way on Twitter:

Challenging the country like this is exactly why @TaikaWaititi really deserved that NZer of the Year award https://t.co/G2X6QH0atS

But many Stuff readers with twitchy keyboard fingers disagreed.

“It proves that yes, NZ is crawling with racists, hiding behind their keyboards either wanting, or pretending that NZ is still deep in the 1950s," he said.

Add 1950’s NZ then to apartheid-era South Africa as a baseline gauge for “racist as f...”

On Public Address, Russell Brown pointed out singer Bic Runga - part Chinese part Māori - got a similar media response fourteen years ago when she told an overseas newspaper about experiencing racism as a kid in the 1980s in Christchurch.

And this week’s fuss also echoed the criticism of author Eleanor Catton after she criticised aspects of New Zealand speaking at a literary event in India.

Radio host Sean Plunket branded her “an ungrateful hua” at the time  - copping a backlash in response.

But he was a voice of reason this week on Twitter:

We have to accept that this is taika’s view based I imagine on his lived experience.

Another one to say what ought to have been obvious was Massey University sociologist Dr Paul Spoonley.

“We don't have have a major politician saying very negative things. But we do have everyday and often casual racism around the country and you'd be naive if you don't think its there. I'd invite listeners incensed by Taika's criticism to talk about it," he said.

Some of those offended were upset because Waititi didn't mention efforts to acknowledge or confront racism in New Zealand on recent times.

But when Waititi told Dazed and Confused that "New Zealanders are experts in cynicism," the media reaction to his comments this past week proved him right about that.