Visual Trumpery - the good and bad of data journalism

Good data journalism makes lots of important information easily understandable and it clarifies complicated issues for us. But visiting expert Alberto Cairo warns we must also beware of visualisations that look convincing but skew the truth - and he reveals the statistical benchmark for heavy metal.​ 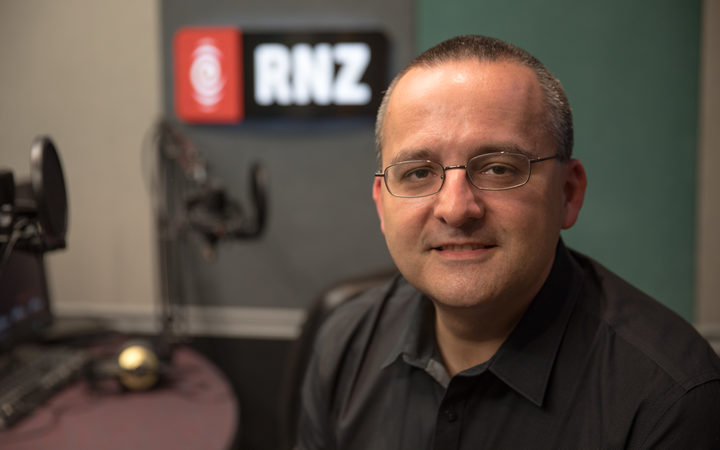 Lately there’s been lots in the media about the rising cost of renting a home.

For example, last month there was startling news that costs in the capital had caught up to those in Auckland.

This was based on just one source - Trade Me - but this week the New Zealand Herald took it up a level with an interactive online visualisation of rent increases across the past decade in towns and cities all over the country.

It was put together by data journalist Keith Ng from official records of bond payments lodged with the Tenancy Tribunal. With a couple of clicks or taps you can clearly see how rents have risen relentlessly in some parts of the country - and other places where the cost has barely budged.

But you have to click all the way through to the Herald’s Insights section to find it, alongside other impressive and illuminating visualisations. Among them is data journalist Chris Knox’s interactive showing median house values rising in 692 suburbs throughout the country between January 2000 to December 2017.

Visualisations like this can back up stories or bust myths with hard facts - or even bring to light stories that could not have been revealed at all without crunching the numbers.

But when former Herald data editor Harkanwal Singh delivered his Ihaka lecture at the University of Auckland last year, he highlighted "the hazards of statistical thinking in the newsroom."

Sometimes the data actually end up contradicting claims made in the media about issues in the news. The Labour Party's data on house sales in Auckland to people with "Chinese-sounding names" was one such case.

And Harkanwal Singh ended with a tough message for today’s reporters from one of the world’s leading data journalists, Alberto Cairo.

“Let me be blunt here: If your level of numeracy is so abysmal, you aren’t qualified to be a professional journalist.

Nobody who lacks a working understanding of math, statistics, and scientific reasoning can properly inform the public. Not knowing such basic stuff is the equivalent of being unable to write coherent sentences.”

This year Alberto Cairo - Knight Chair in Visual Journalism at the University of Miami - was in Auckland to deliver an Ihaka lecture of his own: “Visual Trumpery: How charts lie and how they make us smarter".

"The very title of my talk is an example of its content. It’s intended to trigger your ideological defenses and trick you into believing what is not so," he said.

"If you are a liberal, you’re likely prepared to enjoy a tirade against right-wing politicians. If you are a conservative, I bet you’ll be ready to get outraged by an unhinged leftist ranter," he added.

In fact, in his Ihaka lecture Alberto Cairo put the acid on misleading data from individuals and organisations across the political spectrum. 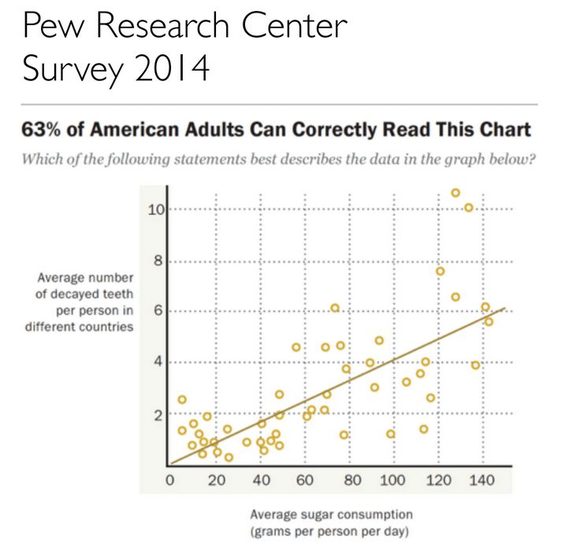 'Trumpery,' he insists, is not necessarily anything to do with Donald, though his election inspired him to pick up the concept.

"After the election, a data scientist I follow tweeted the word 'trumpery' - a very old English word which comes form French. 'Tromperie'  means something that deceives the eye,' he told Mediawatch.

"Perfect for a talk about graphics that can lie to you," he said.

"It helps explain the first rule for reading charts you see in the media: pay attention and read beyond the headline," he said.

Alberto Cairo was born in Spain and worked on newspapers on Brazil and Europe pioneering infographics and data journalism. He’s now the Knight Chair in Visual Journalism at the University of Miami teaching best practice in use and presentations of stats and data in the media.

He says data journalism skills are indispensable in modern newsrooms in a digital era where data is everywhere. But he also worries that increasingly ambitious complex visualisations "might be leaving the audience behind."

He cites a simple scatter plot showing the relationship between sugar consumption and tooth decay in a selected countries. The Pew Research Centre found only 63 percent of people surveyed in the US understood it.

"It is a worry, but if this survey had been undertaken 15 years ago the percentage of people who could read it correctly would probably be much smaller," said Alberto Cairo.

"The reason why more people can now read a scatter plot is news media have been using them,' he said.

"But it's also bad news if one third of the US population can not read a scatter plot which is a graphic form that's been around since the nineteenth century," he said.

"Some research has shown that the mere presence of a graph, a data map or chart in a story makes it more convincing," he said.

"We tend to believe numbers are objective and embody the value of science and are trustworthy. Data is as subjective as text. Read this stuff very carefully. A data representation is an argument, just like a story in text," he said.

In his lecture at the University of Auckland, Alberto Cairo owned up to circulating statistics that caught his eye but may not be scientifically sound. 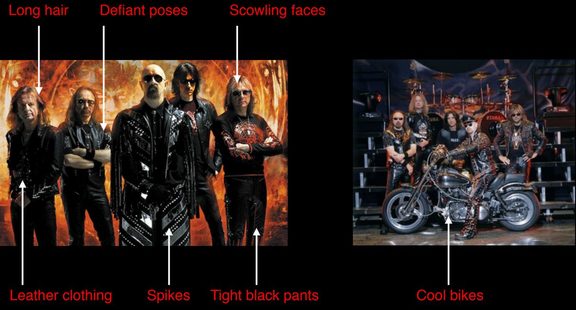 As a hard rock fan, he recently retweeted a map which showed more heavy metal bands per capital in Scandinavian and northern European countries - which have shorter colder days in winter - than in sunnier, lighter countries further south such as Spain and Portugal.

But after scrutinising the source, he was concerned that it's broad definition of heavy metal included '"hair metal" outfits like Bon Jovi.

He said results might be different is heavy metal was benchmarked against the UK heavy rock band Judas Priest.

"It's not my favourite hard rock band but it has everything that's heavy metal: long hair, aggressive music, lyrics about monsters and demons and stuff, cool mortorbikes, leather jackets and the attitude," he said.

Watch Alberto Cairo's Ihaka lecture in the series hosted by the Department of Statistics at the University of Auckland this month: