Why Widodo went under the radar

While a former US President’s visit preoccupied our media this week, the state visit of the current president of Indonesia went mostly under the radar. You’ll look in vain for reports about what was discussed at top-level talks about important issues. 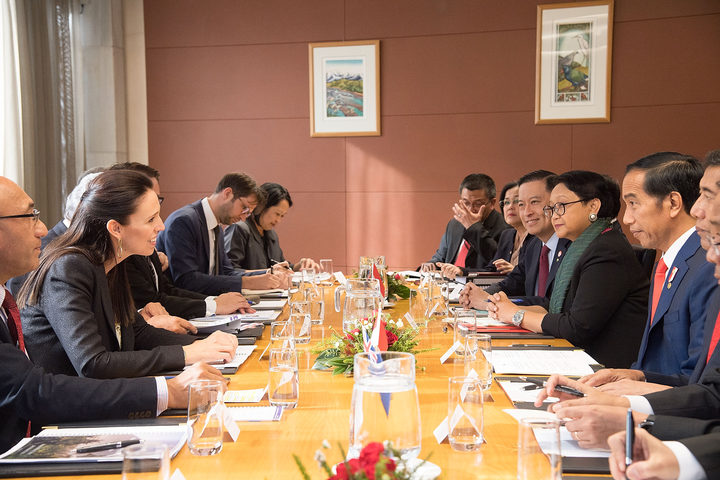 Just before the former US president flew in, a leader described as “Indonesia’s Obama” by Stuff this week touched down on Monday.

Joko Widodo represents the world's fourth most populous country and he's an interesting leader. The former furniture maker is a heavy metal fan who only turned to politics 12 years ago.

She went on to say that she’d also raise some politically sensitive issues during bilateral talks including "freedom of speech and access of foreign media in the Papua region." 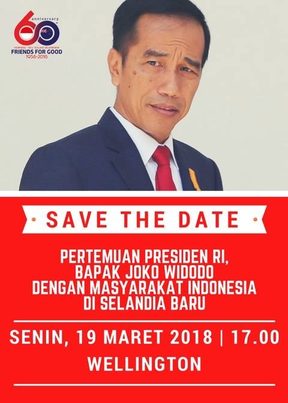 That media freedom issue is important for the disputed territory of West Papua. Reporters have found it very difficult to get in to find out what’s going on there.

Stuff, the Herald, RNZ and Newshub all noted in their preview pieces that West Papua independence activists had been urging the PM to raise the issue too.

On day one of the visit, most media outlets covered the photo opportunities and scheduled walkabouts in Wellington. President Widodo's witty remarks about Indonesian coffee and New Zealand sheep made for a big headline in the Herald the next day.

RNZ Pacific reported that the President and his team were greeted by Free West Papua protestors and flag-waving Indonesian patriots, who tried to drown out each other’s songs, at Parliament grounds.

But you'll look in vain for media reports about what was said at those bilateral talks.

Photos were taken on behalf of all media by one photographer when the Indonesians met Jacinda Ardern. Judging by the smiles on all the faces, it was going well at that point.

Similarly smiley pictures of a meeting with Simon Bridges appeared on his Twitter feed and that of the Indonesian Embassy afterwards. 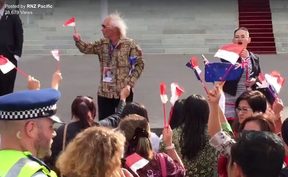 But the media reports of both meetings say reporters were ushered out of the room as President Widodo began to speak.

"I’m advised—that as far as the Ministry of Foreign Affairs recalls, there has been never a requirement for post bilateral stand-ups. They’ve always been case by case," Jacinda Ardern told reporters earlier.

A joint statement was released on Tuesday covering areas of co-operation and common ground.

It said both leaders reaffirmed other’s “sovereignty and territorial integrity” - not a comfort to those who hoped he would be pressed on independence for West Papua.

But that was a document drafted by diplomats - not by journalists

RNZ reported "a the Indonesian government's behest, media opportunities to ask Jokowi questions were kept to a bare minimum."

And Joko Widodo seems capable of handling the media.

Joko Widodo brought the house down with thoughts about politics and the media during a speech last week in Australia.

"Since the arrival of Netflix the politicians have no choice but to turn politics into reality TV, because if we don't all of you will watch House of Cards and Stranger Things instead of watching us," he said.

Hopefully foreign leaders fronting up to questions from journalists here won't become a strange thing for our media in the future.

" The (NZ) government needs to send a swift message to MFAT that such events for future VIP visits must be raised not by invitation, but in the context of an expectation. If Ardern does not make this clear now, MFAT will continue to present it as a take-it-or-leave-it option for the visiting country to dictate," she said on the Herald website last weekend. 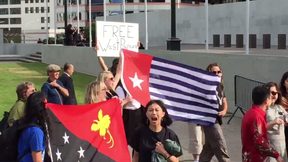 This week, the Indonesian embassy in New Zealand wrote to Mediawatch to say it was in fact MFAT which proposed not holding a press conference after the bilateral meetings - and that the results of the visit would be summarized in a joint press statement for each government’s official websites.

"It is the position of the New Zealand government, which we had to respect. As the guest, it is not in our position to dictate the host country on the protocol proceeding, including media arrangements," an embassy spokesperson said in the letter.

We asked the MFAT media team if that was so. We received a statement attributed to an unnamed “MFAT spokesperson.”

“The decision not to hold a joint press conference was agreed by both New Zealand and Indonesian governments, taking into account President Widodo’s visit was less than 24 hours long," said the statement.

The timing of the Prime Minister’s official meeting late in the day, and the President’s commitments to the Leader of the Opposition and a community event immediately after precluded a press conference after the official meeting,” said the statement.