The boss of major media company MediaWorks has hit out at the new government's plan to boost public broadcasting  - and claimed it could wipe out his business. 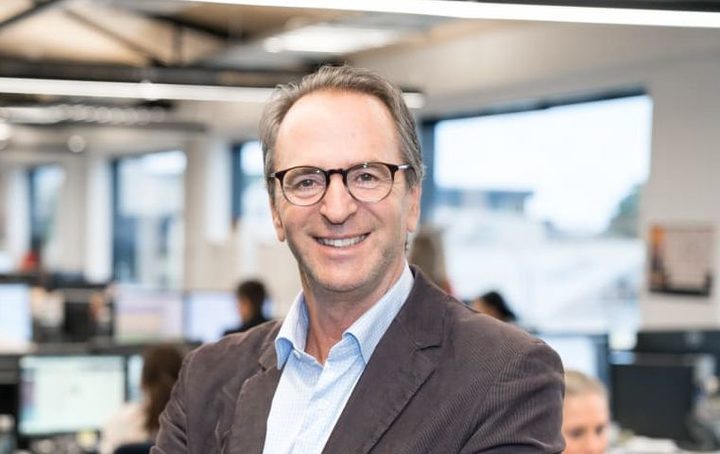 The new government has committed to a big boost in funds for broadcasting - an extra $38 million dollars.

Last October, the new broadcasting minister Clare Curran told Mediawatch the bulk of it was likely to go to RNZ for a new service  - called RNZ+ - to be on air by 2020.

Labour's broadcasting manifesto described it as "a non-commercial, audio-visual and multi-platform entity . . . to include a free-to-air non-commercial television service."

This week, the boss of major media company MediaWorks also urged the minister to change tack.

“It won’t work and it puts at risk the very thing they want – media diversity,” MediaWorks chief executive Michael Anderson told Newsroom.co.nz. He also warned his company could be "wiped into oblivion" by the government's policy.

MediaWorks owns TV channels Three and Bravo, the Newshub service and half the country’s music and talk radio stations.

He believes TVNZ1 should be turned into a non-commercial channel and he told Mediawatch the company has engaged Sky TV's former government relations lobbyist Tony O'Brien to help promote the idea.

That would be good for MediaWorks, hampering one of its major competitors for on-air advertising and viewers. But last October broadcasting minister Clare Curran told Mediawatch it would not try to turn parts of commercially-driven TVNZ into a public service outfit.

"The mechanics of doing that would be nearly impossible. To turn it into a public broadcaster would have been difficult culturally and resulted in battles and a lack of value for the taxpayer," she said.

So why is Michael Anderson now pushing at what seems to be a closed door?

"I don't accept that it is not possible. You have the tools you need and you have New Zealand on Air to deliver strong public service broadcasting," he said.

"Additional funding for RNZ content makes sense. I have no issues with that at all. But once you mandate that it has to be (on TV) you are getting into a position of 'build it and they will come.' The government already has dedicated TV channels with the expertise and resources and studios to deliver TV programmes," he said.

"Decision-making at this time needs to be clearly thought through. There can be significant unintended consequences if you fragment the TV platform even further," he said.

Michael Anderson also told Mediawatch one reason for speaking out was that he felt his company had been excluded from discussions on the setting of broadcasting policy so far.

While RNZ+ is a work in progress with an as-yet unknown budget, RNZ’s chief executive Paul Thompson said earlier this week he was in "no hurry" with RNZ+ and it would not offer the sort of output offered by commercial broadcasters.

RNZ would not seek to to recreate the non-commercial state-funded channels TVNZ aired between 2007 and 2012, he added.

MediaWorks was not greatly affected by those channels - TVNZ6 and 7 - at that time. And there are currently dozens of TV channels for New Zealanders to choose from in addtiion to those funded or owned by the state. So why does Michael Anderson believe MediaWorks could be "wiped into oblivion" by RNZ+?

"I am not reacting to a fear of RNZ getting more money for content, but when you have an audience shifting across platforms . . . to mandate content for one specific TV channel doesn't make sense to me," he said.

He cited reports last November of Treasury forecasts warning the previous government that TVNZ may need financial support from the Crown by 2021 if its revenues continue to fall.

"What will our media landscape look like in three or four years? We have a stake in having a healthy TV platform," he said.

Michael Anderson took over at MediaWorks in 2016 after 20 years at one of Australia's largest commercial radio companies, Austereo.

Austereo has gone down the multimedia route in recent years, branching out into online and TV distribution. Its Southern Cross and Ten channels carry TV shows that are familiar fare on MediaWorks' channel Three including The Voice, The Block and The X Factor.