The waiting was the hardest part

The politicians who negotiated our new government were pursued by the press pack in parliament all through the process. Why did reporters spend draining days following their every move?​ 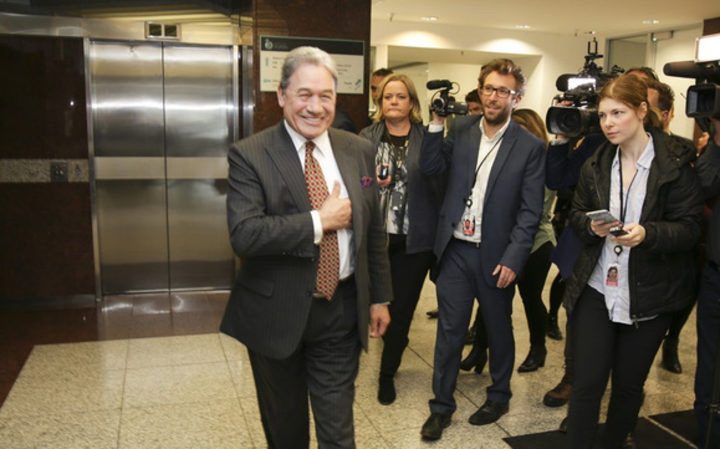 Once the election was over, political reporters started doorstepping politicians to ask who would be dealing with whom to form a government, and tracking their movements for hints about what might be going on behind closed doors.

They didn't give much away.

On Wednesday the media scrum that formed around New Zealand First MP Shane Jones hoping for hints about the political marriage being forged only got news about his own wedding.

Pretty hard to get a headline out of that - or this from Shane Jones the day before:

"Soon, the monarch butterfly will emerge", he told reporters.

Perhaps that’s why RNZ’s political reporter Craig McCulloch turned it into a children’s story instead.

Craig McCulloch didn't leave himself and his colleagues out of the yarn.

"Outside the elevators, we reporters traipse in circles waiting for Mr Peters to emerge," he reported.

They weren’t just hanging around by the lifts, the hallways and the stairs. They were also in the car park.

Newshub’s Lloyd Burr Lloyd Burr wrote a hilarious account of New Zealand First MPs and board members trying to bolt from the back of a parliamentary building without being confronted by him.

"Clayton Mitchell directed taxis into the carpark like an enthusiastic New World trolley boy during the Christmas rush. Ron Mark was in charge of the roller door, but it had a mind of its own. The carpark flooded with MPs and board members but many of them had nowhere to go because the cabs either couldn't fit in or were trying to turn around or were blocked by the erratic roller door. Some of the board members were covering their faces with their handbags like they were starring in some TMZ celebrity exposé. We had no idea who they were," he said.

"What an absolute kerfuffle. And for no reason," he concluded

But that's what some people thought of the reporters' dogged and draining pursuit of political leaders trying to form a government lately. Almost two weeks of stakeouts yielded no truly revealing leaks or clues about New Zealand First's decision.

"They don't look as tired as we feel, even though they're the ones doing the serious talking," said Newstalk ZB's Gia Garrick, describing the draining reality of "waiting for Winston" in The Herald.

On Wednesday, RNZ’s deputy political editor Chris Bramwell tweeted a photo of her colleagues pressed up against a Beehive garage door trying to get a peek at who was coming or going with the caption: 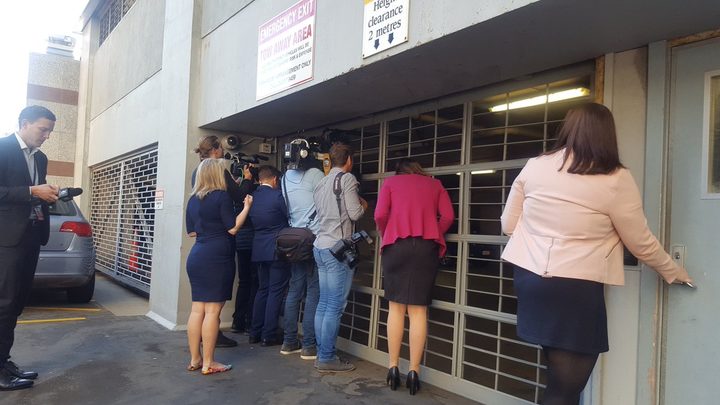 In response, some people asked why they bothered, if they’re doing this on our behalf:

Yo, you lot. We're not all hanging out to hear another leader not say anything. Report on poverty, dying penguins, climate change, abuse... https://t.co/hNFoyChjja

So did they really need to do it?

"Stakeouts are part of what we do, also when there's leadership changes and cabinet reshuffles," Bramwell told Mediawatch.

"We got criticised a lot for standing around and waiting for those politicians but we have to do that because that's the only time we can speak to them and the public has a right to know when they can expect to have a government formed," she said.

"It may look like we are standing around eating chocolate biscuits but it's actually quite exhausting. You have to be ready at any moment. There is tension the whole time," she said.

While it may have seemed like the politicians gave nothing away when confronted, Bramwell said deadlines and hints of progress were revealed, if not the big issues on the table.

"We are under a lot of pressure to update our news organisations regularly with what can seem like small developments but is actually new information," Bramwell said.

"It may seem like incremental stuff but it was important and we had to be at the bottom of the lifts to get it. If we weren't, our news directors would have been on the phone asking why we didn't get it. It's important that every news organisation was there,"  she said.

Former political editor turned lawyer Linda Clark said on Twitter the press pack's pursuit of the politicians was driven by FOMO  - fear of missing out - rather than the need to know.

During the past fortnight some political reporters said it felt like like 1996 all over again, and on Twitter Linda Clark claimed the media hadn’t changed their approach to MMP negotiations much since then either.

"Journos understand the process but the stake-outs create drama  - and a sense of crisis that critics of MMP rely on to undermine the system," she wrote.

"I guess there is a bit of FOMO and a sense of drama," Bramwell conceded, but it did not contribute to a sense of crisis.

"In the past we had hourly deadlines. Now there is essentially no deadline. Every moment and every piece of news is a deadline in its own right," she said.

She said the public would have been more concerned if the media had reported nothing during the negotiations.

Iif there was radio silence, people would be asking what was going on. This is actually MMP and how it works in action," she told Mediawatch.

"In 1996, they probably had one deadline a day. This time there was more information and more transparency about when things were going to happen," she said.