The fallout from reporting the raids - ten years on

Police and politicians faced fallout from the Urewera raids a decade ago - and so did the media, criticised for amplifying fears of terrorism and accused of jeopardising justice. 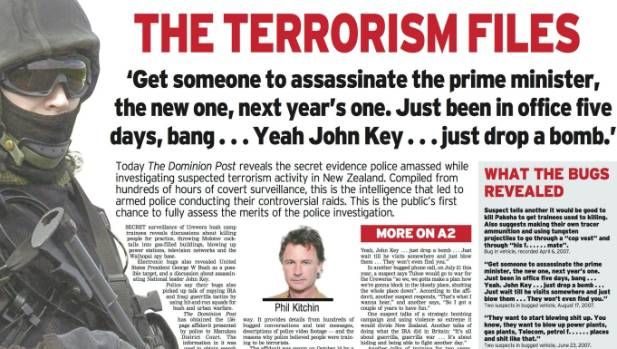 The day after the October 2007 raids, pictures of black-clad fully-armed police who blockaded Ruatoki and searched and photographed everyone coming in and out of town were all over the news.

Under a front page headline "Napalm Blast", the Dominion Post reported on the testing of "a napalm-style bomb" at a training camp.  The Press said he raids were "preceded by a Beehive meeting of the top-secret Officials Committee for Domestic and External Security."

While media claimed details had been confirmed by high-level unnamed sources, critics claimed alarming information might have been leaked to persuade the public that the highly controversial raids were justified.

There were also persistent claims some media had been tipped off.

Some reports described armed officers moving out of Kawerau police station ahead of the early morning raids in Ruatoki.

TV3 broadcast exclusive footage of a property in downtown Wellington being raided before dawn. The broadcaster said a cameraman was simply passing by and filmed the scene after hearing a commotion.

But if the powers that be didn't mind dramatic media accounts of the first raids carried out under the powers of the post-9/11 Suppression of Terrorism Act, they took action when the media revealed much more about the raids a month later. 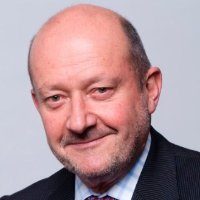 On 14 November 2007, the Dominion Post and The Press jointly published details of the 155-page search warrant application.

The Dominion Post went for broke under a giant red headline "The Terrorism Files".

At the time, three other media outlets told Mediawatch they also had the intercepted information, but had chosen to stay within the law.

Journalists in the dock

Lawyers for those arrested in the raids said the story was far from fair, and the revelations had prejudiced the trials of those charged with serious offences.  "The cat's out of the bag but I would like to see the publishers and the editor of the Dominion Post locked up for contempt of court," lawyer Jeremy Bioletti told RNZ.

Tim Pankhurst and then-Fairfax Media chief editor Paul Thompson were prosecuted for contempt of court in 2008.

It was shaping up as a precedent-setting case pitting the public right to know against fair trial rights.

The case hinged on whether the article would influence a jury.

While the editors argued the "Terrorism Files" story did not identify defendants, their lawyers said there was a risk that any one might be associated in jurors' minds with reported comments.

But in the end, the editors were cleared when the judge ruled jurors probably wouldn't remember the details so long after they first appeared and when many others had, in the mean time, commented on the case.

"Don't forget the PM had talked about napalm, the Solicitor-General himself talked about very disturbing activities. There was a lot of information and a lot of talk out there already," Tim Pankhurst told Mediawatch in 2008.

And though it was established in the contempt of court case that Fairfax had breached suppression orders and published intercepted communications, police did not lay charges.

"It was a massive story at the time," Tim Pankhust told his former paper in 2014.

"We were right to publish, but we should have focused more on the heavy-handed police action."

By the time the case against those arrested in the raids came to an end, in 2012, terrorism charges had been dropped.The so-called "Urewera Four" were found guilty of some of the 10 firearms charges each faced.