Turning up the noise on an unlikely 'teal deal'

The left field idea of a National-Green government made many headlines this week, even though political reporters and pundits insisted it was never going to fly - referencing Rosa Parks and The Sex Pistols in the process. ​ 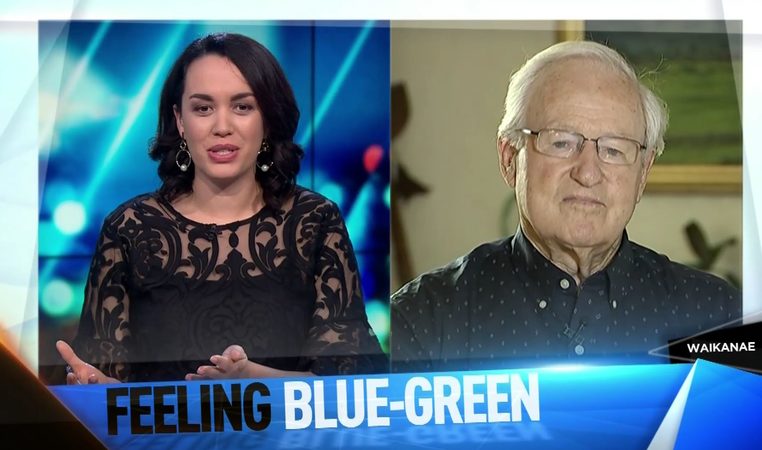 Former PM Jim Bolger on TV3 backing the bid for talks between national and The Greens. Photo: screenshot

When Opportunities Party leader Gareth Morgan conceded he hadn’t made the cut on election night, he challenged the Greens to hook up with National. No-one took much notice at the time, but three days later a National supporter started an online petition backing the idea.

The same day, Newstalk ZB’s Rachel Smalley said on air that “in an ideal world James Shaw would be in coalition talks right now with Bill English." Her thoughts also appeared in ZB’s sister publication The Herald and deputy PM Paula Bennett floated the idea on TV3.

But the notion really got moving in the media last weekend.

Former Prime Minister Jim Bolger told TVNZ’s Q+A last Sunday that the Greens should step up to talk with National. Last Monday, Larry Williams on Newstalk ZB lashed the Greens as "dopey" for passing up the opportunity, while at the same time the former Green MP bracketed with the party’s policy on dope in the past - Nandor Tanczos - was talking about it on Morning Report on RNZ.

"There is a lot of talk in the media and in the public at the moment about the merits of a National-Green coalition. There seems to be a deliberate and concerted effort to push it," Nandor Tanczos had written last weekend.

One who actually was - Russel Norman  - appeared on TV3’s AM Show the same morning to say a Blue Green government simply wouldn’t happen.

"Even if the proposition has no legs, a lot of people would like it to grow some," Jane Clifton wrote in the Listener.

But which people? And why?

"What appears to be a carefully orchestrated social media campaign has been running all weekend designed to try and push National and the Greens into government formation talks. The campaign appears to be motivated by National Party supporters - and possibly some MPs - who do not want to see the party do a deal with New Zealand First," wrote Richard Harman on his website Politik.

This campaign may have "sinister overtones," said Richard Harman.

“Some of the commentaries on social media might have been paid for,” he said.

"No one is paying for any Teal Deal campaign. That’s a conspiracy theory by some Greens staffers," he said on Twitter.

No one is paying for any #tealdeal campaign. That’s a #conspiracytheory by some @NZGreens staffers.

"A campaign is believed to be being backed by a group of wealthy Auckland business people," Politik.co.nz reported on Tuesday - while the very idea of paying for it amused Jane Clifton:

"I've been having a quiet snigger at those unwittingly joining the chorus & promoting it for free - as if it's a genuine thing," she tweeted.

TV3’s The Project reckoned it was a genuine thing - with momentum.

“Pressure is mounting. Never has the idea been taken so seriously,” said host Kanoa Lloyd, after which former PM Jim Bolger appeared to give the idea another push (with a confusing US civil rights comparison with Rosa Parks).

On Wednesday, in an airport stand-up that went on for 11 minutes, a frustrated James Shaw tried to tell reporters he wasn’t on aboard the Blue/Green Express bus out of Montgomery, Alabama. He said talk of a 'Teal Deal' was being fed "through proxies and is all PR and fluff".

Asked whether he believed it was a paid campaign to promote the idea of a National-Greens deal, he said he did not know, and he did not care. It was "all noise, but no signal," he said.

But should we care? 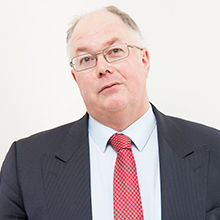 "What National is doing is not dirty politics," said the NBR's political editor Rob Hosking under the headline How real is the Teal Deal?.

“So what? People get paid to shop pretty much every idea in politics, from trade unionists to business lobby groups,” he wrote.

"I call it the 'Sex Pistols Rule'," he told Mediawatch.

"They had a song called 'No-one Is Innocent' and that should be emblazoned on the wall of every newsroom," he said.

"Everyone has an agenda. That's not a cop-out for journalists. You've got to evaluate everything on its merits. It is an interesting idea that wasn't happening at this election, but it's an idea that's worth discussing and it will come up again and again," he said. 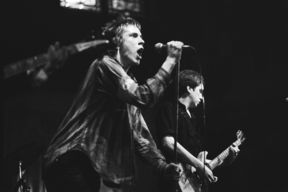 But even if 'No-one is Innocent', is it right for the media to amplify the noise about a Teal Deal while appearing 'Pretty Vacant' about who was backing it?

No reporters named the people 'believed to be' bankrolling the PR efforts and seeding the idea on social media at the very time when political parties were forming a new government.

"If people were being less than transparent, that's fair enough," said Rob Hosking.

"But this was an idea that was being kicked around, and the thing that gave it more attention was the vacuum factor. Nobody knows what's going on. I don't see that it has affected coalition talks and it is an interesting idea that will come back. A lot of our long term issues are the issues the Green Party has been pushing," said Rob Hosking.

NOTE: This article has been amended since publication to make it clear that commentators Matthew Hooton and David Farrar were not part of a paid campaign to promote a coalition of the National Party and The Greens.