Brent Edwards signs off at RNZ

After seeing out another election at RNZ, newsgathering boss and former political editor Brent Edwards has left after 16 years at the broadcaster. Mediawatch asks him why and how he sees the state of journalism today. 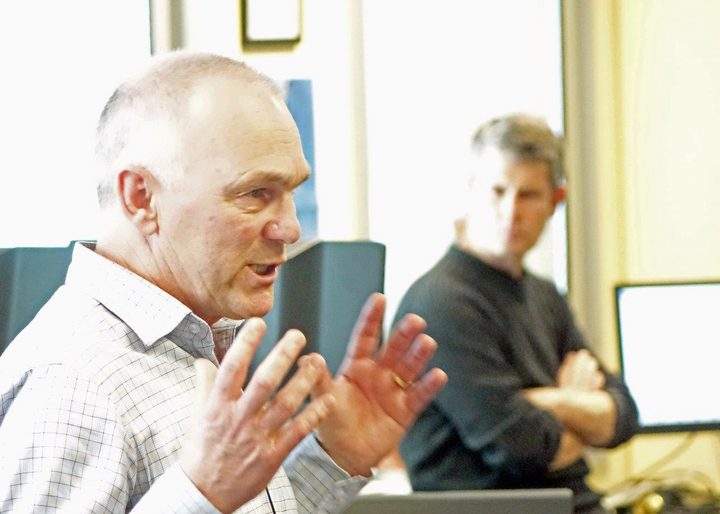 After every general election, people who have been part of the political scenery depart as they retire - or the voters retire them. Former RNZ political editor Brent Edwards wanted to see this election out before he left the broadcaster.

Current and former colleagues paid tribute to him on his last day recently. Among those sending a recorded message was caretaker PM Bill English.

"There are aspects of how the world runs on which we fundamentally disagree," said Mr English.

"He is very principled, but he never let that get in the way of dealing with people. I always listened to what he had to say and you don't say that about every journalist. I felt he was someone from whom you could learn a lot. He's been a truly professional journalist," said Bill English.

These days politicians prioritise social media as a means of getting their messages out to people. They can make their own broadcasts on YouTube channels or Facebook Live without getting the news media involved at all.

Indeed, the news media even turn their social media snippets into news. In Mr English's case, the whole country now knows how he makes a pizza and how he jogs.

In recent US, UK and Australian elections political parties and campaigners sought to bypass the news media and get messages out directly to voters online.

But Brent Edwards reckons the news media here remain the most important conduit for informing voters.

"The news media still have a lot of influence and that's why journalism is important. We ought not to get defensive of criticism of us. But we ought to review how we perform especially during elections," Brent Edwards told Mediawatch

"Some media got very focussed on the presidential contest between Jacinda Ardern and Bill English," said Brent Edwards.

"Leadership is important but the media must get that balance right," he said.

Days before Andrew Little quit as Labour's leader he was criticised by commentators for admitting he was weighing up whether he should still be the party's leader.

Brent Edwards went against the grain with an opinion piece for rnz.co.nz pointing out that Andrew Little was penalised for that honesty.

"We do have this expectation of honesty from our politicians. The media lampoon people for dishonesty - but also criticise them for political naivety if they're honest. The public bear some of the blame for this too. The media could stop covering politics as a game. That would make a big difference," he said.

"People need to know behind the scene what is being done, but we get obsessed with the game and seeing elections as a horse race. I'm not sure that really serves our readers, viewers or listeners best, or provides the sort of journalism that sustains democracy," he said.

Since the rise of Donald Trump as a political player, media pundits have claimed we have entered an era of 'post-truth politics,' where politicians seem not to suffer for putting out clearly misleading statements and the media seem powerless to counteract the impact of so-called 'fake news'.

Brent Edwards reckons our media can hold its head up in this regard.

"Political parties have always put their spin on things to try and denigrate the policy of another party and twisted the facts to do that. The media did its job. On the 'fiscal hole' story all media made the point that no economist agreed. Voters could look at it make up their mind about whether they thought it was significant or not," he said. 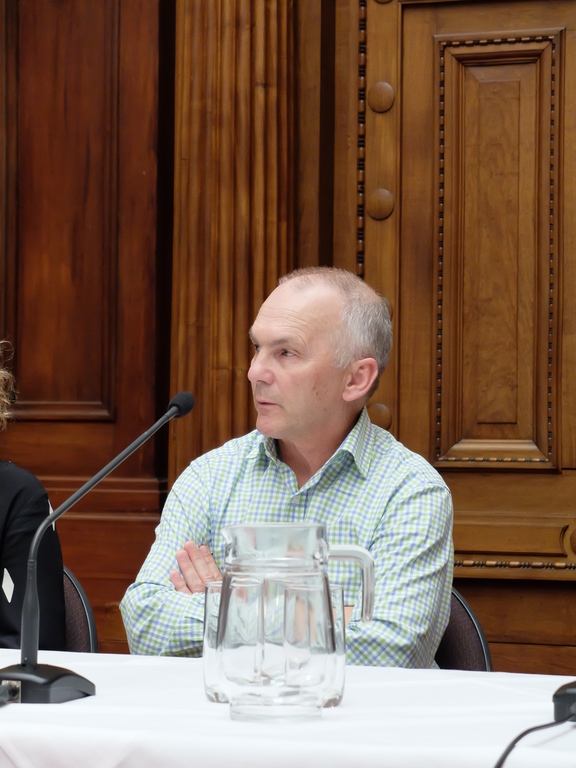 Not only was he a senior figure at RNZ News, he’s also been a leader in the journalists union E Tu and a campaigner for media freedom and journalists rights and safety in New Zealand and overseas.

He told Mediawatch, he will continue to be all those things. So why not at RNZ?

He says that as director of newsgathering he had a management role. There was a recent restructure of the RNZ newsroom in which three colleagues were made redundant.

"I was required to support that but I have opposed redundancy all the way through. They weren't necessary in my view and I couldn't support them. My option was to resign - so I did," he said.

RNZ's multimedia transition has been the backdrop to the restructuring and job losses at RNZ.

"I absolutely support a multimedia strategy. You'd have to be head in the sand to try and operate and survive without one, " he said.

"My idea is a strategy based on very strong radio, an excellent website and video on demand. All of that has to be underpinned by a commitment to  public service journalism. As soon as you undermine your journalism, then you undermine the reason people would come to any news organisation.

"There are probably some differences around how that happens."

Does he think journalism at RNZ has been undermined?

"I don't think so, but there are always debates in every newsroom about how we do journalism - and there should be. I have resigned my position but I remain an ardent advocate of RNZ, and I hope to carry on having an association with RNZ," he says.

"There are all sorts of teething pains as we go through transition. There are disagreements at times as I had a disagreement about redundancies. But that's life.".

Recent years have been a time of turmoil for commercial media companies as the revenue they have relied upon  - advertising and sales - has slumped. The number of full-time journalists reporting news around the country continues to fall.

Commercial media have responded to commercial pressure by moving away from traditional journalism and towards content they hope will prove popular in the short term.

"Local body politics is central to people's lives and what they can do where they live. There is so much less coverage of this. When I was a young journalist I used to sit through Waimea County Council meetings every Friday. A lot of it was turgid. I admit to falling asleep occasionally. But it was a real watchdog role.

"That is being undermined because we have too few journalists in this country."