Immersed in the news

Virtual reality and 360 video are already part of the mix for big names in news overseas. Now two new projects here have had a crack at it with funding from the public purse. Is “immersive journalism” a game-style gimmick or a tool to really revitalise the craft? 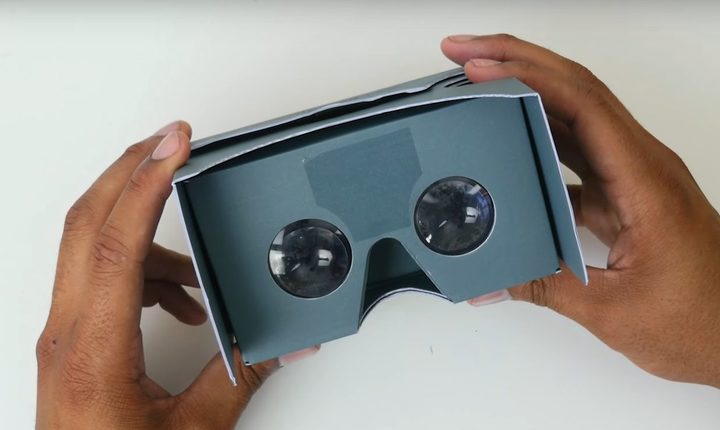 Peering into a viewer is back in fashion again. Photo: screenshot / YouTube

People of a certain age will remember the Viewmaster: a hand-held plastic viewer which cycled though images on discs which appeared in 3D when you peeked into the lenses.

Originally a novel way to sell postcard-style tourist shots, sales took off in the 1970s when toymaker Mattel produced versions of Disney movies.

But 3D movies had already been in and out of fashion, and watching Herbie Rides Again or The Jungle Book seven stereoscopic images at a time was not nearly as compelling as watching the actual movies.

However, peering into a plastic or cardboard viewer is back in fashion.

Simple and cheap viewers can now turn your smartphone into a viewer for 3D images and 360 video. Downloadable apps adapted from gaming technology offer virtual reality experiences. Mattel is even making Virtual Reality 3D headsets now with the retro styling of the old Viewmasters.

And the news media are now jumping on the bandwagon too.

VR and 360 video have become key tools for 'immersive journalism'. The idea is not just to describe and depict events in the news, but make it possible to experience them online.

A 360 degree video puts you at the centre of a scene, allowing you to look left, right, up, down and behind you.

In 2015, The New York Times launched its own VR app and sent one million Google Cardboard headsets to subscribers.

It captured the cramped conditions in which workers in a north Indian factory make rugs and carpets for global homeware giant Ikea. It’s been watched hundreds of thousands of times online.

The WSJ's Karan Deep Singh told Mediawatch it was easier than you might think.

"It's just like recording a normal video but with different kit," he said.

"It's a lot of work for viewers to put their phone in and their headphones on and leave everything else to do this.  Publishers worry that people won't have the motivation to do this. The piece has to be deserving of all this effort," he said.

"A 2D video can show and tell, but VR videos let you be the person working in those factories. We wanted to take you to place you would never go to otherwise," he said.

Bringing a battle to life

The Valley - an investigation by Fairfax Media’s multimedia investigative team Stuff Circuit - is the most sophisticated multimedia journalism yet seen in New Zealand.

Stuff Circuit journalists went to the site of the Battle of Baghak in Afghanistan, where two soldiers from New Zealand's Provincial Reconstruction Team died in August 2012.

The project's custom-made VR app puts the user in an animated 3D reconstruction of the battle site and offers them selected virtual vantage points. A commentary explains key events as they actually occurred back in 2012 and sets out the disputed claims. 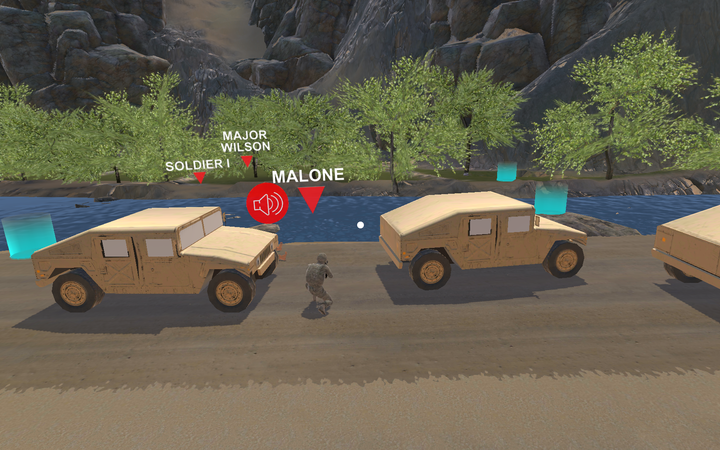 A scene from The Valley VR app which animates the battle of Baghak landscape. Photo: supplied

"This is a journalistic tool. It's not a game," The Valley’s lead producer Eugene Bingham told Mediawatch.

"Going there was one thing but we wanted to enable people to understand what had happened and where it happened," he said.

"The official version of what happened is augmented by what we discovered. Through VR we can point out those disputed events and how they came into play," he said.

The virtual reality of the housing crisis

Like The Valley, Unsettled: Housing in Crisis is a New Zealand on Air-funded documentary project using new digital tools to engage the audience.

It promises "real stories and real data" about slipping home ownership rates and what that means for the future of New Zealand. It's timely during an election campaign in which polls have picked out housing as a top issue.

Unsettled can be viewed on a normal screen at The Spinoff but it’s only with a 360 viewer or VR headset that you get the full effect of the immersive journalism Charles Anderson has created.

Charles Anderson in a 360 video in 'Unsettled' on thespinoff.co.nz. Photo: screenshot / Unsettled

Using data and interactive prompts, users can compare their personal situation with the featured couples and families from around the country. You can even compare your home with theirs, which appear in 360 video. Or, in the case of recently rehoused solo mum Rauaroha from Port Waikato, with the carpark by the Tuakau river which was her family’s home for a while.

New tools like VR and 360 video are becoming routine tools for the media, but Anderson told Mediawatch not every story needs them.

"Journalists and editors are keen to try things out, but everything you use has to serve the story. There's no point in doing an investigative piece or feature if the things you throw at it distract the audience or detract from the piece. But as the technology becomes more ubiquitous and readers' habits change you have to move with the times," he said.

Unsettled can be viewed in one go in about half an hour. It could easily be re-edited to screen as a TV documentary. It could also be published as a 12-page lavishly-illustrated feature in North & South magazine.

But the way the story is broken into chapters for online viewing means the issues and interviews don't have to be morsel-ised as they would be in a traditional TV documentary.

"How you incorporate the users' experience is increasingly important. As the technology gets better, viewers will be able to access this a lot easier,' said Anderson.

"We debated whether we wanted to encourage people to skip through our own documentary. Is it better that someone skips from the start to the end and gets a flavour of what it is - or just closes the window and doesn't bother with the rest if it?" he asks.

$175,000 of New Zealand on Air funds went into Unsettled - a lot less than the cost of a tradition factual TV programme of similar length.

"TV production companies are seeing where the trend is going," says Anderson.

"They are trying to re-engineer themselves to be more nimble in the online space. New Zealand on Air still wants to reach as many people as possible and TV still reaches a lot of people. Will that be the case in ten years' time?"

"The current data would say no. It makes sense to create things for the online space which has more flexibility, more versatility and more room for innovation than TV does for sure," he says.