The National Business Review has pulled out of the national awards for business journalism because it says the sponsor vetoed one of its reporter's entries. Others have followed suit and put the awards future in doubt.

Journalists love to win awards and their editors are usually delighted too because it makes their outlets look good. They’re often only too happy to publish stories about their reporters’ awards successes.

But this morning the editor of the National Business Review announced four of its journalists have withdrawn from New Zealand’s main annual business journalism awards competition, sponsored by global accountancy firm EY.

Entries of journalists from RNZ and NZME - publisher of the New Zealand Herald - have also been withdrawn. Fairfax media sought assurances from EY and decided to withdraw when these were not forthcoiming.

Business journalist Rod Oram has also asked to be removed from the list of finalists, citing damage to the credibility of the awards.

The NBR said EY had disqualified an NBR entry which had been entered in one category and this had prompted an independent judge of the awards to resign.

That judge was Listener magazine journalist Rebecca Macfie, who was chosen as the EY Business Journalist of the Year at last year's awards. The judging panel also included the chairman of EY New Zealand, Alan Judge, and Rob McLeod, who recently retired as an EY managing partner.

The NBR entry at the heart of the dispute was one by long-serving business journalist Karyn Scherer.

It exposed what NBR called "questionable sales tactics and dodgy accounting" at Fuji Xerox New Zealand. It followed her scrutiny of surprising financial losses reported by the company in September 2016.

Karyn Scherer's work revealed excessive spending within the company and that whistleblowers had tried for years to draw attention to problems.

It proved to be scoop with legs.

The Serious Fraud Office is investigating and just this week the NBR reported three government contracts with Fuji Xerox had been suspended.

EY says it sponsors the journalism awards to “raise the profile of journalism and helping build trust and confidence in the markets."

You'd think Karyn Scherer's work would fit the bill. But the NBR claims EY disqualified Karyn Scherer's entry because Fuji Xerox is one of EY’s clients. NBR says EY audited the company for five years during which the accounting irregularities highlighted by the NBR occurred.

Rebecca MacFie said it seemed obvious that there was going to be "an issue" for EY with Karyn Scherer's story and she suggested the judges connected to EY take no part in judging it. She said it later became clear the company could not accept that story as an award-winner.

"At that point it was straightforward for me. I could no longer be involved (as a judge) if a story could not be judged in its merits because of internal conflicts," she told NBR .

EY's communications director Jenni McManus, formerly an award-winning business journalist herself, has not responded to Mediawatch's questions or commented on the NBR's claims.

But NBR editor Duncan Bridgman told Mediawatch it was made clear to him by an EY spokesperson that "EY global bosses did not want to see that story in the awards". 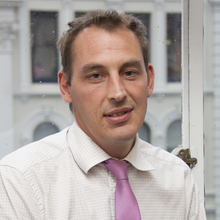 "The awards are well-intentioned . . .but we cannot bow to corporates who don't like the stories," he said.

He said there was a clause in the awards conditions allowing the sponsor to disqualify entries at any time in the process. This should be written out of any awards in future.

Commercial and corporate sponsors now have a growing role in funding journalism through 'content partnerships' with mainstream media and as major sponsors of start-ups publishing journalism.

"There must be some transparent scrutiny of the dymanics of the relationship with journalism," said Duncan Bridgeman.

The award winners are due to be announced at a lunch on 31 August in Auckland. It remains to be seen how many will turn up on the day.