A recording allegedly made in secret was the downfall of scandal-struck MP Todd Barclay who has vanished from public view. Now another recording has restored the reputation of a reporter accused of throwing her weight around trying to track him down.​ 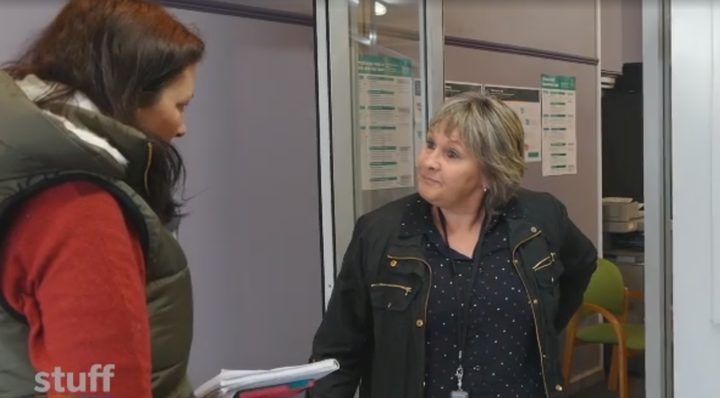 Maybe for her, but not for reporters.

Todd Barclay has missed many public events and he has been absent from the House and select committees after announcing he won’t contest the next election, but Paula Bennett went on to tell Jack Tame the media were making too much of the missing MP.

"I'm sure he'll turn up at some stage in the next few weeks . . but he just hasn't been fronting the media and I don't really blame him," Paula Bennett told Newstalk ZB’s Larry Williams the same morning.

That sounded like a green light from the leadership for dodging the media spotlight and swerving legitimate questions he has yet to answer.

Paula Bennett also told Larry Williams Mr Barclay is not on gardening leave - just as well: no-one had seen him in his garden either. The only report of him surfacing anywhere was a sighting at the Pig and Whistle pub in Queenstown earlier this month.

Nice headline, shame about the answers. Mountain Scene doesn't get the response it hoped for from its low-profile MP. Photo: screenshot

Mountain Scene sent 12 written questions, including whether he’ll give a statement to the new police investigation.

But the reply ignored them all, and was backfilled instead with a list of things Todd Barclay claimed to have achieved for the region in his time in office so far.

Last weekend the Sunday Star Times was also asking: "Where’s Toddy?" - presumably a play on the Where’s Wally? kids’ picture puzzles. Lobby group The Taxpayers’ Union was keen to make him look like a bit of a wally in the capital, issuing this plea:

We are seeking volunteers this week to help handout missing person flyers on Wellington’s Lambton Quay. Can you help? #WhereIsToddBarclay

They weren’t the only ones leafleting on the issue. On Monday, The Southland Times said police had been called after someone stuck notices calling for the MP's resignation to the windows of Todd Barclay’s electorate office in Gore.

That wasn’t the only time police were asked to act on people rocking up there.

Fairfax Media’s reporter in Gore Rachael Kelly called by with a colleague last week to find out what Todd Barclay had been up to since disappearing from public life - but she had no luck.

"Kelly and a local cameraman have been accused of intimidating and threatening behaviour, even of being physically aggressive. And the allegations were made at the highest levels, from the Prime Minister's office and Parliamentary Service."

That sounded bad. Something must have gone very wrong.

“It was alleged Kelly and her cameraman "barged" into Barclay's office and harassed and intimidated staff - even pursuing them to the back of the office, leaving the staff feeling threatened and under siege,” wrote Tracy Watkins, who also said the police had been alerted.

Tracy Watkins said Fairfax Media's South Island editor-in-chief Joanna Norris had phone conversations with a senior member of the PM's staff - who was not named - and the head of Parliamentary Service David Stevenson.

But Rachael Kelly’s colleague was recording the encounter in question for a video report to accompany her “Looking for Todd Barclay” story for the stuff.co.nz website.

It showed the pair at the office only briefly and after being told the MP wasn't there, they politely departed. No aggro, and no barging or forced entry as alleged by the PM’s office.

After the video appeared online, the Parliamentary Service and Police decided no further action was necessary.

"If it had not been for Stuff's ability to produce video evidence, the allegations would probably have stuck," said Tracey Watkins, who reckoned the response could be part of a Trump-type strategy to undermine the press.

Rachel Kelly was filming her routine door-knocking because it was part of the story about looking for Todd Barclay. It was quite likely to be the only footage she would get in Gore that day with anyone who knew his whereabouts. On any other occasion, there would be no reason to have the camera running.

If journalists are going to face unfair claims of bad behaviour, they’ll be tempted to record all their dealings with political figures and their staff just in case. That won’t make it easy to form relationships that journalists really need to gather real news.

And it's deeply ironic that this matter was settled by a recording of an encounter with Todd Barclay’s staff coming to light. That's something that hasn’t happened yet in the matter of the secret recording Todd Barclay’s alleged to have made on the premises last year which ended up causing his downfall.