Getting engaged with the audience

Thousands of people took part in TVNZ's recent interactive project What Next? but critics complained the questions and answers didn't reveal very much. 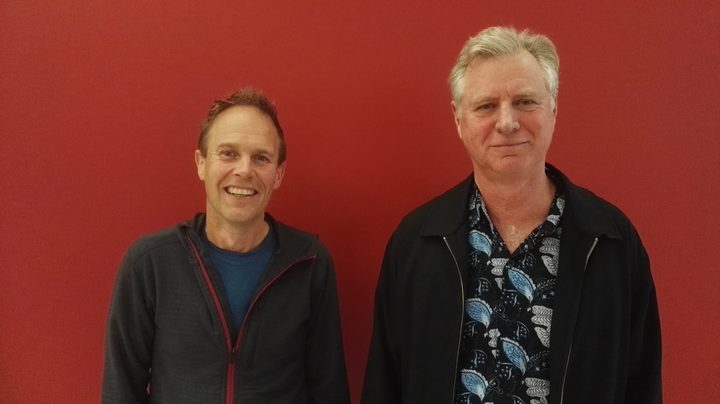 What Next? was live on TV and online on five consecutive nights and it was praised for getting serious New Zealand issues discussed on prime time TV and persuading people at home to take part.

TVNZ says nearly 1.5 million people watching the show on TV at some point across the week, and there were 350,000 video views on Facebook.

TVNZ also claimed there were more than 200,000 online responses to the show's questions and this showed “overwhelmingly, Kiwis want change.”

But in a review published on stuff.co.nz last Monday, associate professor in Media and Communication at the University of Auckland Luke Goode disagreed.

"Poorly framed questions, scattergun topics and a disconnect between studio discussion and audience feedback made it seem more like interactivity for its own sake than a platform for serious public debate," he wrote.

Viewers were asked if they wanted to live to 130 years of age, and if they'd give eats bugs instead of beef to help the environment.

But the answers were expressions of personal preferences rather than public policy, he said.

In the NBR last weekend, technology consultant Roger Dennis said What Next? far outstripped any previous effort address the future - and the results were meaningful.

But he felt What Next? only scratched the surface.

"The nature of live television means that deep coverage of the topics isn’t possible. Perhaps the next step could be a series of live events around the country that allow people to engage at a deeper level," he said.

A new way of mapping people's opinions on issues that matter. Photo: supplied

But how do you do that?

The idea is to get large groups of people to share their knowledge or opinions to produce “collective intelligence” about complex and challenging problems.

Scoop.co.nz has run HiveMind projects on issues including sugar and obesity, and making housing affordable

Individuals taking part agree or disagree with a series of statements, and they can see where their opinions fit among clusters formed by those of others people taking part.

The online visualisations are live, with clusters forming, moving and even splitting apart as more and more people take part.

The visualisations look abstract at first glance, but are actually quite simple to interpret. Taking part doesn't take long either. 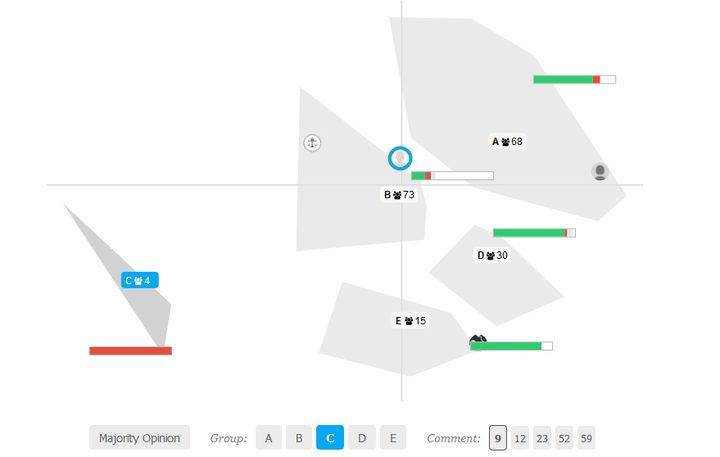 "Each of those services uses statistics to group you with people who buy and watch similar things, then show you things that those people bought or watched. When you cast a vote on a comment, you are grouped with people who voted like you did," says Scoop.

Jon Pennington says the comments people are confronted with could be the policy positions of lobby groups or political parties they might not otherwise consider, and they may find themselves surprised to discover their own views don't diverge from those of other people as much as they might have realised.

"We're still using mid-to-late 20th century tools to grapple with things like climate change and the changing nature of work. These are not questions we had to face until recently. They demand different ways of making decisions and this is a great time to experiment," says John Pennnington.

"It would be amazing if you were a doctor or a lawyer or architect and you stopped being up to date with the latest developments in your field's knowledge. Yet democracy and politics seem to be locked into a model that isn't engaging with current and new developments," he said.