Screening the Cup not plain sailing

Success on the water from Bermuda stirred a little bad blood between broadcasters at home last week. 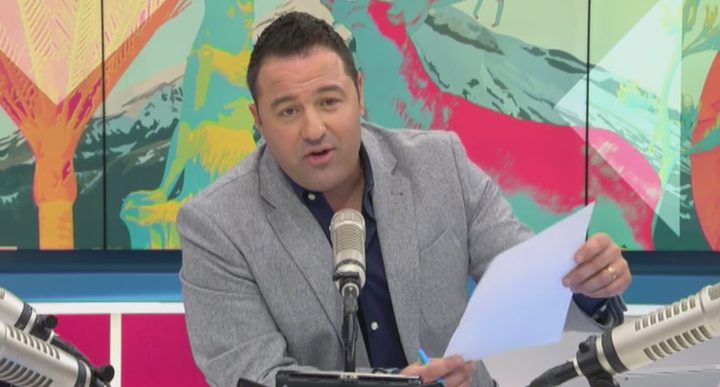 Despite substantial public investment in previous campaigns, the government decided in early 2016 against directly backing the latest America's Cup campaign this time.

Though that meant Team New Zealand could get money from Callaghan Innovation, the government agency supporting hi-tech businesses in New Zealand.

So technically taxpayers without pay TV were missing out on something they'd partly paid for.

Sensing a popular campaign to get behind, Duncan Garner urged viewers of The AM Show to put their names to the petition.

On Tuesday, he was very excited when Sky's statement reached him on the show.

It read: "Emirates Team New Zealand have beaten Artemis Racing, and free-to-air viewers can now enjoy delayed coverage of the 35th America’s Cup on Prime. Starting from 6.30am Sunday, 18 June, Kiwi fans can support Peter Burling and the team each match day as they go up against the defender, Oracle Team USA ... Coverage of the 35th America’s Cup will replace Prime’s normal programming schedule."

But did Sky – which has more than 800,000 subscribers – really cave in to a rival media company's campaign, which got online support from 5,500 people?

And Prime TV viewers would only see the action for free an hour and a half after Sky Sports subscribers watch it.

It's exactly the same arrangement Sky and Prime have for big rugby matches.

But why would Sky offer a free lunch – even if it just reheated leftovers?

To ward off criticism of its long-standing near-monopoly on premium live televised sport.

As the NBR's digital editor Chris Keall pointed out, "Sky has had a pretty good political instinct over when to compromise, such as with the Rugby World Cup finals."

Sky's director of communications Kirsty Way told the NBR: "If Duncan wants the event in its entirety on free-to-air, he would be better off to lobby both his employer and TVNZ – New Zealand's largest free-to-air providers."

And for them it would be a case of careful what you wish for – coverage live on Prime would mean far fewer people tuning into TV3 on weekdays when Duncan Garner and his AM show is on the air.

In broadcasting, naked populism can bite you on the bum.