Mixed messages after atrocity in Manchester

The media struggled with the contrasting moods of horror, anger and sorrow in the wake of this week's suicide attack in Manchester. Some commentators aired extreme views at a time when calm was being called for - even here.​ 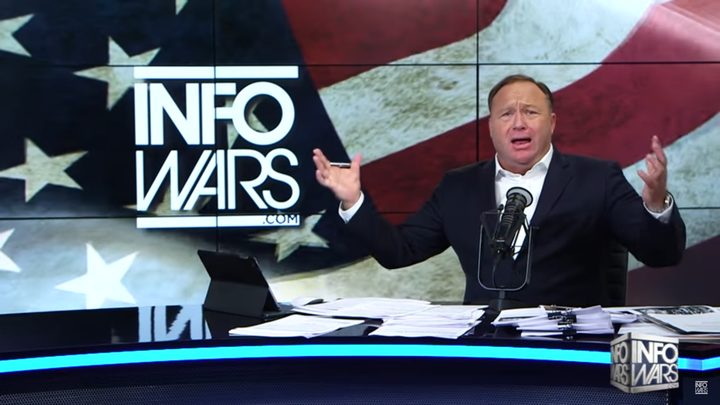 Immediately after last Monday's murderous attack, most media outlets in the UK stuck to the facts. But not some of their commentators.

We need a State of Emergency as France has. We need internment of thousands of terror suspects now to protect our children. #Manchester

When it was pointed out to Daily Telegraph columnist Allison Pearson France doesn’t have such powers, she proposed emergency internment used by the UK in Northern Ireland from the 1970s.

This sparked angry reaction from those saying that policy prolonged the conflict there and may have provoked further instances of terrorism on the UK mainland.

All this was happening against the backdrop of an upcoming election in the UK, and political parties suspended campaigning.

But not the right-wing top-selling tabloid The Sun. Less than four hours after the explosion in Manchester, it published this:

"Innocent people were murdered specifically because Jeremy Corbyn and John McDonnell sucked up to the IRA. The Labour pair were snivelling IRA fanboys as it unleashed slaughter on Britain."

Back in the 1980’s the current Labour Party leader and his deputy had both met Irish republicans who’d been involved in IRA terrorism. The Sun didn’t mention that Conservative governments also arranged secret meetings with Irish republican leaders at the time. They helped open up channels which led eventually to a ceasefire.

But balance wasn't an issue for a paper determined to use the Manchester atrocity to tell readers not to put Labour in power.

"They hate the West, hate Britain and longed for our defeat. Now they seek to run our great country. We must not let it happen," said The Sun.

But that was mild compared to the outrage sparked by UK Daily Mail columnist and broadcaster Katie Hopkins.

"22 dead - and the number rising. Do not be part of the problem. We need a final solution," she tweeted hours after the bombing.

Adopting the name of the Nazi policy that led to the Holocaust prompted more complaints to UK police and allegations of hate speech by Hopkins, who has appeared on Newstalk ZB as an occasional pundit in the past.

New Zealand - you can look forward to waking up with me, tomorrow @NewstalkZB - talking Syria & Sweden pic.twitter.com/8Oe1DOcLkk

Hopkins was fired by her London radio station LBC this weekend, but Fairfax Media got no response from ZB's owners NZME when it asked: "Why haven't you sacked vile commentator Katie Hopkins?"

On Newstalk ZB last Wednesday, morning host Leighton Smith told his listeners it was wrong to believe the attack was "just the work of a lone wolf or deranged individual and it does not reflect on any group or religion". That would not be "confronting reality," he said.

"Preventing free speech so that you can't comment on things the way they really are is so nonsensical it's frightening," he said.

"I expect that is going to come in to play in certain parts of the world shortly - here, for example," he said. "It is being applied in countries not dissimilar to our own. This is something that must be fought," he said.

Those comments were prompted by this headline: "London Police launch crackdown on free speech amid Manchester attack".

The article - which Leighton Smith said he had not actually read - came from Infowars.com the website run by far-right, pro-Trump, anti-Islamic broadcaster and conspiracy theorist Alex Jones.

But there was no "free speech crackdown."

The article was about the Metropolitan Police in London acknowledging they had received complaints from the public about another Katie Hopkins tweet. Nothing more.

Western men. These are your wives. Your daughters. Your sons. Stand up. Rise up. Demand action. Do not carry on as normal. Cowed.

After Leighton Smith read that tweet aloud in a Guardian article, several ZB talkback callers vented on air about Islam and violence.

A calmer debate about religious extremism was broadcast on Australia’s ABC Television on Monday night.

On The ABC’s Q And A, which had been recorded before the Manchester bombing, US writer Lawrence Krauss said the people in greatest danger from a Muslim terrorist are in Muslim countries.

"In the US You’re more right likely to be killed by a refrigerator falling on you," he said

That prompted an extreme reaction on the website of Quadrant, which calls itself Australia’s "leading intellectual journal of ideas, literature, poetry and historical and political debate." 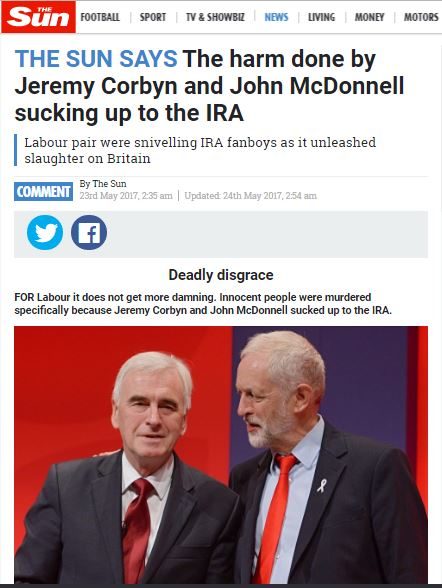 The Sun seized on the bombing to hammer Labour's leaders even though political party campaigning was suspended. Photo: screenshot

Quadrant’s online editor Roger Franklin said the Manchester bomb should have gone off at the ABC during that programme.

“Unlike those young girls in Manchester, their lives snuffed out before they could begin, none of the panel’s likely casualties would have represented the slightest reduction in humanity’s intelligence, decency, empathy or honesty. As Krauss felt his body being penetrated by the Prophet’s shrapnel of nuts, bolts and nails, those goitered eyes might in their last glimmering have caught a glimpse of vindication," he wrote.

It seems that saying the 'extremism breeds extremism' applies in parts of the media too - even here, half a world away from Manchester.