Turning up the heat on housing

The housing shortage surged to the top of the news agenda this week with political promises of more new homes in a hurry, and a housing minister lashing out at charities and the media. 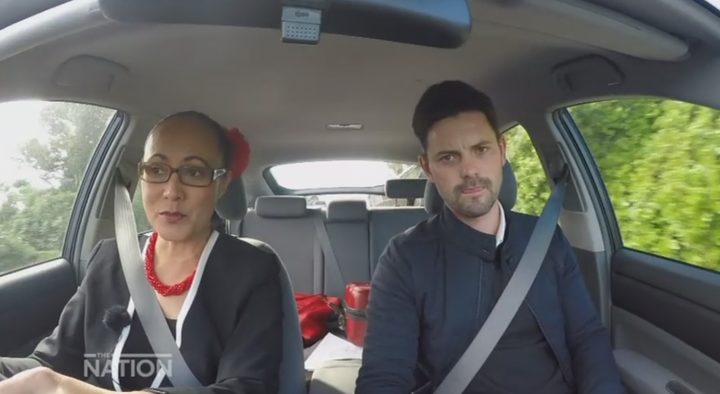 The recently-appointed associate social housing minister Alfred Ngaro made headlines at a regional National Party conference last weekend when he suggested critics of his government might find it hard to get public money in future.

He also criticised groups working on emergency housing and singled out The Salvation Army for orchestrating a media campaign on homelessness.

It was Newsroom.co.nz co-editor Tim Murphy who first reported what he called ‘the extraordinary blurring of party politics and government policy implementation” in Alfred Ngaro's comments, which he also described as “laced with political menace against those who question National's performance on housing.”

TVNZ’s political reporter Katie Bradford pointed out these were not off-the-cuff words, but part of a presentation with slides. On RNZ’s Nine to Noon, left-leaning pundit Stephen Mills reckoned it was possibly the first time charitable NGOs had been threatened by powerpoint.

But it was not the first time they’d been heavied by email.

Earlier this month RNZ’s Checkpoint with John Campbell reported housing providers were warned to refer emergency housing issues "likely to appear in the media" to ministry officials before commenting.

After Checkpoint asked the The Ministry of Social Development for comment, the housing providers in question were told it had all been a mistake.

That’s pretty much what Bill English said about Albert Ngaro’s comments too, after the minister himself conceded they were "naive and poorly worded."

Reporting from the floor

Also in the room at National’s northern regional conference was Simon Wilson, a former editor of Metro who is now the Auckland editor for online outlet The Spinoff.

He said “a number of revealing moments” at that event were obscured by the fallout from Alfred Ngaro’s controversial comments.

The economy was barely discussed, he said, while health, housing and crime were big topics.

“National’s strategy to win the election this year is to mount an offensive aimed straight at the heart of Labour,” he wrote.

Most political reporters were at a Labour Party congress in Wellington, where - they had been advised - fresh housing policy was to be unveiled.

It was a good job these online startups were at the Waipuna Hotel & Conference Centre in Mt Wellington in order to report and interpret what was said at National's event - not least because Newsroom’s Tim Murphy pointed out Alfred Ngaro also said: "We have to push back against some of the media". Newsroom said Alfred Ngaro criticised regional newspapers for “constantly wanting to tell these stories about a government that do not care."

Alfred Ngaro claimed the media weren’t interested in digging into the individual cases of people having to live "in cars and on park benches."

The Nation’s reporter Mike Wesley-Smith put people living in cars on the agenda with his report on the show one year earlier. Last Sunday, he revisited those people.

Some told him they were now better off, but the problem of unaffordable and unavailable housing clearly hasn’t gone away.

Alfred Ngaro has said sorry to many groups irritated by what he said last weekend, but not to the media. 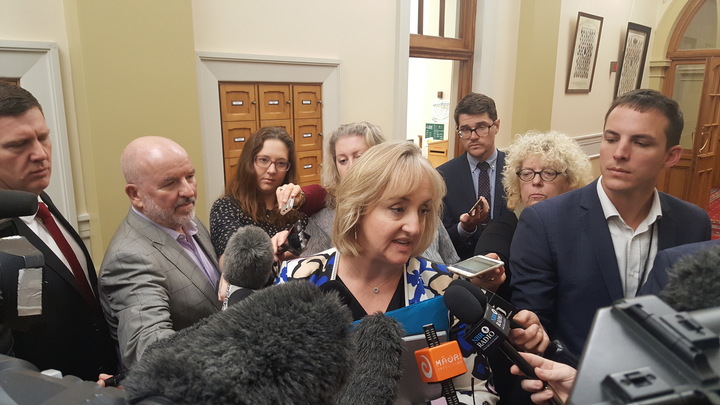 A year ago, the government claimed 40 new houses were being built in Auckland every day.

The staff of Housing Minister Nick Smith told Mediawatch they worked that out by dividing the number of housing consents issued in Auckland by the number of working days in a year.

In Parliament, the then-PM John Key said almost all consents converted into a new house.

Back then, Auckland Council couldn’t tell us how many houses had actually been built the previous year.

Leonie Freeman, who is a Goodman Property Trust director, told The Herald the shortfall on Auckland Council’s target set in 2013 was “quite drastic”.

The following day, the National Party came out with a brand new policy: 34,000 new houses to be built in five years - mostly in Auckland and mostly by Housing New Zealand.

This time, the news media were quick to cover the breakdown on the numbers.

The Herald pointed out more than 8500 thousand state houses would be demolished to make way for these new builds. This would see a net gain to Auckland of 26,000 houses and only about 4200 would meet the definition of “affordable”: $650,000 or below.

The Herald's Fran O’Sullivan hit the nail on the head when she said too many media reports recycled the overblown numbers put out by politicians.

"Their press secretaries would be doing their bosses and the nation a favour if they focused on the net increases which have been made to fund policy programmes, rather than try to gild the lily," she wrote.

But in election year, the temptation for politicians to do the opposite means we all have to read very carefully between the lines.