Fallout from the media merger knockback

A merger of New Zealand’s two biggest news publishers has been on the table for the past year. This week the competition watchdog pulled the rug out from under it. Mediawatch asks ex-editors if that was the right move, and what it all tells us about the news business today. 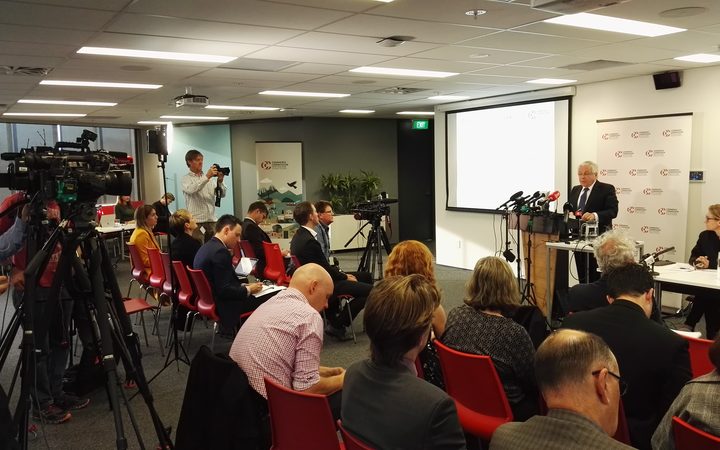 A merger of the big two in publishing would be a very big deal for the media - and for New Zealand.

Between them, the two companies dominate national and local newspapers and also national news online. They employ more than 800 journalists around New Zealand - far more than any other NZ news outlets.

Fairfax Media NZ owns Stuff.co.nz, The Sunday Star Times and most of the daily and community newspapers published around the country. It also owns half of social media site Neighbourly and broadband retailer Stuff Fibre.

Its rival NZME owns the country’s top-selling daily The New Zealand Herald and its website, along with regional newspapers in the North Island and half the country’s commercial radio stations.

They reach huge audiences and they’re both currently turning a profit.

Why do they want to band together?

A merger would allow Fairfax Media and NZME to cut their costs and cut out things they double up on, such as covering the same routine news stories every day.

At a stroke both companies would also lose their main online news competitor: each other.

Most of both companies' revenue still comes from old-fashioned newspapers and that’s falling fast. More and more people are reading Fairfax and NZME’s news on the nzherald.co.nz and stuff.co.nz websites, but they’re not paying a cent for it.

Income from online digital advertising is growing too slowly and most of that is being sucked up by offshore online giants Google and Facebook.

"We as an industry made some big errors 20 years ago when our websites went live in that we put all that news and content up for free," NZME chief editor Shayne Currie told a journalism summit last month.

The companies' merger pitch argued it would allow them to "extend the runway" and build a sustainable media business which could carry on covering the costs of journalism nationwide in the digital era.

The Commerce Commission can authorise mergers which may be anti-competitive if there’s a compelling case that the public will benefit, but it was not convinced.

The Commission’s chair Dr Mark Berry said one big merged company would be just too big in the market for news.

"This merger would concentrate media ownership and influence to an unprecedented extent for a well-established modern liberal democracy," said Dr Berry. 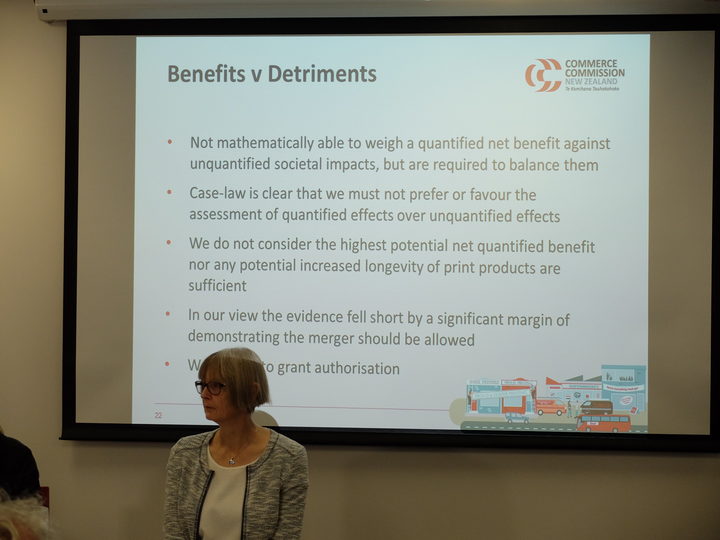 The right move for journalism?

However, The Commission estimated a merger could save the companies between $40 million and $200 million over five years and many journalists' jobs could now be cut in that time to try and claw that back.

Rick Neville is a former a senior executive at The New Zealand Herald’s former publisher APN, and an editor of The Nelson Mail and Evening Post.

“My heart has said 'no' to the merger but my head has said 'yes.'

"The negatives of the merger would have meant only one print employer left. In the past, journalists and others have been able to leave one of the groups and join another," said Mr Neville, who also advises Newsworks, an umbrella group representing publishers.

He said the merger would have seen expensive senior jobs cut, whereas frontline journalists were now more likely to lose their jobs under the status quo.

While The Commerce Commission accepted a merger "could extend the lifespan of some newspapers", it concluded it was not in New Zealanders' best interests in the long run. 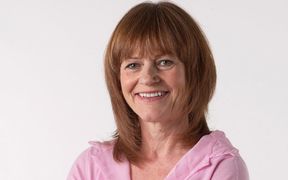 Consumer NZ chief executive Sue Chetwin is a former editor of The Sunday News, Sunday Star Times and the Herald on Sunday. She was among former editors who put their names to an open letter opposing the merger last year.

She said it was now up to NZME and Fairfax to come up with a new way forward.

“They've been trying to run these free websites off the back of newspaper content and they haven't been able to make it work.They’re going to have to start looking at new models,” she told Mediawatch.

Both before and after this week's decision, Fairfax and NZME strenuously stated their commitment to journalism editorial independence.

They denied claims that the range of opinions aired in the media would narrow if the two companies became one.

"My view was that initially the merger would be a shot in the arm," RNZ chief executive Paul Thompson, formerly the chief editor at Fairfax Media, said.

"But my concern with a merger is what happens two years or five years down the track," said Paul Thompson.

"The ownership of those companies might change or fall into the hands of people who wouldn’t be so supportive of editorial freedom and the autonomy of editors.

"Or, indeed, if the business strategy changed and they walked away from journalism,“ he told Mediawatch.

"Both companies talked down their prospects for the past year but the Commission obviously felt they had over-egged that argument," Mr Thompson said.

"Now they need to develop a new strategy. They have large audiences in print and online, great local impact, great local mastheads, national brands, top journalistic talent. They're still profitable and they have lots of subscribers," he said.

Time to swing the tax axe

One thing all parties seem to agree on is the need to rein in the revenue-grabbing power of Facebook and Google, which distribute a huge volume of news to New Zealanders but contribute nothing to its creation.

"They are amazing services and New Zealanders shouldn't be penalised or charged for wanting to use them," Ms Chetwin said.

"Taxing them is the way to go. The way they operate globally is not fair."

The merger debate has raised awareness that the crisis in the news business is a public issue which requires a response from the public, and possible a political response too.

Mr Neville said there was now state support for newspapers in France and Finland in response to the same sort of problems.

"The model is changing before us as we speak," he said.