Falsehoods and misinformation gained traction during the Brexit vote in the UK and the election in the US last year. In France, the media are collaborating to fight fake news with facts during a turbulent election.

People in the UK and the US are still analysing the effect of so-called 'fake news' in their elections last year.

France has a unique language and a different media tradition, but when French journalism professor Divina Frau-Meigs spoke in Auckland last year just days after the Brits voted for Brexit, she said fake facts were flourishing in France too. 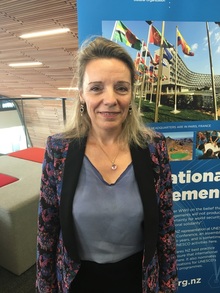 She cited European research showing false information spreads much faster online now than the truth can be established.

"It takes two hours to confirm a rumour that is true, but 12 to 14 hours to debunk a false rumour, but the biggest spreaders of unverified rumours . . . are the media," she said.

"They tweet and then think about it later. If they've made a mistake, they modify it online," she said.

"That can work with a recipe if you mistake the salt for the sugar. It's more complicated for important news or rumours that are very damaging."

In June 2015, a non-profit coalition First Draft News formed to find new ways of upholding trust and truth for digital age media. Many of the world’s biggest broadcasters, publishers and social media platforms backed the project. 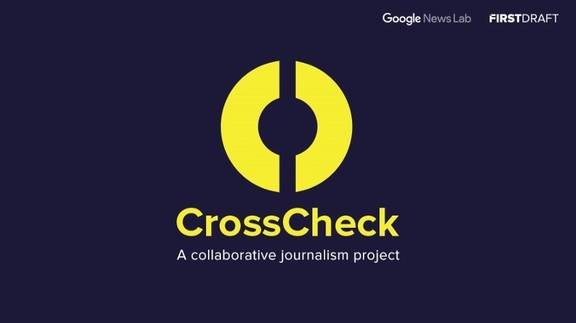 Last February First Draft News launched CrossCheck, a collaborative service to identify and debunk disinformation that seemed to be spreading in reports of the French presidential election campaign.

First Draft’s news director is Claire Wardle, who also founded the Eyewitness Media Hub in the UK, which was one of the first organisations dedicated to monitoring user-generated content.

"We're entering a new era of collaboration. CrossCheck in France is the first time we've had mainstream newsrooms working together in real time to verify information,' Claire Wardle told Mediawatch.

"Why would you have 50 journalists in 50 newsrooms all verifying the same fake images or manipulated videos?" she said.

With round one of the election complete after last Sunday's vote, CrossCheck had already picked out and knocked down more than 50 misleading and false stories circulating in the media.

The most notable was a site masquerading as that of top Belgian newspaper, Le Soir. The hoax site published a false article about the Saudi Arabian government financing the campaign of candidate Emmanuel Macron.

At first CrossCheck didnt go public with it to avoid giving the story oxygen.

"But then Marie Le Pen's niece tweeted it and it started to circulate, so we moved on it," said Claire Wardle.

CrossCheck reports on each example with reports and graphics on social media - pointing out exactly how the content is wrong or misleading, manipulated or manufactured.

Some stories picked out by CrossCheck seemed like mere mischief.

One was a satirical article saying that Marine Le Pen's father Jean-Marie - the pioneering leader of the far-right National Front party - was caught growing marijuana on his estate near Paris. Another was a doctored photo that showed far-left candidate Jean-Luc Melenchon wearing a Rolex watch.

Do these really need to be debunked?

"Some people are motivated by passion, some by partisanship and for others - it's just parody. But it's all part of the pollution of our information," she said.

"I'm not saying we should stop satire or parody accounts, but when we get our news from Facebook and there's no flag to tell us if it's not true, it confuses people. Our brains haven't caught up with technology. We need help," Wardle told Mediawatch. 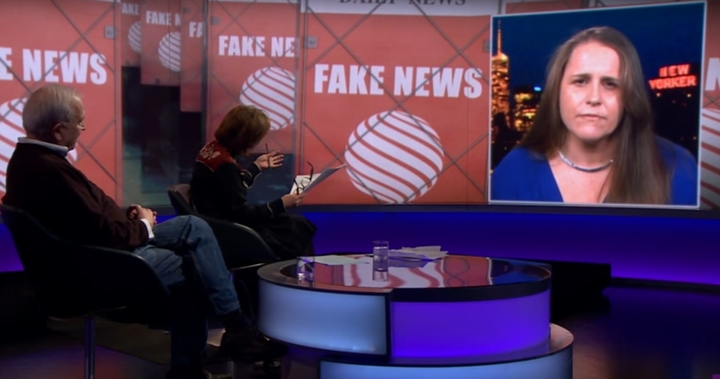 She bristles at the very mention of "fake news". We must not use the term, she says.

"It's been co-opted by Trump and others as a slur term to label information that is negative about them. What we are talking about here is the pollution of our information ecosystem. It is much more nuanced than Macedonian teenagers creating fake sites supporting Donald Trump in their basements," she said.

Wardle identified seven types of misinformation in a field guide to fake news for First Draft, and a 'Misinformation Matrix' to show how each one is employed and disseminated.

"CrossCheck was created very quickly and we need to test whether we have done more harm than good. Research says you can actually deepen people's understanding of the fake information. People's brains are lazy. People are more likely to remember what the rumour was unless you replace it with another narrative," she said.

"I don't think we're going to get out of this mess for years to come, but we'll only get out of it by working together".