The ethics of hidden cameras

TV3's Newshub bulletin on Monday led with the "exclusive" story of a French tourist defecating on a Dunedin street.

As CCTV cameras become ubiquitous, news programmes are increasingly screening clips of people with their pants down -  both figuratively and literally. 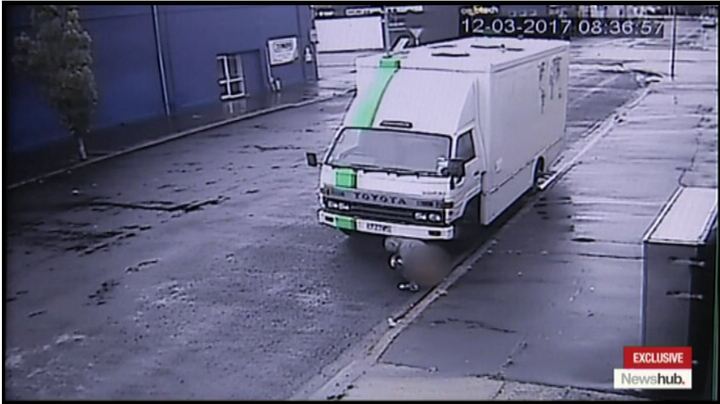 There's no doubt the availability of pictures elevated the defecating tourist story up the Newshub pecking order. In fact it seems unlikely the item would have even made it into the news bulletin at all without those pictures.

And it's not just CCTV cameras that are catching people unawares. The same bulletin featured a follow-up of a far more newsworthy story the Newsroom website had broken that day.

The site's big story when it launched, on caged eggs being passed-off as free range, included hidden camera footage of Palace Poultry's Aaron Fletcher and staff members of the wholesaler which had been supplying caged eggs to the company for a number of years. 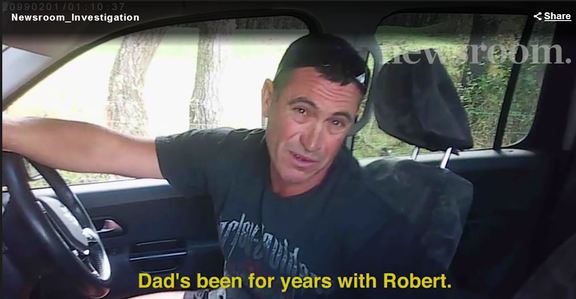 So what are the ethics of filming people without their knowledge?

The Broadcasting Standards Authority has said: "The broadcast of hidden camera footage is an extreme measure and requires a particularly high level of public interest."

Melanie Reid’s journalism has reached that high level of public interest a number of times. Her award-winning investigation into fake driver licences which launched the Campbell Live show in 2005 made use of hidden cameras.

She donned a headscarf and hidden camera in a 60 Minutes investigation of Neville Cooper, AKA Hopeful Christian, in his pre-Gloriavale days.

In each of those cases it can be argued that the footage obtained provided crucial context and information that could not be obtained any other way.

But is that the case in the free range egg story? University of Canterbury media law expert Ursula Cheer told Mediawatch that Newsroom appeared to already have all the information it needed to tell the story.

"Doorstepping is always compelling, especially if you make the person squirm. And if the person does not want to talk or talk anymore, they look as though they are trying to hide something.  The BSA has said over and over again that filming with a hidden camera must be a last resort and not used if the story can be told another way. She [Melanie Reid] did identify herself as a journalist, at least."

He told Mediawatch the decision to use hidden cameras was not taken lightly.

"What we did in this case is look at all the evidence we had in front of us and we were pretty sure this was a significant problem in the order of $5 million," he said.

"So on that basis we decided we’d take the hidden camera and then of course you make a decision later as to whether you use it or not."

But couldn't the same information have been obtained without the hidden cameras?

"We are in the business of video. I think in this case Mel Reid obviously said she was a journalist. It was obviously an on-the-record discussion. The only difference here is that we have video footage and we are a visual medium these days."

So should members of the public being interviewed by journalists assume they’re on hidden camera?

"I think most likely they will not be on camera but if they’ve been involved in something like this then I think they should think it’s a fair possibility," Mr Jennings said.

The Newsroom video also included hidden camera footage of two employees of the wholesaler which supplied the caged eggs that were later passed off as free range.

Mr Jennings told Mediawatch that Newsroom had not asked for permission to include the footage in the video report, despite there being no suggestion of wrong-doing on their part. 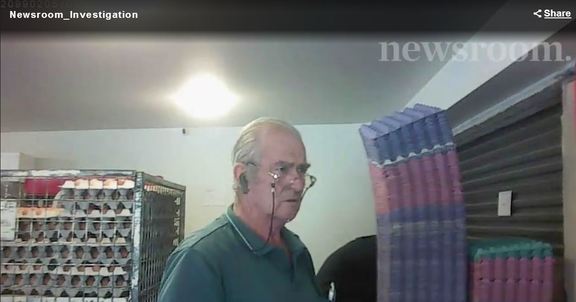 "When we saw the footage of the people at the wholesaler we did not think in any way that they would lack any credibility. In fact we thought it enhanced their credibility by showing that footage."

Being filmed without permission is clearly an invasion of privacy. The Broadcasting Standards Authority has made clear it can be justified where there is a clear public interest. But that doesn't mean that it's legitimate to use video footage obtained with a hidden camera in every story of public interest.

The footage needs to add something that could not have been conveyed in any other way, and in this case the decision seems to have been made purely on the basis that it would give the public a chance to judge Aaron Fletcher's trustworthiness.

But is that fair?

People caught on hidden camera tend to look dodgy before they even open their mouths, and surely even in the court of public opinion people have the right to know they're on trial. And then there's the risk that members of the public could be less inclined to speak to journalists if they think there's a chance they'll later see themselves on screen.

As a web-based news outlet, Newsroom does not come under the jurisdiction of the BSA - but Mr Jennings told Mediawatch it was in the process of applying for membership of the Press Council.

"If any of the people involved in that hidden camera filming took a complaint we would be happy to stand up and defend that," he told Mediawatch.