Political play to get state out of broadcasting

Minor political parties’ policies on broadcasting rarely make headlines, but newcomer Gareth Morgan got the media’s attention this week with his proposal to get rid of state-owned broadcasters. 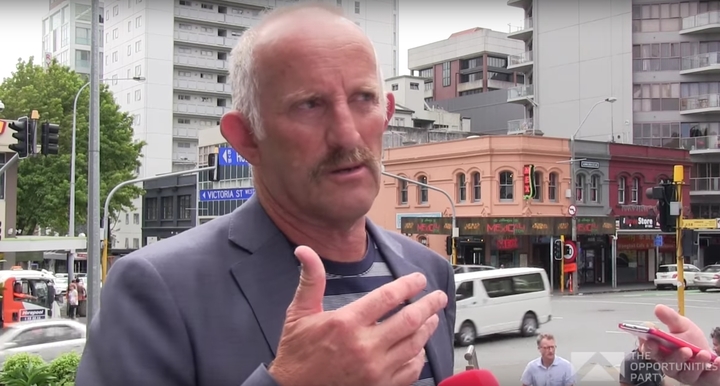 Gareth Morgan outside TVNZ HQ in Auckland telling reporters why he'd "get rid of TVNZ" - and RNZ. Photo: Screenshot

The Opportunities Party leader stood outside TVNZ's HQ in Auckland this week to tell reporters the state-owned commercial TV broadcaster should be sold off.

The proceeds should be re-invested in public interest journalism, said Gareth Morgan, because TVNZ is no longer equipped or inclined to provide much of it.

The would-be MP said TVNZ is focused on competing with commercial rivals these days - and not on serving the taxpayers which own it.

"What is the public good this thing is producing? Zero," he said.

Even though the Opportunities Party's broadcasting plan was buried deep in a 3,600-word policy about re-tooling public services, it was reported by stuff.co.nz, the NBR, and Newstalk ZB.

TVNZ rushed its interview onto the web with this headline:

" Gareth Morgan has crack at TVNZ journalists, accusing them of having 'no integrity', while pushing his party's agenda.  1 NEWS NOW has decided to play the full, unedited interview."

Support for a sale 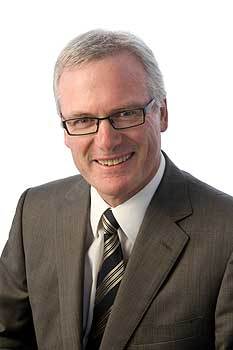 He is not alone in saying the government shouldn't be in the business of commercial TV - which is not an especially lucrative business these days either.

"This money could then be used as an endowment for an expanded public service broadcaster based on RNZ, but radically rethought," said former minister of broadcasting Steve Maharey in the NBR last year.

When asked if state-owned and funded RNZ should be sold off too, Mr Morgan said "that would be consistent" with the policy.

"You can't have one rule for one, and not another," he told reporters.

Gareth Morgan hopes a public journalism fund from the proceeds of a TVNZ sale will deliver the “unbiased and unfiltered news and information taxpayers deserve”.

But his party’s proposal also says this:

"RNZ will be able to compete for this funding alongside other platforms."

But that will be hard if it’s been dismantled or sold.

Nielsen's list of the most popular programmes screened in 2016 Photo: screenshot

Outside TVNZ last Tuesday, Mr Morgan was also asked if the problem could be solved if TVNZ was no longer required to return a dividend, easing the commercial pressure on it.

"I don't want TVNZ alright? Just get that out of your head," he replied.

"There are TV channels everywhere. We're all watching TV online now anyway. Who the hell watches free-to-air?," he said stridently.

There are indeed, but TVNZ still pulls in enormous audiences on TV.

This week, audience research company Nielsen released a list of the 20 top-rating TV programmes in New Zealand last year - and all of them were screened by TVNZ.

The most widely-watched programmes are local and factual ones: One News, Fair Go and Country Calendar all pulling in more than half a million viewers on TVNZ 1. The only remaining current affairs show in prime time - Sunday - is at number 6 on the list.

If TVNZ is sold to fund journalism, how much would we get?

Gareth Morgan told reporters he had “no idea” what TVNZ might fetch if sold, though “the land and buildings would be worth a bit”. He also said had no idea who might buy it - but it wouldn't be him.

Gareth Morgan says TVNZ has “zero public value” he overlooks the fact that a free and near universally available network is a public asset.

It is a “lifeline utility” with responsibilities set out in the Civil Defence and Emergency Management legislation.

How would you respond to national emergency with a contestable fund and no network?

Who would run the fund for journalism?

The Opportunities Party leader said the government's broadcasting funding agency NZ on Air would administer it, with its existing budget folded in.

The Opportunities Party plan would mean people appointed to the broadcasting funding agency by - and accountable to - the government would be deciding what journalism is in public interest, rather than the editors’ of media organisations who are accountable to their owners and the audience.

It’d be a brave politician willing to be seen as the architect of that system.