A new service offering only Australian-made films launched with a patriotic hiss and a roar on Australia Day this week. We already have such a service for Kiwi films. Who knew?

Ozflix has the backing of some big names in the film business across the ditch and a bold goal: to make available online every Australian feature film ever made.

Founder and chief executive Ron Brown reckons there are more than 2,000 out there at the moment. Ozflix has acquired the rights to about 600 already.

The movies can be downloaded and kept indefinitely by users or hired and streamed streamed for just a few dollars. Discounts are available for those who order five or more films for a week. The income is split 50:50 between the producers and the service.

Mr Brown and business partner Allan Finney have been working for six years to get Ozflix up and running.

They first pitched it as a pay-TV channel, but no broadcaster would bite.

Now that broadband is widespread and the on-demand habit is becoming established - judging by the uptake of subscription services like i-Tunes and Netflix - the time could be right.

However with so many movies on other on-demand services - not to mention pirated versions available online for free -  will Australians pay to view locally-made movies?

"The quality of most free downloads is not good. Ours will be vastly superior," Ron Brown told Mediawatch.

He says Ozflix also offers original free content and documentaries about Australian cinema alongside its movies.

Rights restrictions mean some of the movies can't be offered to people in faraway countries, but Mr Brown says New Zealanders can see almost all of the films available to Australians. 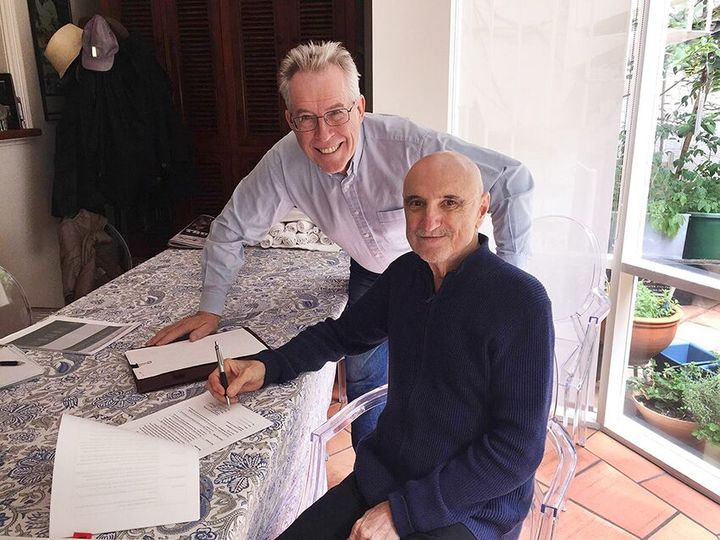 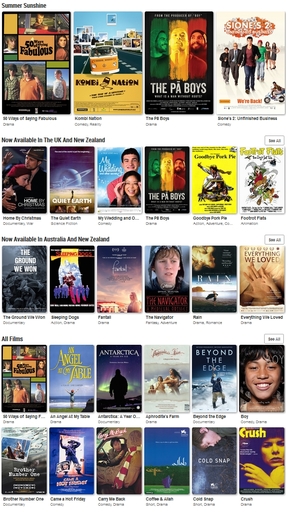 Some of the films available online at 'NZ Film On Demand'. Photo: screenshot

The technology that makes it all work is here in New Zealand. Hamilton-based Shift 72 provides the streaming software and technical support.

"We talked to eleven companies all around the world. They were enthusiastic and flexible and we've gone from strength to strength," says Ron Brown.

"We regard New Zealand as an extension of what we're doing. We look for films produced internationally that have Australian input. We don't draw the line at our sea border," said Mr Brown.

But Ron Brown promises OzFlix will not try to pass off New Zealand content as Australian.

"We will fully acknowledge their Kiwi heritage," he told Mediawatch.

When Mediawatch wondered if such a service would work for New Zealand, we were surprised to find it already exists.

NZ Film on Demand has about 100 new and old titles available for HD streaming and downloading, either to buy or to rent. Generally they're cheaper than a commercial download of a local film, buying a DVD or a hiring from a video store (if you can find one).

But it hasn't been promoted as heavily as movies like The Hunt for the Wilderpeople or Sione's Wedding. To find them, you have to go to the commission's website and set up an account or use the apps available for Apple and Android devices.

According to the Film Commission's last annual report, the most popular feature film in 2016 was Cliff Curtis’ recent film The Dark Horse, which TVNZ also screened on on the 4th of January.

The annual report says NZ Film On Demand is adding new titles and a newsletter every three weeks informs subscribers about them.

It also says 70 per cent of the income goes back to the film-makers.

But it doesn't say how many movies have been streamed and downloaded and how much money comes from the digital audience.

OzFlix's Ron Brown urges the Film Commission to throw its weight behind the service and let people know it's there.

"There's a lot of effort involved. I urge New Zealand to make a song and dance about it," he said.