Can journalism fly in New Zealand?

“Extending the runway” was the metaphor of choice at the Commerce Commission conference this week on the proposed merger between New Zealand’s two biggest print media companies, NZME and Fairfax.

Having painted the by-now-familiar picture of an industry facing an existential crisis where advertising revenues that once paid for journalism are being snaffled up by Facebook and Google, Fairfax and NZME executives and editors repeatedly told the commission that the merger would “extend the runway” and give a new mega company time to come up with a business model for the digital age. 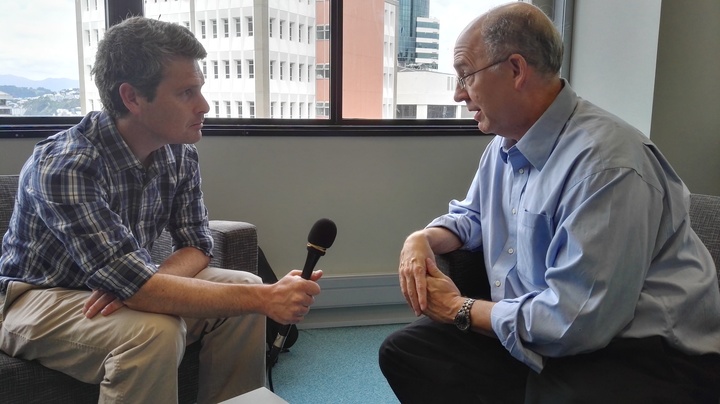 There is, as Fairfax and NZME’s own expert witness Randy Picker told Mediawatch, “[A]n element of hope and magic” behind the proposal.

A University of Chicago law expert, Prof Picker said the businesses had been very frank about the fact that “as you scour the media world no-one has identified yet what the next business model is.”

The leadership teams of the two companies told the Commission the alternative to one merged company would be yet more redundancies, further cuts to provincial newsrooms and the likely closure of at least some regional dailies.

There can be few occasions where leaders of multi-million-dollar publicly listed companies have given such a bleak public airing of their future prospects.

Fairfax chief operating officer Andrew Boyle told the conference the latest circulation data for Fairfax dailies showed all but two were down by double digits annually.

“When I'm saying double digit I'm talking 12, 13 percent - that’s true of both our metropolitan titles and our regional dailies. The Sunday Star Times is down 14 per cent and the Sunday News is down 19 per cent,“ said Andrew Boyle.

NZME chief executive Michael Boggs told the commission the company’s print revenues had declined by 14 percent which was only partly offset by a 20 percent increase in digital sales.

It underlined the fact that although both companies have embraced a “digital first strategy”, print advertising still accounted for the bulk of their income.

Editorial bosses of the companies were equally glum about the future of journalism in New Zealand should the companies be forced to go it alone.

Fairfax and NZME editors argued in a joint submission to the Commission - and over and over again at this week's conference - that should the merger proposal be declined as the draft determination released last month suggests it should be, then both companies would inevitably find themselves laying off journalists and wasting resources by duplicating the same “commodity” news stories – road accidents, press conferences, etc.

Extend the runway, or the country’s two largest media companies will crash before take-off was the clear message being sent to the commission.

So are there alternatives to the merger or crash and burn scenarios?

Well at least one cashed-up investor seems to think so. On Thursday, Fairfax informed the commission it had received an offer to buy its New Zealand operations.

The NBR has reported (behind its paywall) the offer was for $120 million but other than that it remained something of a mystery. 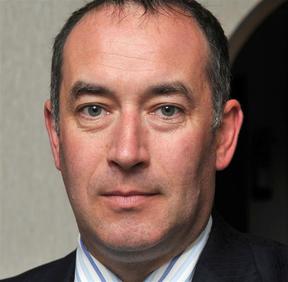 Early speculation that Allied Press, the publisher of the Otago Daily Times newspaper, was behind the offer has been rejected by its chair and part-owner Sir Julian Smith.

Allied Press chief executive Grant McKenzie was highly critical of Fairfax and NZME’s digital first business model when he spoke to the commission on Tuesday.

He told Mediawatch that the Otago Daily Times circulation decline - 2.8 percent in the year to September - was much less precipitous than those of the Fairfax and NZME daily papers.

"Why wouldn't it decline when you put everything online for free?" he asked.

The Gisborne Herald’s circulation was down 2.46 percent and the Ashburton Guardian declined by 2.72 percent in the latest Audit Bureau of Circulation figures.

Chief executive Greg Hywood for Fairfax Media (the Australian parent company of Fairfax NZ) told the Commission there were many examples of proprietorial models where wealthy individuals or families were prepared to cross-subsidise news operations for social influence.

"We’re publicly listed companies. We don’t have the capacity to have deep pockets of private money to cross subsidise our journalism. Our journalism has to survive within a robust commercial model, otherwise our investors will disinvest and take their money elsewhere."

Interestingly, Stuff Fibre - a new ISP start-up announced by Fairfax NZ this year - was promoted as an entrepreneurial effort to help pay for the organisation's journalism.

Fairfax NZ chief executive Simon Tong told NBR Radio that after the announcement of Stuff Fibre back in August the company needed to find other ways of funding journalism.

If Stuff Fibre succeeded it would not be the first time the company had a cash-cow at its disposal. It owned the highly profitable TradeMe website for several years, but there's no evidence its revenue was used to subsidise editorial work.

Back in August, Mediawatch asked Simon Tong about that and he simply replied: "That was before my time".

But back to the independent publishers: Do they have a viable model? Possibly. In August, Mediawatch spoke to Andrew Denholm who bought the Wairarapa Times Age from NZME and said he was beefing up the newsroom and was confident there was a viable business model.

NZME also sold the then daily Oamaru Mail to Allied Press. Allied chief executive Grant McKenzie told the Commission the paper had not been viable as a paid daily but was doing well as a give-away community paper.

Some of the smaller independents such as the Whakatane Beacon and Ashburton Guardian, had successfully launched paywalls, suggesting there may be alternative revenue streams for independently owned local newspapers.

The downside of newspapers returning to local ownership could be the gutting of the closest thing New Zealand has to a truly national news service: Fairfax Media with its hundreds of journalists dotted around the country.

But as NZME's Mr Boggs told the commission, news organisations were already beginning to collaborate on covering the news.

"It's a bit like Back to the Future. There used to be the NZPA where the organisations represented in this room worked together on commodity news. The businesses, I'm sure all of us are being driven, even those not sitting at this front table, are being driven to look to deliver commodity news for a cheaper price," he said.

So it's not inconceivable that something like the old New Zealand Press Association could fill the gap if Fairfax and NZME began selling off their provincial titles.

Meanwhile, British media academic Roy Greenslade this week called on New Zealand journalists to demand a new non-profit ownership model of journalism. In an article published in the Guardian.

Greenslade argued the merger might make good business sense but that it would be bad for democracy.

But the chances of a non-profit trust coming up with the $120 million plus needed to buy the likes of Fairfax seems less than remote.

And his claim that "the majority of New Zealand’s editors are fighting a rearguard action to prevent the creation of a mainstream media monopoly" was hardly credible - with the opposite being closer to the case.

The Guardian itself is owned by the non-profit Scott Trust, but it's far from finding a sustainable model for the digital age. Last year it lost a whopping £69 million.

So whether it's a case of extending the runway for the proposed new mega-company or breaking up the duopoly in the hope that more nimble, locally owned media companies might fly, there's no end to the turbulence in sight.