When a surprise press conference was announced at the Beehive, reporters had no idea the PM would be gone by lunchtime. 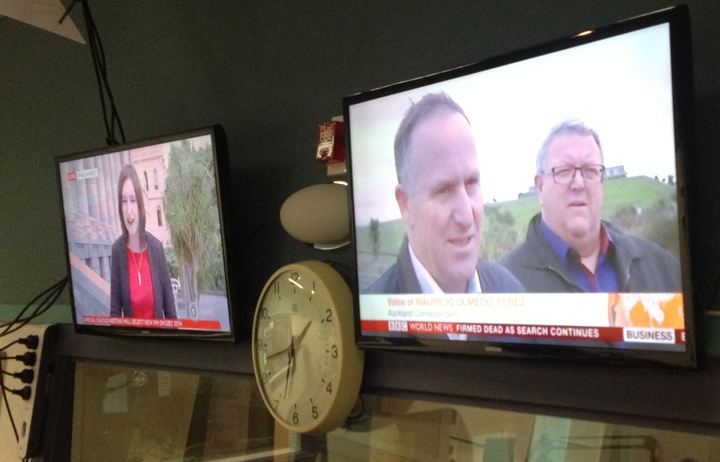 TVNZ 1 and BBC World with the breaking news on screen in an RNZ studio. Photo: PHOTO / Mediawatch

The PM has a regular round of media interviews every Monday morning, and he usually hosts a press conference at Parliament later in the day after a session with cabinet. But it only became clear this was breaking news of the highest order when John Key started speaking at the Beehive theatrette at about 12.45.

@suzikyla23 @toby_etc source told me five minutes before the presser and to my shame I dismissed it as too wild. #FacePalm

Political reporters belted out urgent tweets and news websites deployed their red banners and prepared for live streams of his announcement. On-screen tickers were readied for live TV broadcasts ahead of full live coverage interrupting regular programming on TV.

Newstalk ZB broke the news by crossing straight to the press conference at 12:49.

"Not me," said his co-host Kerre McIvor, "And I bet everybody around the country is saying the same as we did - which we can't repeat - and with the same gob-smacked faces as well."

At 12:50, RNZ National interrupted a Worldwatch interview about the Italian PM's resignation to announce John Key's one and cross live to his announcement.

But at 12:57, Newstalk ZB's website carried the shock announcement below his response to demands for child abuse inquiry from earlier in the day.

Meanwhile, at the same time, the only resignation news breaking on Radio Live's website was that of the coach of the Wellington Phoenix . .

. . but on stuff.co.nz, the PM's announcement had bumped Ernie Merrick's aside on its homepage by 12:57.

Meanwhile, nzherald.co.nz had highlighted the role of the PM's wife on its homepage:

Only the Italian PM quitting kept John Key out of top spot at TheGuardian.com: 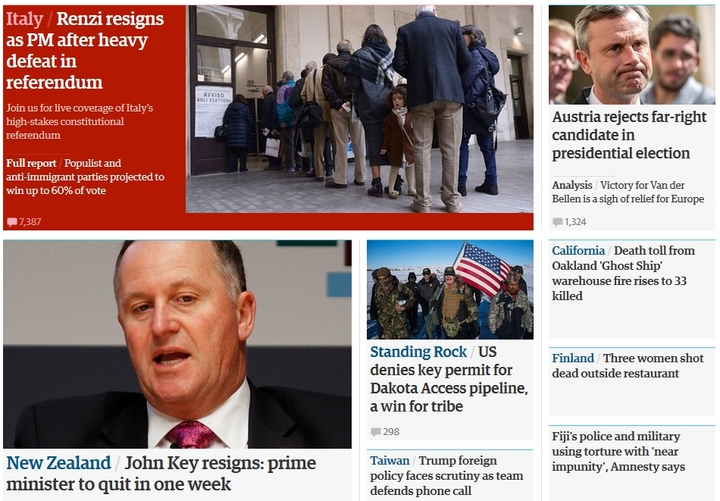 In Australia, it was breaking news on the homepage of Rupert Murdoch's news.com.au (though Shane Warne's comments below are not related to John Key):

On the Sydney Morning Herald website, John Key's exit was above the Italian PM Renzi, but  had equal billing with a Footy Show host stepping down at 1.05pm . . :

. . .by which time Newstalk ZB's website headlined John Key's role as party leader, rather than leader of the country. 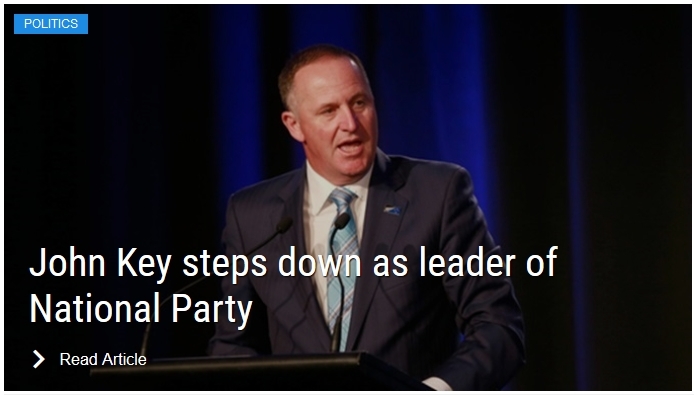 "Social media has erupted following the news Prime Minister John Key will be stepping down next week," said the Herald, when trying to convey the level of surprise while it was still sinking in.

But one player who claimed not to be startled made hay with the news in the media.

Winston Peters was first out with a press statement at 1 pm.

At 1:25 he was on RNZ National telling Jesse Mulligan he knew the PM would "cut and run" because his popularity is below 50 per cent in the polls.

Soon after that Winston Peters was on Radio Live's Afternoon Talk telling listeners the same thing.

"I knew about this a long time before today. That's why we had a press statement ready to run. The moment he said he was stepping down, we hit the button to inform the media of our view," he told the host Willie Jackson.

The statement seems rather short for one prepared some time in advance: 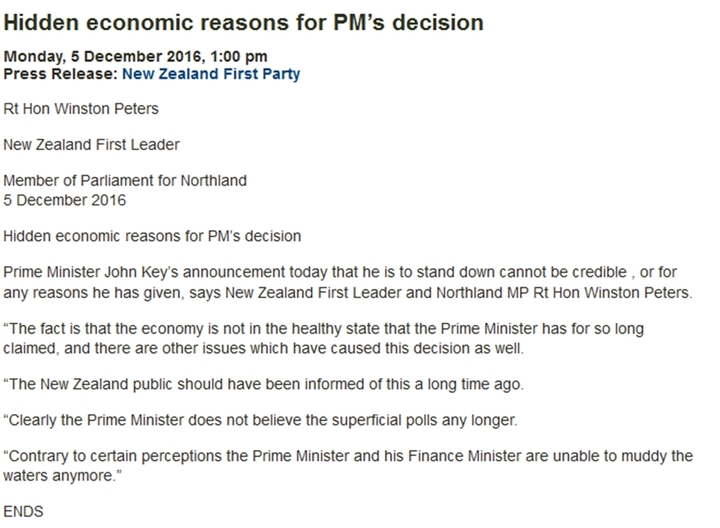 When pressed for details of the "hidden economic reasons," Winston Peters himself muddied the waters by telling Willie Jackson all would be revealed in the coming days and weeks.

When huge political news breaks these days, it's not only the news media poised to get the message out as fast as they can.