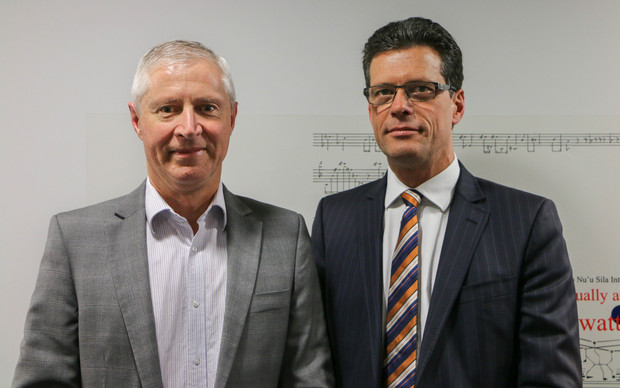 When NZME and Fairfax Media pitched their merger plan to the Commerce Commission in May, they listed their potential competitors. These included global tech giants Google and Facebook, as well as the tiniest local paper publishers and everything in between.

A planned news website run by former New Zealand Herald editor-in chief Tim Murphy and former TV3 head of news Mark Jennings was also on the list. Earlier this year, they had promised a venture to cover "things that matter" because, they said, established news media were falling down on the job.

The pair were startled to see their start-up in the media companies' merger plan, as they had only announced it the day before.

More recently, Fairfax and NZME cited the plans Mr Jennings and Mr Murphy had presented (PDF, 7.7MB) to potential partners and investors in their own submissions to the Commerce Commission - which has now made them public.

The 20-page presentation said they were planning a new website offering “quality news for smart people” from the first quarter of 2017 - an election year.

“We intend to contribute substantially to examination of public issues in the lead-up to the vote,” Mr Murphy said, after the plans were published.

One of the backers listed in the document is Dunedin-based Allied Press, independently-owned publisher of the Otago Daily Times.

“Those who are prepared to pay for the private benefit of expert news will also be supporting the other half - the public good of an open, free and general interest news website,” Mr Murphy said.

One is newsroom.co.nz, owned by technology entrepreneurs Selwyn and Craig Pellet, who have previously tried but failed to turn it into a live news website with broad appeal.

Another is Hive News, a service for subscribers run by financial journalist and commentator Bernard Hickey.

“This new venture will build on the Newsroom platform to provide news for the public for free and a more specialised set of news and analysis for corporate subscribers,” Mr Hickey told his readers via email.

Get what you pay for

According to the pitch published by the Commerce Commission, paying subscribers of Newsroom Pro will also get feeds of media releases, news transcripts and commentary on politics and foreign affairs, environment, health, energy and technology.

It also refers to original video content, both for the site and for broadcast elsewhere, and notes the likelihood of more public funding available for online video from New Zealand On Air in future.

In addition to backing from the Pellet brothers, Mr Jennings and Mr Murphy are seeking five key corporate sponsors.

On top of revenue from subscribers, the new site will harvest  “voluntary micro-payments” from readers and carry advertising and pre-roll ads on videos - and host sponsored content.

Mr Murphy and Mr Jennings are already in business together as media consultants. Back in May, Mr Murphy told Mediawatch there was not necessarily a conflict between a consultancy for clients and running an editorially-driven website.

“We don’t see it as public relations. We wouldn’t say no, for example, to some sort of media training but we’re not going to sit there and talk about how to lie to the media. We obviously don’t go near any of that sort of thing.

“We would straight away declare any sort of conflict of interest," Mr Jennings said.

Their new website will target: “New Zealanders who care. People who vote. People aware of the needs of good journalism in a democracy like ours.”