Barking at the supermoon

Claims that the proximity of the moon and homosexuality caused quakes surfaced in the media this week. Should the media have simply ignored them? 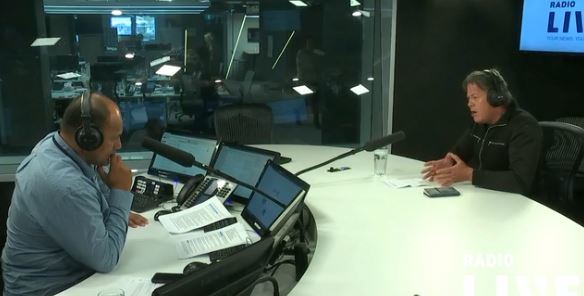 Destiny Church leader Brian Tamaki was widely condemned this week when a video surfaced in which he claimed sexual perversion and homosexuality prompted punishing earthquakes.

The comments were made in a rambling sermon on Sunday, just hours before the quake after midnight on Monday.

On TVNZ's Seven Sharp the former mayor Sir Bob Parker said Brian Tamaki was a disgrace. Duncan Garner was even more direct on Radio Live and on Twitter:

BrianTamaki insults the nation and all of us. Hugely disrespectful to all those affected as well. Dickhead.

In damage control, Mr Tamaki sought out a media ally.

In an hour-long interview with Willie Jackson on Radio Live, the self-styled bishop blamed the media for "over-hyping" his sermon, and he watered down the claim.

"The weather patterns have changed. Disaster are happening globally. Floods, storms, earthquakes. The seasons have changed and you don't need to be a scientist to understand this," Mr Tamaki said.

In fact, a little science really would help. And the science isn't on his side.

But while his claims weren't taken seriously by the news media, the same can't be said of the claim that the so-called Supermoon could have caused Monday's earthquake.

Just over an hour after the quake struck, Newstalk ZB raised the theory on the air, and asked a duty seismologist about it before 2am.

The following morning, Newshub and the NZ Herald both produced online videos and articles about the theory.

Seven Sharp also led its coverage that night by exploring the issue. 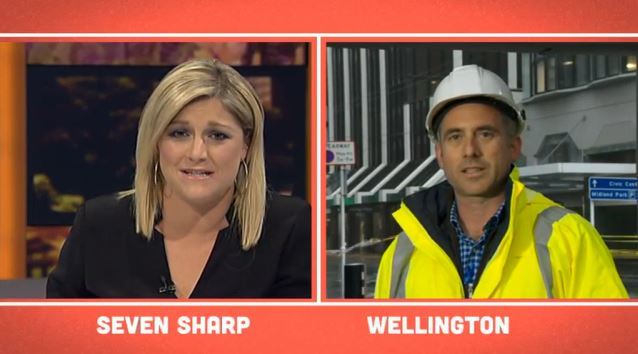 In each case, experts consulted said there was no scientific basis for linking the moon's proximity with Monday's quake.

One of the strongest putdowns of the theory was published on Monday afternoon on Stuff.co.nz.

Is there a link between the forecast supermoon and New Zealand's magnitude-7.5 earthquake?

Decades of scientific research into the relationship between the moon, tidal forces, and earthquakes has not produced any reliable evidence of a link between the moon's gravitational pull and quakes.

But with the ground still shaking, two people dead, hundreds of evacuees in limbo and the full scale of the devastation of the landscape still coming to light - why were national media outlets devoting all this attention to the issue?

News media here and abroad reported that Nigel Antony Grey had made "an eerie prediction" that a quake would strike on or about the 14th of November because the moon was close to Earth.

His prediction came not in a journal of science or seismology, but in a single Facebook post on November 6.

Many of these news stories suggested there was science suggesting to back this up, but none of these stories told us much about Nigel Antony Grey,

However, it doesn't take long to find out details that should have been in those stories.

The Facebook page also has a series of what it says are leaked files purporting to be evidence of unexplained weather events and supposedly suppressed earthquakes.

Among them is an article by Mr Gray which has this biography:

"Nigel Gray is a New Zealand- born and bred international lecturer on the Human Mind and Detoxification Technology - and a painting contractor. He has lived in both United States and in Russia, where he instituted a detoxification program that now spans the entire Commonwealth of Independent States".

In short, he does not appear to be a bona fide expert in seismology or geophysical science.

After fielding questions in several interviews, leading New Zealand expert Professor Mark Quigley addressed it in an article on Australian website The Conversation on Tuesday:

"Deliberately vague predictions that provide no specific information about the precise location and magnitude of a future earthquake are not predictions at all. Rather, these are hedged bets that get media air time due to the romantic misinterpretation that they were valid predictions."