When disaster strikes, the demand for news is immediate and intense - but the chaos makes it much harder for the media to get what people want. Mediawatch looks at how reporters and editors responded this week using lessons from the past - and what the future may hold.​ 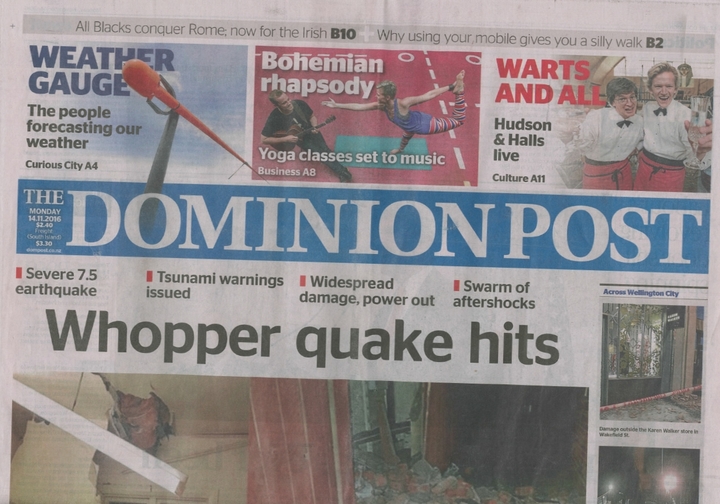 Monday's Dominion Post got news of the quake on the front page long after the normal deadline, even though staff were shut out of the premises. Photo: PHOTO / RNZ

The morning after the devastating quake hit Christchurch in February 2011, subscribers of the city's daily paper The Press were startled to find a copy in the letterbox or on the driveway - just as they would on any other day.

The fact the the paper's building had been wrecked made that all the more remarkable.

The front page of The Press 'Emergency Edition' on 23rd of Februray 2011 Photo: screenshot

The Dominion Post in Wellington managed something similar after the quake struck just after midnight on Monday - long after the usual deadline for printing the paper.

"I didn't even look to see if there was a paper on Monday morning," reader Shona Drake in Petone said in a letter to the paper.

"I live about a kilometer from your printing works so I know how bad the quake was there. Well done," she wrote.

What readers like Shona didn't know was that fallen glass inside the Dominion Post's building meant the staff couldn't use their newsroom until Wednesday.

"I thought Monday's paper would already have been printed," Dominion Post editor Bernadette Courtney told Mediawatch. "But the quake burst a water pipe and the printing works were evacuated and the press had shut down. I realised we had at least an hour to get something on the front," she said.

Production editor Kylie Walker, leaving the central Wellington HQ when the quake hit, drove to Petone and compiled the story in time for it to roll off the presses about 3.20am. 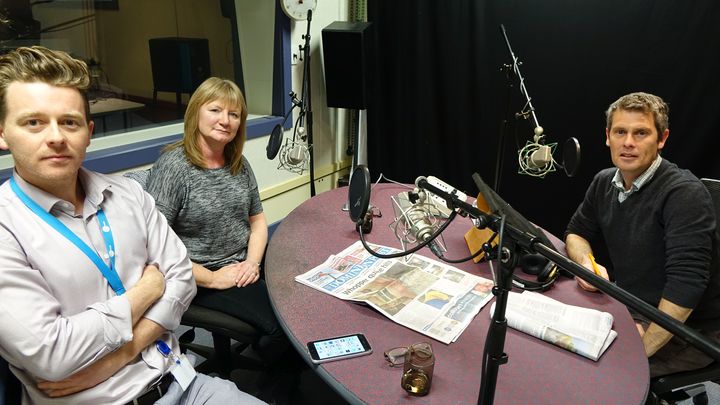 Long before the ink hit the paper in Petone, quake news was on the company's news website Stuff.co.nz.

It was deja-vu for chief news director Keith Lynch. He was a reporter at The Press in February 2011.

"We've got good at improvising," he said.

"It kicked in again. What struck me was how much journalists care. They put everything else to one side and got to work," he said.

He told Mediawatch a Stuff.co.nz editor in Auckland had a mobile news alert out within minutes of the quake, and a live blog on the homepage within 20 minutes, continuously updated by reporters including those in Wellington working from their homes with whatever mobile devices they had at hand.

"But it's not about competition with other media. What's important is that we were able to provide that information for people who were desperate for it," Mr Lynch said.

The owner of the Dominion Post and Stuff, Fairfax Media made full use of reporters based in all the main affected regions: Wellington, Canterbury, Nelson and Marlborough.

"The staff in Marlborough came to work without being asked," said Keith Lynch. "They got their paper out on deadline as well."

The following day, the Wellington reporting team came together in a hastily-hired hotel meeting room. For Mr Lynch, that was just another echo of his post-quake experience in Christchurch. 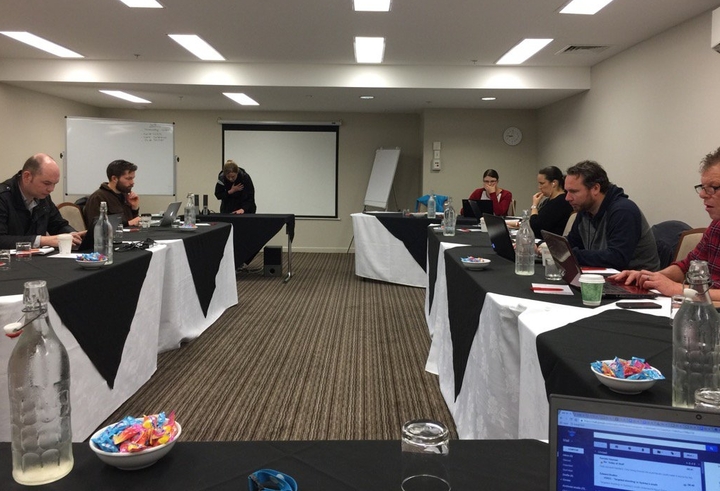 On the air, all the time

On RNZ, the response was instant. When Vicki McKay broke the news while reading the midnight bulletin, the only thing not shaking was her voice.

As soon as the studio stopped rolling, the rolling coverage began - and it went on throughout the rest of Monday.

It was not so acute in Auckland where the scheduled mental health show The Nutters Club was airing on Newstalk ZB. Host Mike King broke news of the quake to listeners within four minutes and abandoned the show to take calls from listeners.

Christchurch ZB hosts Chris Lynch and Mike Yardley were quickly on the air with regular updates from local authorities. Both were frustrated by lack of clear messages from them.

Civil Defence communications about Tsunami threat has been an epic fail. A hot mess of contradiction, btwn local & national agencies. #eqnz

Listeners could have been in no doubt this was serious, but Newstalk ZB's prepared bulletin at 1am - an hour after the quake - didn't mention it at all. ZB host Bruce Russell told listeners "a cast of thousands" was working on the news at 1:45 am, but there was nothing about the quake on ZB's website or Twitter feed until almost 4am. 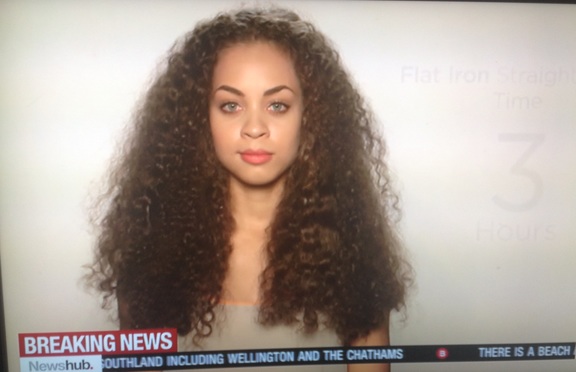 A ticker alert on TV3 at 2 am, but nothing on sister channel Bravo. Photo: PHOTO / RNZ

TVNZ 1's first live update aired only at 2:20am, followed by updates every fifteen minutes interrupting the infomercials. Rolling coverage finally began at 3:45am.

The channel did have a ticker on screen alerting viewers to the quake, but people watching TVNZ 2's late night movies saw nothing.

Similarly, TV3 had an emergency information ticker on air, but Bravo viewers would have been in the dark.

Fit for purpose - and future proof?

Now fully mobilised, news organisations helicoptered reporters in from the north. From the south, they made fraught overland journeys to the scene.

They provided great coverage but there's been anguish for years about shrinking newsrooms and budgets as media companies have cut costs.

Do our national news media still have the scale to cover a national emergency well?

"I don't worry about that," said Dominion Post editor Bernadette Courtney. "You can do anything as along as you have the right people".

"We aim to keep reporters in every community. We will continue to do the best we can with the resources we've got, but the industry is changing," she warned.

Fairfax Media has been trying to merge with its rival NZME, which owns ZB and the NZ Herald. If that happens, there will probably be one national team of print journalists rather than two - and fewer journalists in total around the country.

Wouldn't that make it much harder to fully cover a national emergency in the future?

"The one certainty in the media industry is that it is going to shrink," said Ms Courtney said.

"The hard, cold fact is we cannot sustain journalism in every community as we do now".