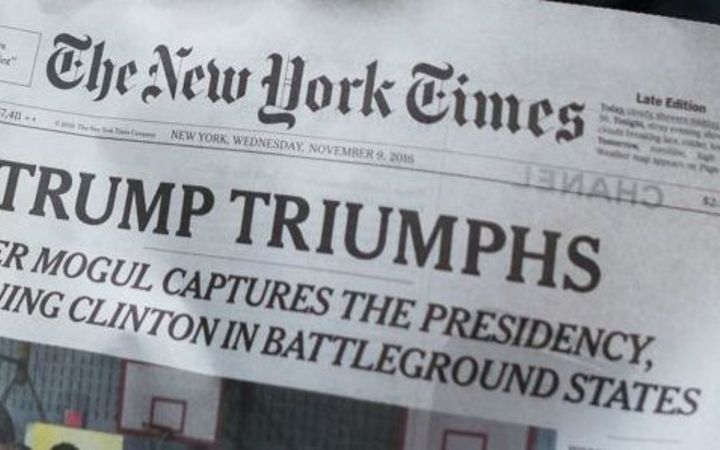 The pollsters didn’t predict it, and most in the media didn’t see it coming either. Election night was a historic upset in more ways than one - and Donald Trump now presents a unique challenge to the media.

Nobel prize-winning economist Paul Krugman saw how it would play out. More than four hours before Trump was a clear winner, The New York Times posted a short piece that began like this:

"As I write this it looks — incredibly, horribly — as if the odds now favor Donald J. Trump. What we do know is that people like me, and probably like most readers of The New York Times, truly didn’t understand the country we live in." 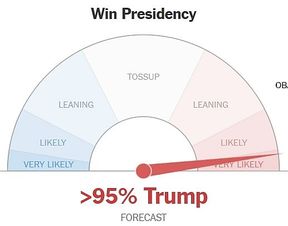 Professor Krugman wound up with this bleak thought:

"Is America a failed state and society? It looks truly possible. I guess we have to pick ourselves up and try to find a way forward, but this has been a night of terrible revelations, and I don’t think it’s self-indulgent to feel quite a lot of despair."

One small consolation was that his piece would have had a big audience.

Anticipating huge interest in the result, The New York Times pulled down its paywall for a week and let digital freeloaders around the world have a look.

Many in the media were watching the twitching of the needles on its constantly-updated online forecast as they pointed to the increasing likelihood of a Trump triumph.

The headlines moved slower than those needles, but still told the stark story of the night too. 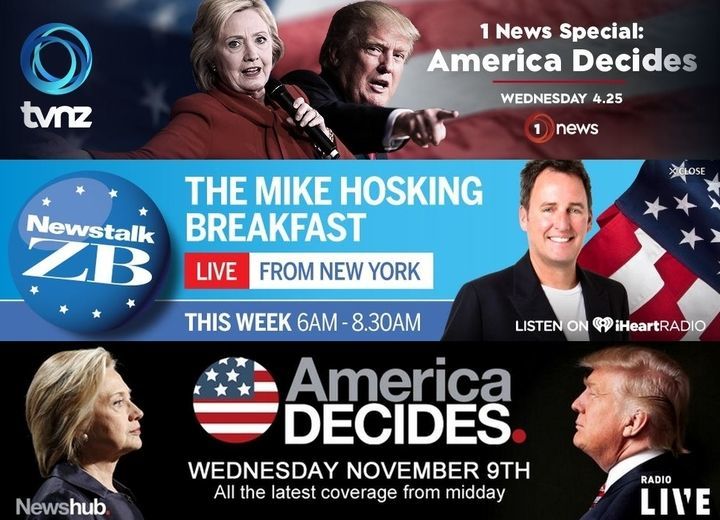 'Pitchforkers' in the Trumpageddon zone

Prof Krugman explained that a huge number of white people, living mainly in rural areas "who don’t share at all our idea of what America is about", had made the difference.

With the needle on the Times' pointing at a 90 percent likelihood of a Trump presidency, New Zealand presenter Duncan Garner put it like this on Radio Live:

"We're eating humble pie! Those pitchforkers went down to the polls and voted in those crucial states!"

The financial markets did not predict it either and the impact would dwarf the Brexit, business commentator Bernard Hickey said.

One industry above all others was at immediate risk of collapse.

"Political opinion polling. If you relied in this stuff before, you won't now," he said. 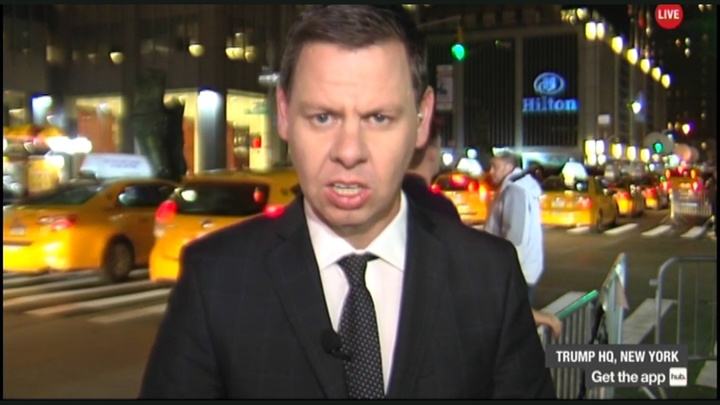 Was he surprised? Yeah - but nah, he replied (more or less).

"I am surprised but I saw this happening in Scranton, Pennsylvania yesterday. I saw loads of normal Americans out there for Trump".

True enough. Barack Obama got 63 percent of their votes four years ago. Hillary Clinton only got 50 percent this time round.

When told that Canada's immigration website had crashed, TV3's Mike McRoberts in Times Square, joked that "it could be a win-win for New Zealand too".

The New York Times had already quoted Xero chief executive Rod Drury as saying "what started as a joke was becoming a reality."

"I’ve got lots of messages coming through at the moment asking for a job in New Zealand, and we’re saying ‘yes you can’," he said.

Some had already predicted that.

"If the world is going to go to hell in a handbasket, they're in the best place they could possibly be. People want to get the hell out of where they are and they feel that New Zealand is safe," Immigration consultant David Cooper told the Herald. 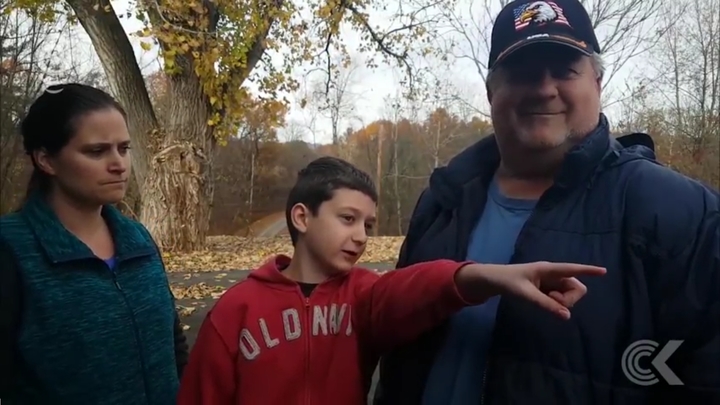 When The New York Times' virtual needles had finally stopped twitching and there was no more doubt, left-leaning political pundit Phil Quinn was almost lost for words - and numbers - on TV3.

"Are there two stranger words in the English language than 'President Donald Trump''? he asked.

But by the time TV3 carried the winner's victory address at 8:50pm, TVNZ had lost the words, the sound and the pictures. They bailed out of the coverage for another contest: Masterchef Australia.

To be fair though, it was a case of 'stick a fork in it, it's done' by that stage.

The Huffington Post also adapted to the new reality quickly.

All year it has added footnotes to stories about Donald Trump which pointed out he regularly incites political violence and is a serial liar, rampant xenophobe, racist, misogynist and birther who has repeatedly pledged to ban all Muslims from entering the US.

Even before the election result was absolutely certain, the policy was scrubbed.

"The thinking is that he’s now president and we’re going to start with a clean slate," the site’s Washington bureau chief told staff in a memo.

"If he governs in a racist, misogynistic way, we reserve the right to add it back on. This would be giving respect to the office of the presidency which Trump and his backers never did," he said.

It remains to be seen if the president-in-waiting will give a clean slate to the media. He has labelled them as bent and dishonest all the way through his quest for the votes of disgruntled Americans.

But it's done him no harm at all in the eyes of many voters.