Not a bit of fun, but fundamentally wrong

Radio Hauraki has been ordered to pay $8000 for broadcasting a call from a cricketer's mother live to air without her knowledge and ridiculing her.

The amount doesn't seem much of a setback for a major media company but it's near the top of the scale for Broadcasting Standards Authority penalties. 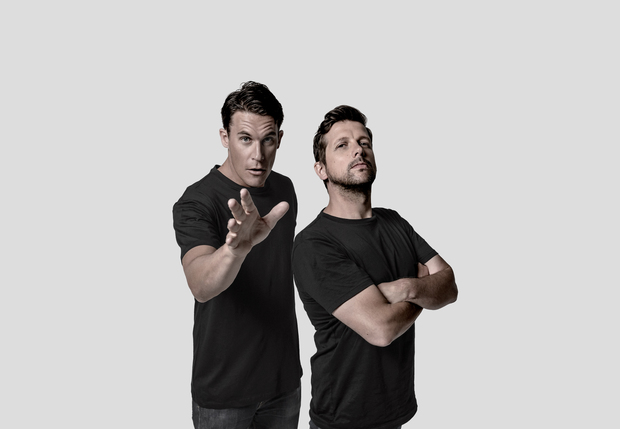 But if pranks are part and parcel of commercial radio, why has the Radio Hauraki broadcast been ruled a "significant breach of broadcasting standards"?

The hosts, Matt Heath and Jeremy Wells, had been poking fun at cricketer Ben Stokes on their show when his mother Deborah Stokes called in asking to speak to someone off-air so she could complain.

She ended up talking to Matt Heath, who assured her she was off-air, before going on to broadcast the conversation, in which she was emotional and upset, while pretending to take down her complaint.

The call was replayed on Radio Hauraki and posted online. The Mail Online and other overseas media picked up the story of "the cricketer's mum's meltdown".

At the time Radio Hauraki said their DJs had been "suitably reprimanded" and would be off air the following Thursday. But as it turned out, that was because they were travelling to Las Vegas.

Feeling remorseful for what we done. On route to Vegas for that important business trip. pic.twitter.com/8HLu8osczg

Broadcasting live from Las Vegas in the following days, Matt Heath and Jeremy Wells carried on the "remorse".

"She rang to give us a telling off. I've been told it's morally wrong what I did - telling she wasn't on air when she was. But I stand by it, because it was funny," Matt Heath said on air.

Prank calls and causing embarrassment are part of many commercial radio shows. The recently re-written broadcasting codes recognise that:

"The use of prank calls as a legitimate expression of humour will usually be acceptable, but caution should be exercised to prevent undue harm to unsuspecting parties".

But they're initiated by the broadcasters and permission is sometimes required for their broadcast. In this case, Deborah Stokes called in - and was tricked.

NZME had agreed the broadcast was unfair and breached Mrs Stokes' privacy and, when she complained, it offered her remedies including a written apology, an assurance the hosts had been counselled and eventually "a full and final settlement" of $6000.

Mrs Stokes turned it down because she said the hosts were never really sorry, and their supposed reprimand and suspension was not genuine.

It said the subsequent Hauraki Breakfast broadcasts from Las Vegas "further demonstrated a lack of recognition of the serious issues in the original broadcast".

The BSA said "the broadcast and the hosts' deceptive conduct represented a significant breach of broadcasting standards. . . and a lack of understanding of an individual's fundamental right to fair treatment and to privacy".

It ordered station owner NZME to pay $4000 compensation to Deborah Stokes and another $4000 in costs to the Crown, and broadcast and publish online a statement acknowledging breaches of fairness and privacy.

So if you call a radio station's hotline number, do you have a reasonable expectation of privacy?

The BSA found Deborah Stokes did, because she asked to speak to someone off air, and was told he she was off air.

When broadcasting standards are breached, there are often grey areas and special circumstances which make it hard it to identify the lessons other broadcasters can take. But in this case, they're fairly clear.

Don't pretend to be someone else.

Don't tell people you've disciplined rogue hosts when you really haven't - and if an apology is in order, do it sooner rather than later.

Don't replay the offending interview when you know it was the result of a deception.

And try not to take the mickey out of the aggrieved person several times subsequently on the air  - or on social media post from airport lounges en-route to Las Vegas.