The Marlborough Express has warned that it can’t go on as a daily paper forever and it is considering new ideas, including reporting sponsored by readers and printing on fewer days of the week. Could other local papers with sagging sales go the same way?

The Marlborough Express reaches out to readers. Photo: screenshot

The Blenheim-based daily paper has launched a project it calls Express of the Future to "rethink the way we fund local news and sustain the future of local journalism in this region."

"At some point in the future, we will not be able to sustain a daily newspaper. The time has come to change," she warned. 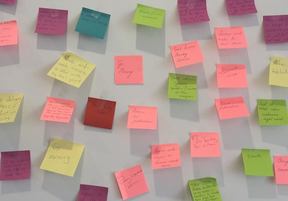 The staff, local businesses, advertisers and readers are all being asked for their ideas.

Nicola Coburn has even invited readers drop in for a chat in the mornings. If they're shy, they can put a sticky note suggestion on a wall set aside for the purpose.

The editor’s article also said: "We have a strong initial plan." So how much influence will the local readers and advertisers really have in this process of rethinking the provision of local news?

Mediawatch's request for an interview was moved up the chain to Fairfax’s senior editor in the South Island, Joanna Norris, who is also editor of Christchurch's daily The Press.

What is the plan? 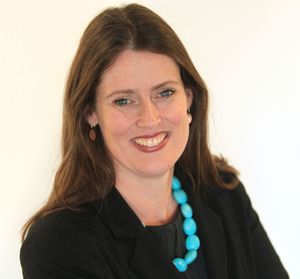 Joanna Norris said rumours about closing the Express have been circulating after Fairfax Media conducted some audience research in the are recently - but they're false.

"We are committed to Marlborough and the Express and we are also looking at new things to try," Joanna Norris told Mediawatch.

"We think a pared-back portfolio that addresses what people read in modern ways is what will work."

Does that mean the Express's days as a daily are numbered?

"A reduction in the number of publishing days is a likely scenario," Joanna Norris told Mediawatch and it could happen in 2017.

Advertisers are being consulted for Express of the Future as part of the drive to find new revenue.

"We are looking at different funding models and there's lots of interesting things happening overseas. For instance, there are example of readers sponsoring a content area because they believe it's important. In the US a local paper's readers sponsored the paper's environment reporter," said Ms Norris.

"We are also interested in talking to sector groups about what we can do for them. Is there content we can publish to support the aquaculture industry or the viticulture industry, which they can run on their platforms? That in turn can fund our journalism."

"It wouldn't work like that. There would still be separation of church and state. That's really important to us".

Ms Norris insists that the project only applies to the company's publications in Marlborough and can not be considered as a sign of things to come at other regional and local papers around the country.

"But there will be things we learn from this that could be applied elsewhere. We need to have a sustainable business model to publish journalism around New Zealand," she added.

The most recent circulation figures show The Marlborough Express now shifts less than 6000 copies on average each day. A year ago it was 6500 and other local papers with a circulation of less than 25,000 have recorded falls of between 3 and 16 percent in the year to June.

By contrast, the audience reading news online is growing.

The online readers don’t pay for the news, but they are increasingly important to the publisher.

The Marlborough Express's Jeffrey Kitt told readers that its two most viewed online stories in recent times were a royal visit story in 2014 and a sad story about a local couple who won a lottery shortly after the death of their son.

These are the stories the Marlborough express and Fairfax Media really want these days it seems.

The same day Express of the Future was launched, The Spinoff website published a leaked memo from the editor of stuff.co.nz website.

This revealed that its twice-daily national news conferences now focus on "the “best social/shareable content along with stories that can make the homepage”.

"Instead of us asking ‘what’s going on today?,’ we’d like you to tell us what are your contenders for Facebook and the homepage," said the memo.

In the past, Mediwatch has seen memos sent to regional Fairfax journalists hammering home the "digital first" message like this:

"We should never take a still when a video is possible. In fact, video should be our primary approach to story-telling; even before words."

“We get more clicks, gain more audience and sell more advertising with video. It is a change of mindset for all of us, but start thinking video first, before you even start on the story, and clear it through the news desk.”

Whether that is what readers of papers like the MEX want or not - that's what journalists and editors in the regions are under pressure to provide.