The court of public opinion

Losi Filipo's controversial discharge without conviction sparked outrage among the public and the media alike this week. Important facts about the law were obscured by all the anger and calls for heads to roll. 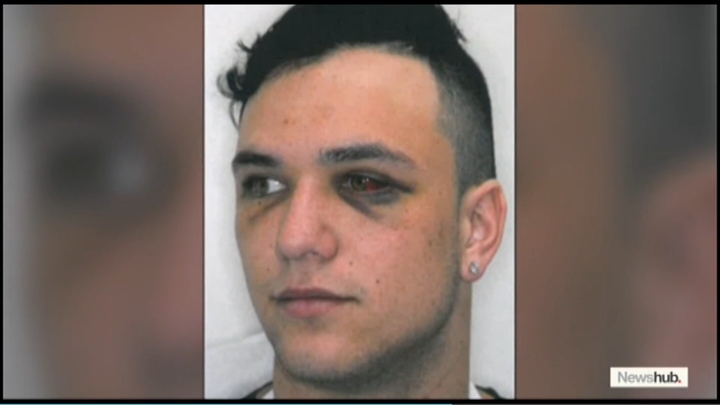 Outrage over the non-custodial sentence for 19 year-old Nikolas Delegat last week had barely subsided when Newshub revealed last Monday that 17 year-old rugby player Losi Filipo had been discharged without conviction after pleading guilty to assault charges.

Newshub also revealed the Upper Hutt mayor and Wellington Rugby had backed his bid to be discharged.

Losi Filipo’s four victims gave media interviews expressing their dismay about the sentence. They have known about it since District Court judge Bruce Davidson ruled in mid-August, but it was all new for the media at a time when 'rugby culture' has been a major topic.

It wasn't long before the blame game and calls for heads to roll began.

On TV3 the following day, a wound-up Paul Henry compared the cases of Delegat and Filipo.

"[Losi Filipo] gets away with it because he is rich. Not rich in terms of money, but rich in terms of friends. He's got the right people to speak for him so he can queer justice and justice, make no mistake, has been queered in New Zealand yet again," Paul Henry told his viewers.

Others on Tuesday also claimed it was a case of “one law for rugby” and a rugby jersey is “a get out of jail free-card”.

Radio Live host Willie Jackson said that only applied to rugby union jerseys. He reckoned Losi Filipo would have been jailed if he played league.

The New Zealand Herald published a First XV of rugby players who avoided convictions while TV3’s Story picked a top-5 of those who "were let off the hook because they were athletes".

It was only in one soundbite with a lawyer wedged into that roll of shame that the disproportionate damage the conviction for a young person can create was mentioned - the very thing Judge Davidson was obliged to weigh up in sentencing Losi Filipo.

TVNZ’s Seven Sharp show last Tuesday called it "a case that divided the nation," but the media spoke almost with only one voice about Losi Filipo's sentencing.

Was rugby a red herring?

"The discharge rules do not favour sports people," lawyer David Robinson noted in 2014 after a similar case in Dunedin.

"It just so happens that it is the discharge of sports people that receives media attention," he wrote.

Some details from the sentencing notes published by Judge Davidson were also overlooked in many reports of Losi Filipo’s sentencing.

"Professional sport is a career path available to young people who have the requisite skills and ability," Judge Davidson wrote. "It should not be seen as anything less than, say for example, a career in law or medicine or the police force or anything else."

In recent years, skiers and snowboarders have also been discharged without conviction - even a player of polocrosse. Apprentices and trainees have also had a second chance.

In most cases, the offending is not as serious or brutal that of Losi Filipo, but some parents responsible for the death or injury of children have also been discharged without conviction in specific circumstances.

How many junior lawyers, police officers, doctors  - or even journalists for that matter - have got off scot-free down the years? That would be an interesting story which we haven’t seen in the media this past week.

On TV3's Story, Heather Du Plessis-Allan pointed her finger at our judges.

"Judges can only be fired for very bad behaviour. If you have an issue, you complain to the judicial conduct panel, but they can't be fired for what you think are bad decisions.' she claimed.

It is hardly surprising that when asked if judge's right to discharge without conviction should be reviewed, 88 percent of Story viewers responding via social media said "Yes". 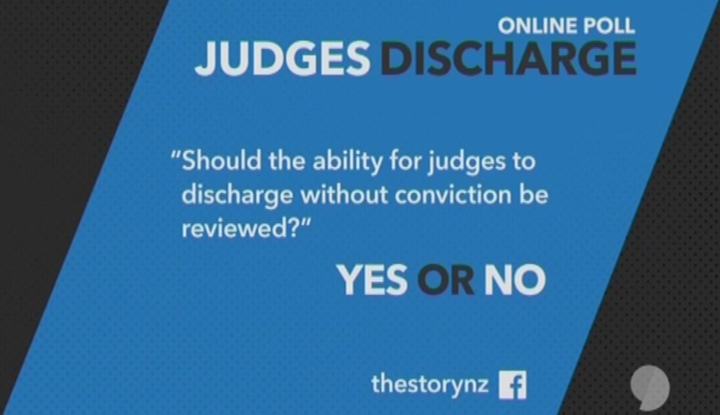 TV3's Story show asks the audience if our judges need a nudge when it comes to discretion in sentencing. Photo: screenshot

It is true that complaints about complaint about the outcome of court cases cannot be considered by the Judicial Complaints Commissioner, but the office of the JCC points out judges are accountable through the public nature of their work and the requirement that they give reasons for their decisions.

Immunity from direct discipline exists to ensure that justice is administered impartially.

On TV3's Story, Heather Du Plessis-Allan herself pointed out that sentences can be overturned by higher courts. No judge would enjoy being made accountable like that.

Newshub and its reporter Brigitte Purcell certainly served the public interest well by bringing Losi Filipo’s discharge without conviction - and the dismay of his victims - to light.

When Newshub requested permission to view the court file and the judge’s notes and summary of facts for the case, it told the judge it sought to be “the eyes and ears of the public” in the matter.

However, too many pundits wanted to be the 'mouth' immediately afterwards - and speak to the so-called court of public opinion.