When the PR machine is in full effect for Apple, news judgement crumbles. 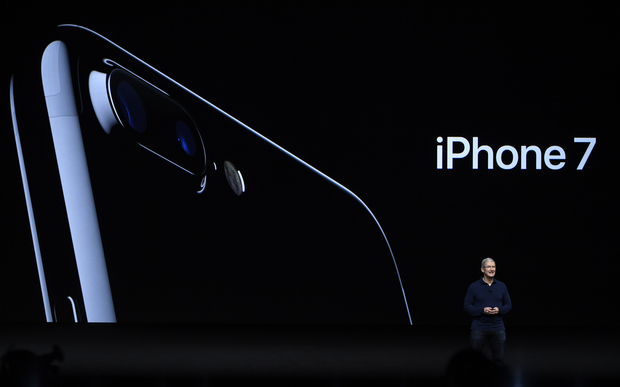 The European Commission ruled it should pay billions of Euros in outstanding taxes because a sweetheart deal with the Irish government broke the EU’s rules. It was terrible PR at a time when profitable multinationals dodging tax was a hot topic.

But calls to boycott Apple products after that have been swamped by a wave of publicity about Apple's new iPhone 7.

An iPhone sales stunt gets pride of place in The Weekend Herald. Photo: RNZ

But by the time hundreds of journalists turned up for the big unveiling in San Francisco, the iPhone's special features were actually old news.

"A celebrity you’ve never heard of already has an iPhone 7," reported bgr.com - a website devoted to news about mobile phones - three weeks ago.

Unsurprisingly, that celebrity was Jimmy Lin, an actor and racing car driver who’s big in Taiwan. His other claim to fame is getting hold of pre-release iPhones.

When he was pictured posing with the new iPhone 7 last month, the pictures confirmed it would have two cameras and no headphone jack, a move Apple’s senior vice president of marketing described as "courage" - prompting much online mockery:

Back in June, Forbes magazine technology writer Ben Sin pointed out not only that all of the new phone’s main details were known at that point, Chinese companies had already beaten Apple to the punch on the two big ones.

Lenovo got rid of analog audio connectivity in its Moto Z phone and Huawei’s P9 phone already has twin cameras, he said.

Vodafone has offered the P9 phone for some time now with its mobile plans in New Zealand, but - unlike the iPhone - this did not make headlines. 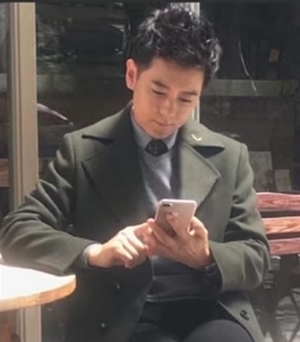 The iPhone 7's arrival in shops here last Friday was another PR opportunity for the retailers.

Every time Apple launches a new design, there are stories in the news about people desperate to buy one queuing up for hours or even days - even though there have been several cases of paid actors doing lining in the hope of adding to the hype.

But long before any queue formed here for the iPhone 7, they were in the news anyway thanks to crafty marketing combined with brand ambassadors' endorsements and biddable media.

"They dance, they do yoga, and, at the push of a button, they will take your place in a queue," said the New Zealand Herald last weekend in a news story based on marketing handouts from Spark - which also doubled as a competition for readers to win a phone and a robot.

The first one hundred people who’d signed up to get the new iPhone had been assigned one of these tiny robots made in China which would stand in line for them until the phones were available to buy last Friday.

It could be “the start of a new robotic shopping experience” said the Herald . . . though it didn't explain what that meant.

What bullshit advertorial parading as news.....it's called newshub, should be adhub. https://t.co/HrF6zEuGRh

That must have been a bit of a bummer for a reporter not yet two months into his career at Newshub:

I start work at @NewshubNZ tomorrow as a Digital News Producer. Caffeine will be my best friend but I can't wait. pic.twitter.com/L6SQXoE9Q7

The reporter said his story was not meant to change the world - it was just a simple piece on "something kinda cool."

"I think it's interesting, it shows how times are changing," he tweeted.

In fact it shows how little things have changed since the iPhone first appeared nine years ago.

While it’s impressive what such a small device can do, and Apple’s phones are innovative and of interest to consumers, normal news judgment should still apply, Australian journalist Margaret Simons argued in 2009.

"Journalists should be ashamed and angry about all the cross promotion, the freebies, the undeclared commercial arrangements and the hype appearing as news - with no declaration or revelation of the public relations machinery behind the so-called news,"  she said.

Back then, she said one of the most powerful functions of the iPhone was its ability to convert journalists into PR hacks.

So it is today, it seems.

But that "PR machinery" is now often in full view in the stories, with the media turning the set pieces and the stunts into news themselves.