Overseas media were called out for sexism during the Olympics. There were instances in our media too, but it wasn't only the women patronised in reporting of Rio. 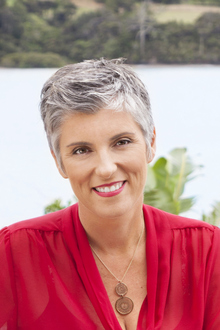 New Zealand’s Olympians mostly garnered good news in the media here. They caused no major controversies and won more medals than ever before. And most medals were won by women.

New Zealand author and sportswriter Suzanne McFadden said men's and women's sport get roughly the same media focus during the Olympics, and that's unusual. But she said that doesn’t mean the media report their achievements in the same way.

"Commentators talk about women as being unmarried, or a mother-of-two or their age. They talk about men being fast, powerful, muscular or fast. Some things don't change - but they should," she said.

Ms McFadden was backed up by UK research widely reported round the world on the language employed in media coverage.

Overseas, cases of media crediting male coaches and partners for the successes of female athletes were swiftly called out on social media, prompting a few apologies and backdowns.

But New Zealand media weren’t entirely gender-neutral in their Rio reporting either.

A New Zealand Herald article last Sunday, insisting a woman should be our flag bearer, began like this:

"Confirmation that dazzling little gymnast Simone Biles will carry the United States' flag prompts the thought: who gets the gig for New Zealand?"

Simon Biles is a small woman, but not especially 'little' to many other women. Her gymnastic routines were dazzling, and so was her sparkly costume - but would anyone describe a sportsman as 'dazzling'?

Probably not. But It wasn’t only women getting the rough end of the stick from the media here.

A male pole vaulter from Japan who missed a place in the Olympic final when part of him knocked the bar off on the way over it prompted this headline in the New Zealand Herald:

"Japanese pole vaulter’s Olympic dream crushed by his own penis"

On TV3, presenter Duncan Garner milked the story for laughs, but was chastened by online feedback.

Diddle! @DuncanGarnerNZ are you seven?!

His co-host, Heather du Plessis-Allan, also agonised over what word to use.

"Can you say 'penis' on TV at 7pm?" she wondered aloud on Story.

Not a problem Heather, as long as it's not gratuitous.

Most of us are grown up about it.

In a wrap-up piece on Rio, the Herald asked: how shall we remember the Rio Olympics?

"Perhaps they will be known as the Games that broke barriers and took the Olympic flame to a new country that has emerged in the past two decades as a major regional and economic power? Unlikely," Dylan Cleaver wrote.

"Maybe they will be known instead as the Penis Games".

Maybe at the Herald, but not elsewhere.

It makes you wonder how the media here would have handled it if Eliza McCartney had been denied her bronze medal by a protruding part of her anatomy.

Canada's new PM Justin Trudeau was applauded for prioritising the appointment of women in his new cabinet, but heavily criticised for referring to Canada's Olympic women as "girls".

Whether that's wrong, when even the athletes refer to each other like that, is a grey area.

But last weekend The Sunday Star Times was having a bob each way.

In a page two story headlined headlined 'Our Girls Strike Pure Google Gold' the paper got the alliteration it wanted.

But the story went on to say: "Our Olympian women are the toast of the team. According to Google they have taken out the top-five ‘most searched NZ Olympians’ in the past three days."

Leaving aside the 'girls vs women' debate, why was it newsworthy that the most-Googled New Zealand athletes were all female?

Perhaps when stories like that disappear we’ll know the gender issue in sports reporting is over.