Who won an Olympic clash in court?

A wrangle over the right to run online video played out in court recently while the Olympic Games played out in Rio. Has the outcome settled the question of who can show what without breaking the law?

Last month New Zealand's two biggest news publishers made the surprising decision to boycott the Olympic Games. Fairfax Media and NZME told their sports reporters bound for Rio to unpack their bags lessthan a month out from the opening ceremony.

Both companies refused to agree to the rules required to gain accreditation for reporters in Rio. They said the holder of the exclusive broadcast rights here - Sky TV - had insisted on conditions which would prevent them running timely and substantial video clips of Olympic action on their websites.

Fairfax and NZME reckoned this would prevent them covering a news event of genuine and legitimate interest and was contrary to the principle of fair use in New Zealand's copyright law.

You pay your money - you make your choice 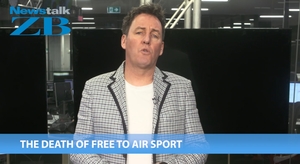 Sky TV said running video from the Games would cut right across the exclusive broadcast rights for which it had paid millions of dollars. It claimed the agreement on the table offered news media here access to more video than non-rights holders could count on in other countries.

This sparked a wider debate about whether a pay-TV company should be able to own exclusive rights to the Olympics in the first place. The Sports Minister ended up fielding questions about it in Rio, and Newstalk ZB's Mike Hosking declared free-to-air premium sport on TV was already a dead duck.

But not all media agreed fundamental media freedom was at stake.

NZME owns Radio Sport which did a deal with Sky to ensure its could send a team to Rio. TVNZ signed up to the news access rules and so did TV3, whose Rio anchorman Mike McRoberts criticised Fairfax and NZME.

“What Sky and the IOC have offered across all platforms for the Rio Olympics is better than we've ever had," he said.

RNZ can run clips of Olympic audio from Sky TV in news programmes on the air, but not online because the audience could be international. People listening to RNZ via website or the app heard longs gaps of silence instead.

But there was a resolution of sorts on the issue of online video when Sky went to court to stop Fairfax Media running online video of events without permission.

In the end, the judge did not grant an injunction. Fairfax Media claimed it was a win for media freedom.

Does that mean anyone can now pinch TV pictures of premium sport and put it online, no matter who holds the rights?

"The question is: 'Where is the limit for what is legitimate under this exception'?" 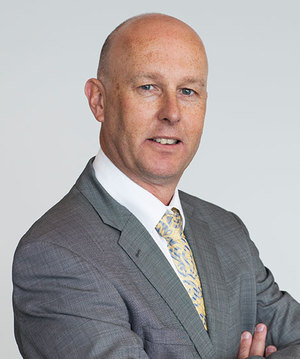 He said he wasn't surprised the injunction wasn't granted because an injunction might have killed the 'fairness' argument for the defendant if the case was heard in a full trial later on. And with the Olympics Games under way, a quick decision was required.

Sky TV told Mediawatch it is still pondering whether to push for a trial, and it noted that going to court coincided with Fairfax reducing its online use of Sky TV's pictures from Rio.

"A trial would be useful for determining the limit of the fair dealing exception," Mr Shera said.

A forthcoming review of New Zealand's copyright law will consider whether the narrow 'fair dealing' exception could be amended along the lines of US law, and the wiser concept of 'fair use'.

He argues this would also make it easier to keep up with changes in technology.

Until then though, media companies using footage a broadcaster has bought for big money will need to make a deal in advance - or be prepared to fight for their rights in court.