Give facts a chance

False claims can spread faster than ever in the media these days, and far faster than the truth about them can be established. Journalists make things worse "behaving like young people online", says one overseas expert. But fact-checking services to set the record straight are on the rise. 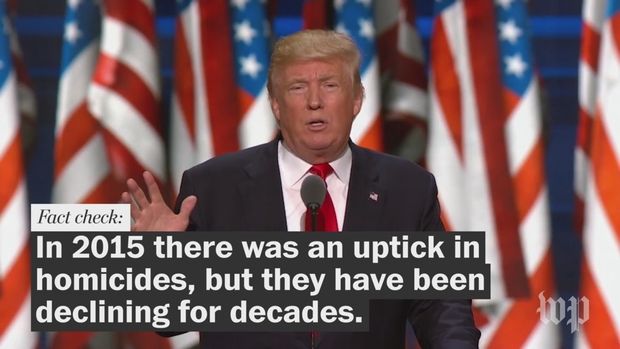 Controversial New Zealand-born radio host Derryn Hinch is called 'The Human Headline' in Australia for the public stands he takes on certain issues.

In Australia's recent election he stood as an independent candidate - successfully - to oppose the law that makes voting compulsory there.

"We only have it in Australia and in Belgium. It’s not compulsory in New Zealand or Canada or the United States or the UK," he said on ABC's politics show Q and A earlier this month.

Ninety percent of New Zealanders vote even though they don't have to, he insisted.

Oh no, we don't. Turnout was only 77 percent here in 2014. It hasn't been as high as 90 percent since the 1980s, but most Australians watching Derryn Hinch on TV that night would not have known that.

In May, the ABC closed its dedicated fact-checking unit citing budget cuts, but it posted a video of Mr Hinch’s claim online and invited people to check it.

News analysis website The Conversation obliged. It set the record straight on New Zealand's declining turnout and pointed out compulsory voting existed in several other countries too.

To his credit, The Human Headline told The Conversation how he got it wrong:

“I was discussing the issue with my New Zealand brother. He said: 'Back home, where voting is not compulsory, the participation rate gets as high as 90%.' I recall seeing that figure when researching a court defence for not voting several years ago. Don’t know exactly where I read it though...”

But not all maverick politicians are quite so willing to concede they’ve been fast and loose with the facts.

Pulling up the politicians

In an extraordinary full-page editorial this week, the Washington Post said Donald Trump was unfit for president because he treated fact with contempt.

"Throughout the campaign, he has unspooled one lie after another and, when confronted with contrary evidence, he simply repeats the lie,” said the paper.

To prove the point, the Post’s fact-checking service went though his nomination acceptance speech and exposed 25 key claims as untrue in a video compilation that runs for eight and half minutes.

But while setting the record straight is a good thing, only a fraction of those exposed to the false claims of strident politicians would have found out the fact-checked truth later on.

These days, unverified claims which are deemed newsworthy are rapidly reported and amplified by the news media before being verified properly - or at all.

And it's not just happening overseas.

Tom Currie hit the headlines here recently when almost every major media outlet reported he had quit as a barista in Auckland to travel New Zealand to play Pokemon Go. The BBC, CNN, The Guardian and many more around the world ran the story too.

But when the Dominion Post's Nikki McDonald checked Tom Currie’s Facebook page, it wasn't quite as reported:

The guy who "quit his job" to travel NZ to play Pokemon Go left work on 19 May. Global story & no-one fact checked? pic.twitter.com/N37fv3Qm9v

The story of a man already on holiday extending it to catch Pokemon once he’d already started is a little less 'clickable'.  It's no longer in the interests of online media to check out the details of good yarns - lest the fact get in the way of a 'shareable' story.

The rapid spread of misleading information online was a major issue raised at the World Journalism Education Congress held in Auckland this month at AUT. 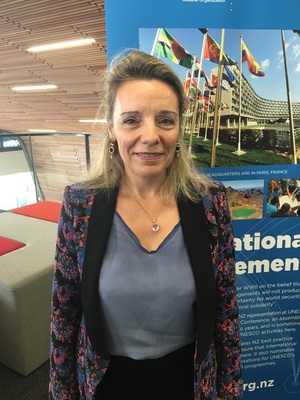 In her opening address, Professor Divina Frau-Meigs from the Sorbonne Nouvelle University in France cited research showing false information spreads much faster online now than the truth can be established.

"It takes two hours to confirm a rumour that is true, but 12 to 14 hours to debunk a false rumour," she said. "But the biggest spreaders of unverified rumours are the media."

Bona-fide news organisations now report early, unverified information more often, using hedging language or attributing the report to other sources. Corrections can then be made later without having to be accountable for any errors.

"They tweet and then think about it later. If they've made a mistake, they modify it online. That can work with a recipe if you mistake the salt for the sugar. It's more complicated for important news or rumours that are very damaging."

Can the facts trump fast-spreading falsehood?

The release and reporting of the Panama Papers was probably the biggest fact-checking exercise in recent times.

It was overseen by the US-based Centre for Public Integrity (CPI), headed by New Zealander Peter Bale. 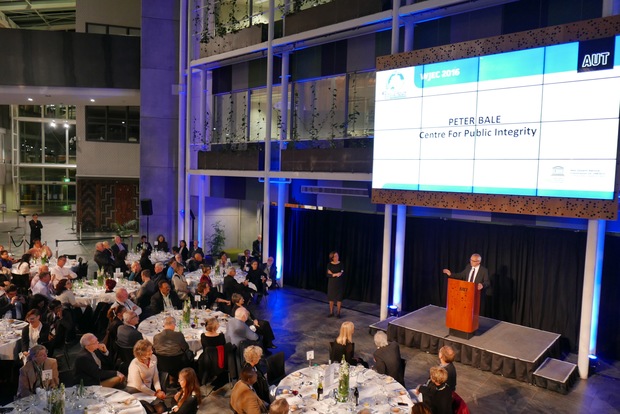 In an address to the WJEC, Peter Bale said improvements in fact-checking and data journalism were lifting the game for the news media in the digital age.

Indeed, several stand-alone services that do nothing but check facts have sprung up such as FactCheck.org and the pioneering and Pulitzer-Prize-winning PolitiFact, which rates claims as either true, mostly true, mostly false or “pants on fire”.

The CPI and the Washington Post have teamed up with online fact-checkers to scrutinise US political advertising in the current campaign. 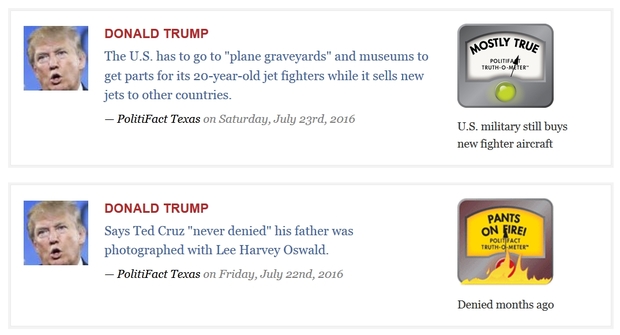 Aren't newsrooms supposed to check their stuff before publishing it? 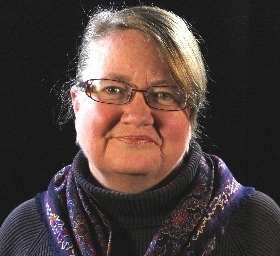 Indeed, says Margaret Van Heekeren, an expert in fact-checking and verification in a digital age from Charles Sturt University in Australia

“But it is no accident that the emergence of fact-checking as a journalistic genre in its own right coincides with the arrival and growth of digital news from the 1990s," she told Mediawatch at the WJEC.

Most journalists are now required to publish on at least two mediums as well as social media, without the input of sub-editors.

“We're in a 24/7 news environment. The pressure to publish means things are published without being checked.
But at the same time, we expect greater accountability so the fact-checking websites are important." 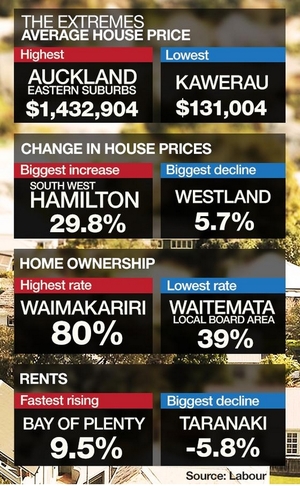 Mediaworks' Newshub made full use of data supplied by Labour on housing. Photo: screenshot

In the past, a political claim might be challenged or contradicted when a journalist sought comment from an opponent of the source, or an expert on the subject.

"It was a de facto form of fact-checking," said Dr Van Heekeren, which worked when a deadline was distant.

"Now, the claim of Person A might be reported straight away online, but then something else breaks and we never get to hear what Person B thinks of it."

Those seeking to spread their own messages via the media are willing help out too.

Labour recently released interactive data on housing affordability, run at length by TV3's Newshub at 6. The online Newshub story linked to an online presentation with a political message woven around Labour's data.

Linking to information from elsewhere is a staple of modern multi-media journalism, but is it wrong to run someone else's data as news?

"It is a fact that the Labour Party has released that," said Dr Van Heekeren. "But they should interrogate it themselves too. There has been selective choices made in that data by a political party. Get some journos working on that and get the story out the next day."

Automatic for the people?

Specialist fact-checking software is now being developed to speed up the scrutiny.

Online tools like ClaimBuster - developed by the University of Texas, Duke and Stanford Universities and Google Research - uses language processing to indicate whether a sentence is worth further checking.

However, no piece of software is useful without an initial inquiry founded within traditional journalistic scepticism, says Dr Van Heekeren.

"It comes back to critical thinking and looking for red flags. Journalists have had to do that ever since the guy down at the pub first told them a yarn."