Three recent studies of media habits have sobering conclusions for big names in publishing and broadcasting, but that doesn't mean it's all good news for digital-age outlets on the rise.

It was a finding to chill executives of all traditional media businesses, not just TV broadcasters.

The research also found half of all respondents with online access reported using social media as a news source.

The Columbia Journalism School's Tow Center for Digital Journalism, meanwhile, recently concluded so many people were getting their news via the likes of Facebook and Twitter that those platforms were effectively becoming publishers, either by design or by default.

Vivian Schiller is an executive who has worked at big names in the 'old' media, including CNN, NBC and the New York Times, as well as head of news at Twitter.

As she sees it, the circulation of news by online giants such as Twitter, Facebook and Google threatens the future of long-established news companies.

"They have built something extraordinarily useful with their platforms. That is where the audience is now and news publishers know it," she said, speaking at the Tow Center recently.

"The online platforms need news because news will get people to come back many times in a day. Your neighbour's baby pictures are not going to do that. But other than that, the platforms hold all the cards."

If Facebook and Twitter deliver a huge audience to the online stories of BBC News or the New York Times, what's the problem?

The Tow Center's research found publishers of news - including some of the very biggest names in the business - were "losing control over their stories, the power of their brands, and losing their relationship with their audiences".

Its research found substantial numbers of people reading news via Facebook weren’t able to recall where the news actually came from.

That’s not surprising following another new study, by Columbia University and the French National Institute, which found 59 percent of links shared on social media were not actually clicked. In other words, millions of people were sharing news online without ever reading it.

As if to prove that point, a website called Science Post published a story last month with a headline about that finding. About 46,000 people shared it online, in spite of the fact the story below was nothing more than "lorem ipsum dolor” placeholder text in Latin.

Does the rise of "distributed news" mean that even the biggest names in news around the world are doomed to become less powerful and less well-known than they are today?

It found established news brands around the world were still hugely valued by people wherever they found the stories.

"There's something about 'digital' which means we trust news less than we used to," the report's lead author, Nic Newman, told Mediawatch. 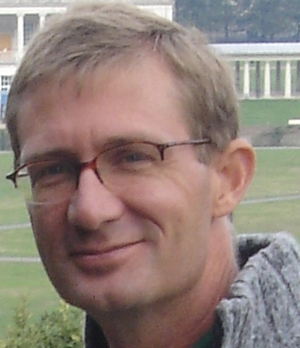 "Trust is something you build up over time and there is still a premium on names like the BBC in the UK and a whole range of newspapers. People have 'anchor brands' that they keep coming back to and they use others as secondary sources, or for entertainment in downtime," Mr Newman, a former newsgathering executive at the BBC, said.

"Even though 'digital-born' brands like Huffington Post and Buzzfeed have acquired really good journalists and are doing some great journalism, people see them as a bit frivolous."

On top of that, he said, there was a stark generational divide.

"People over 45 consume news the way they always have: through TV and printed papers, with news websites as a supplement. But younger people start their day with a mobile and social media feeds. They will only occasionally watch a TV news bulletin or read a paper."

There were some outliers. In Germany, for example, television was still very popular with many age groups. Printed papers were big in Japan. But still, the same age divide was clear in all 26 countries surveyed.

"Reaching both these audiences is a massive challenge for traditional media companies," Mr Newman said. 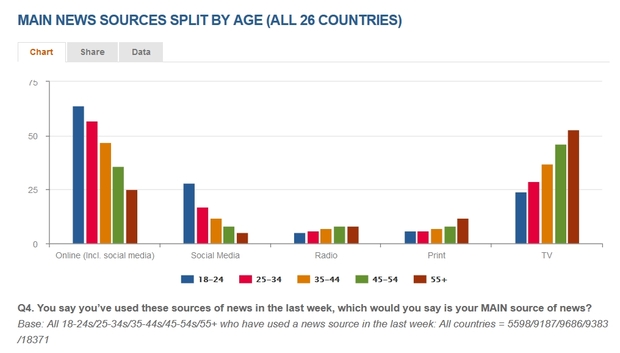 Publishers offering their content online for free count on getting a large enough audience to attract advertising, but some people are almost impossible for advertisers to reach online.

"Across all of our countries, between 20 and 25 percent of people surveyed are using ad-blocking software," Mr Newman said.

Again, the rate was even higher among the young, so that trend was expected to intensify. 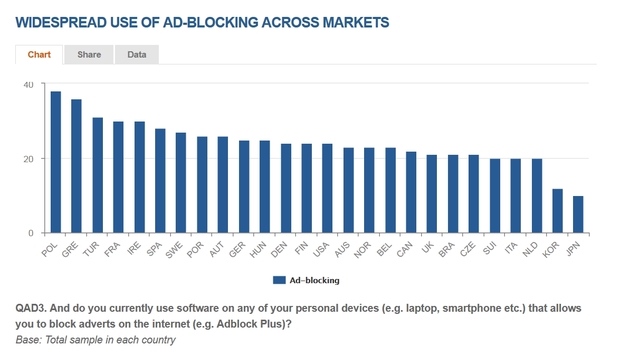 "Once you start ad-blocking and realise how pure the experience can be, you virtually never go back. Use of these tools is going to grow and grow," Mr Newman said.

Stumping up for news online

There's not much solace in the report for publishers who want to recruit subscribers. Only 9 percent of people surveyed in English-speaking countries had paid for any kind of news online in the previous year.

"There's so much news out there of a sufficiently high quality and only a few people are sufficiently interested in news that they are prepared to pay," Mr Newman said. "Those figures haven't changed in any of the countries we have surveyed in recent years".

This was one of the trends that had persuaded executives at rival media companies they were better off together, rather than trying to compete with each other, he said.

"You've seen consolidation in New Zealand and a lot of other places. It raises questions about plurality and the quality of news," he said.

Mr Newman said the biggest change in the past year was that people were not only finding the news on social media feeds but consuming it there too. Facebook in particular, he said, was trying to keep people on its platform rather than following links away from it.

"That means even less opportunity for news publishers to make money, and more power for US-based technology companies. It will be really interesting to see how that develops."

If Facebook, Google, Twitter and others keep taking the audience and advertisers away from the media companies that actually produce the news they distribute, the system appears to be risking collapse.

"The scale and power of these platform means they [will] win," Ms Schiller said, based on her experience working on "both sides of the fence".

She added a warning: "There's a vague promise that the platforms will deliver growth and value [to the publishers] but that remains to be seen. It's a very precarious, dangerous moment."