Is a 'post-truth' era upon us?

The government has shrugged off events and evidence contradicting claims made by ministers recently, frustrating many journalists.

Are we really in a "post-truth" period where the facts don't matter any more? If so, do the media share the blame?​ 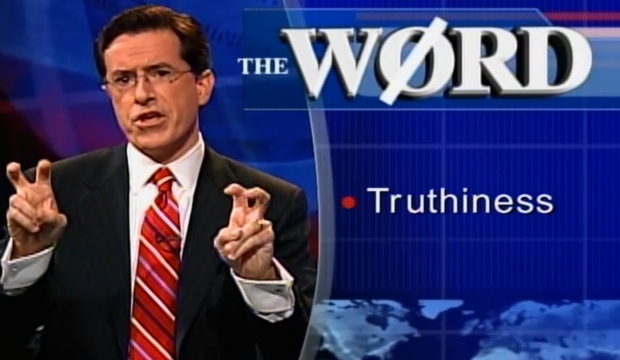 In 2005, US comedian Stephen Colbert coined a word on his satirical TV show to describe strident political assertions based on tiny traces of facts: "truthiness".

More than a decade later, commentators still use it to call out claims made in the news that don't stand serious scrutiny.

But the questions is: when it comes to contested claims, do people ever end up knowing the truth - or is 'truthiness' what sticks in the mind?

A catalogue of contradictions

On TVNZ's Q+A last weekend, political editor Corin Dann confronted Prime Minister John Key about several claims made by his government that were contradicted by other developments.

Mr Dann put it to the prime minister that his government couldn't continue to spin statistics and figures he didn't like.

Mr Key said, in politics, all facts were open to interpretation by rivals and journalists. It echoed his now-notorious BBC interview in London back in 2011, in which he said "experts were like lawyers" and you could always find another to give a different opinion.

"I could go and look at all of the opposition claims, we don't hold them to account every five minutes on them, because in the end I'd be debating the minutiae as opposed to debating the point," Mr Key told Mr Dann.

Journalists have been venting their frustration about all this lately.

"Do John Key and Andrew Little think we are all stupid? Don't answer that," a despairing Vernon Small wrote in the Dominion Post in response.

"They have been caught out, time after time, speaking untruths – about really important stuff – and refusing to rectify problems, let alone admit to them," wrote TVNZ commentator Dita Di Boni.

"Key, Bennett, English, Bridges and so forth insist everything’s fine. But they’re wrong, and need to retract their incorrect statements. They must apologise," she wrote.

Clearly many politicians see no need to do that, even in cases where the evidence is stacked against them. But why? 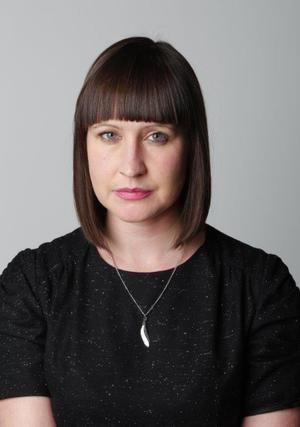 In another opinion piece on TVNZ's website, political correspondent Andrea Vance said "the polls don’t punish National for straying from the truth", and she pointed to the success of fact-free campaigns by Donald Trump in the US and Brexit backers in the UK.

"We are living in a 'post-truth' era and it has infected New Zealand politics," said Ms Vance, who worked for newspapers in the UK before reporting on politics here.

She's not the only one who thinks so.

Just politics-as-usual in the age of spin?

"This is different," Ms Vance told Mediawatch. "With Trump, Brexit and what's happening here you've got political players actively deceiving the public. Politicians have always been selective with truth, but now it is brazen. I've been doing this for 17 years and its getting worse. It's also crept into the public service. This lack of accountability and obfuscation feels like it's sanctioned by political masters".

If government ministers don’t feel obliged to acknowledge contradiction - and many people don’t seem to care - doesn’t that mean the media aren’t doing their job?

Andrea Vance insists political reporters do routinely call the government to account, even if many people fail to notice, but she conceded the media do have questions to answer.

"If the job of political reporters to help people make sense of the chaos and spin and complexity of policy - rather than add to it - it's fair to say many times we fail. The media are under real financial pressure, and political reporting can tend to fall into a 'he said, she said' style."

Political reporters and editors these days often say: “Perception is everything in politics." Or even, "Perception is reality."

Doesn’t that encourage politicians to ignore contradictions because, for them, explaining is losing?

"On the flip side, perception is everything in politics," Ms Vance said. "How people respond is a huge part of political reporting. Also, there is some public responsibility here. It's the public [that] drive the demand for vacuous celebrity-based news."

The power of perception

Why would people take political claims at face value and be uninterested in contrary evidence?

Prof Fish, who studies the psychology of perception, cites the "illusory truth effect". 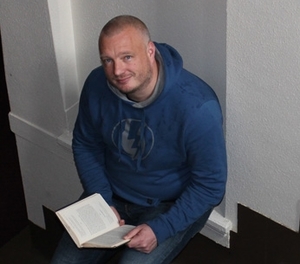 "If you hear something often enough, you can come to think it is true even if you hear it in the context of it being denied or rebutted," Prof Fish told Mediawatch.

"It's not just that politicians are making claims and hoping they don't get caught out. Making the claim often enough, and having people dispute it, can still fix the idea in peoples' minds," he said.

"Politicians can get away with it because of public apathy," Ms Vance added. "The examples raised [on Q+A last weekend] and in my column have all been reported."

"I sometimes wonder if people want to hear the facts and the truth, or if they're more interested in hearing what they believe is the truth and to go along with the politicians that reinforce their prejudice."

It's also an open question how many people are exposed to the reporting and analysis that does scrutinise contested political claims.

Mr Dann's confronting interview with Mr Key on Q+A was broadcast live on the show's Sunday morning timeslot to a relatively tiny audience. And people uninterested in politics in the first place are unlikely to have read Ms Vance's column warning that a "post-truth" era is now upon us.