The papers in your neighbourhood

Plenty of people read local newspapers and they still make money, but New Zealand's biggest publisher of them is cutting jobs and pushing their news out onto an internet service instead. What's the plan - and can independent local papers survive? 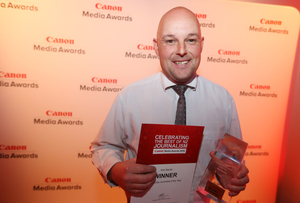 "It's sports, it's civic stuff, its local issues that matter to local people like housing health and education," said Kris Dando, the winner of the this year’s Canon Media Award for best community reporter, speaking to Jesse Mulligan on RNZ National last Monday.

He was talking about the bread-and-butter business of reporting for The Kapi-Mana News just north of Wellington, which also won the award for best community newspaper of the year.

"I love working for a paper that represents people here. The readers feel like they own this newspaper," said Mr Dando.

But it is the biggest newspaper chain in the country - Fairfax Media New Zealand - which owns The Kapi-Mana News. Fairfax here is in turn owned by Fairfax Media in Australia, which wants to merge with the other big paper publisher here NZME, which is also owned in Australia.

A merger would make the future of many local and regional papers around the country uncertain, but Fairfax Media already has bold plans for its local papers.

Last Monday, the award-winning Kris Dando told Jesse Mulligan he was optimistic even though these are tough times for the entire newspaper business. He said local papers may even outlast the metropolitan daily ones.

It sounded like wishful thinking, but he wasn't wrong about their appeal. While fewer people are buying and reading daily and weekend papers, readership of local papers is steady and actually increasing in some places.

Fairfax had just redesigned all of its community papers, and promoted the move in a YouTube video in which editors sang their praises.

But last month Fairfax Media announced it would "streamline" those same papers and cut 12 jobs, and this month it published recruitment ads seeking new journalists.

"With a key focus on hyper-local journalism and innovative digital storytelling, we are changing the world of journalism," said Fairfax Media."We are at the forefront of contemporary journalism thanks to our broad reach, along with new digital and data technology and a new way of working".

Mediawatch has seen the strategy presented to Fairfax staff.

This was part of a bigger plan called ‘News Rewired” which won an award this week in London. Fairfax's submission to the The International News Media Association makes it clear it sees the future as digital.

“The demands of print production for 63 daily metropolitan, regional and weekly community newspapers were sucking the oxygen out of the newsrooms, and providing a barrier to infusing a true culture of innovation and experimentation," Fairfax Media told the INMA.

'News Rewired' has made the website stuff.co.nz the core of Fairfax's news operation, rather than the daily papers. Similarly, this new strategy for community papers has the website Neighbourly.co.nz at the heart of plans for local news.

What's Neighbourly when its at home?

Neighbourly offers free, private websites across New Zealand for registered users to share local information. They see news and notices about their immediate area and what people want to buy, sell or exchange.

It launched in June 2014 and says it has already secured almost 300,000 members. Fairfax Media has now acquired 45% of the company.

Under the Community Newsroom Restructure, Neighbourly is going to launch public pages for all of Fairfax’s community mastheads later this year. Community newspaper editors are being replaced with news directors with broader reach.

"News Directors will be responsible for driving digital content on the Neighbourly platform, Stuff and Stuff Nation and other social media platforms and print," says a document for Fairfax staff. "We're not hung up on what our people want to call our local champions. If a person in the community identifies with the term "Editor" when they contact us, that's great."

Fairfax is aware that some people may not want to sign up to yet another social network - including its own journalists.

"If you wish, you’ll be able to do this without sharing your personal details," the proposal says.

Will the local papers close down? 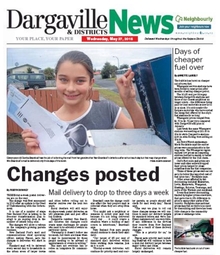 No longer in print - Dargaville and Districts News. Photo: screenshot

It’s already happened in Dargaville. Fairfax closed The Dargaville and Districts News in February, claiming it was uneconomic in print.

"Why don't you come and join us on our new digital platform, Neighbourly.co.nz?," the readers were asked. "It’s designed to help neighbours connect and share news, views and tips. In the next two months we will be rolling out a special page for Dargaville news."

A lot rests on how good Neighbourly is at passing on news local people can use, and whether people sign up in big numbers.

The 55% of Neighbourly Fairfax doesn’t own belongs to the site’s co-founders, Shane Bradley and Casey Eden.

"We could probably get news through Neighbourly to a places like Auckland, but to more far flung towns it is difficult to build critical mass and papers have been the way local communities have spread news so it makes sense to use them to take it digital," Casey Eden told Mediawatch. 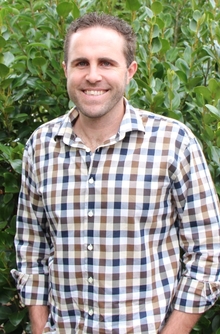 Neighbourly aims to have local pages of information for at least 600 locations, he says, and is already working with local publications other than those published by Fairfax. Visitors to Neighbourly will be able to see news content online even if they don't register as users, he says.

"What Fairfax is hoping to do with Neighbourly is to take the content journalists produce and match it with community content on one feed," he says. "Fairfax understands that community news can come from other local sources too."

Community papers won't close down anytime soon, he said, even though Neighbourly is attracting between 600 and 700 new users each day.

"Fairfax isn't going to get rid of a product which older readers like but they're also thinking about the 15- and 25-year-olds who may never embrace community newspapers."

Could the independents' days be numbered?

The Wanaka Sun was established in 2001. More than 7000 copies of it are delivered free to houses and businesses across Wanaka, Hawea, Cardrona, Makarora, Luggate and Tarras. In the summer tourist season, the locally-owned paper’s print run is bumped up by 50 percent.

Since 2013, it has faced competition when Fairfax Media it set up The Wanaka Mirror, which now attracts more advertising in the area and it is urging readers to sign up for Neighbourly too. 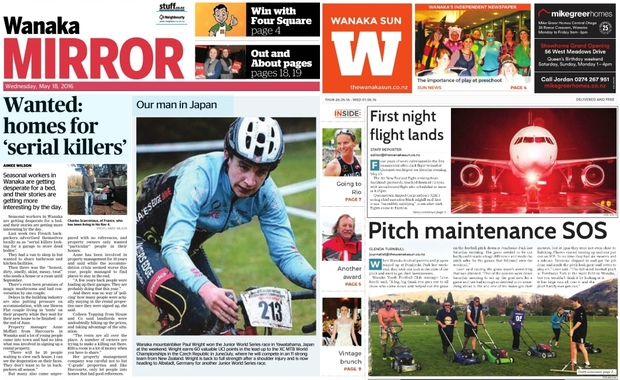 "Another player has come in to town with an app you have to download," owner Aaron Heath told Mediawatch. "But at the end of the day people want to sit down and read the local news in a paper. Local news is the heartbeat of the community. You can find out what's going on around the corner by taking our paper out of the letterbox." 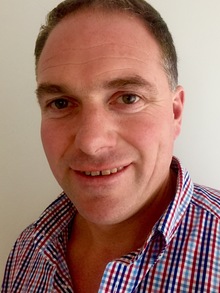 "I think people want to access their news easily, without obstacles. I think people are wary about signing up for things now, and their privacy, and becoming the product themselves."

But if Neighbourly takes off like Trade Me (also formerly owned by Fairfax) did in the past, Mr Heath says it could become harder for anyone else to set up a local paper in an area which could use one.

"If they get traction and pick up subscribers in those places it'll be hard. It all depends on how willing people are to sign up and whether they want news in that way," said Mr Heath.

"People will still start smaller independent papers," he says. "That's the way the print market will go and big corporates will struggle to do that".