Media merger will change the news

If New Zealand's two big news publishers become one, it will inevitably have an impact on the news, and how it's delivered.

When news of the proposed merger of Fairfax Media and NZME broke, their staff were - naturally - nervous about their own prospects. If the merger is cleared by the Commerce Commission - a big if  - it's likely to take many months. Many staff may choose not to hang around and wait for the outcome.

The effect it will have on the news will take time to unfold as well, but it will be significant. 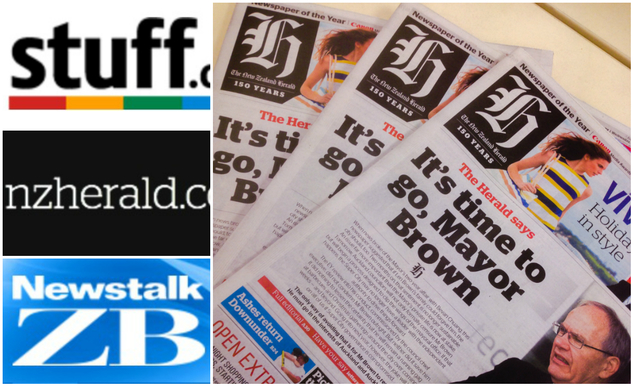 Fairfax and NZME have been cutting costs and laying off staff for years because of falling revenue. A merged company would employ fewer journalists and editors - especially those now working in Fairfax and NZME's newspapers and online news.

With the exception of the lower South Island, almost all major towns and cities are already 'one-newspaper towns' with a local title published by either Fairfax or NZME. By contrast, Allied Press, which is locally-owned - publishes the Otago Daily Times in Dunedin, and other papers in the region.

Most existing daily papers could survive the merger, but those in the north-of-Taupo-orbit of the New Zealand Herald  - such as The Northern Advocate in Whangarei and the Hamilton-based Waikato Times - will be worried. Some community papers could close too, or merge with others published nearby.

The single company would also own all three Sunday newspapers. The struggling Sunday News would probably not survive, while the rival Sunday Star Times and Herald on Sunday would suddenly be stablemates - possibly with room for just one horse in the stable.

It is not clear what would happen to the two competing websites, NZME's nzherald.co.nz and Fairfax's stuff.co.nz. They could be merged into one, which would more likely mean readers being charged for content. 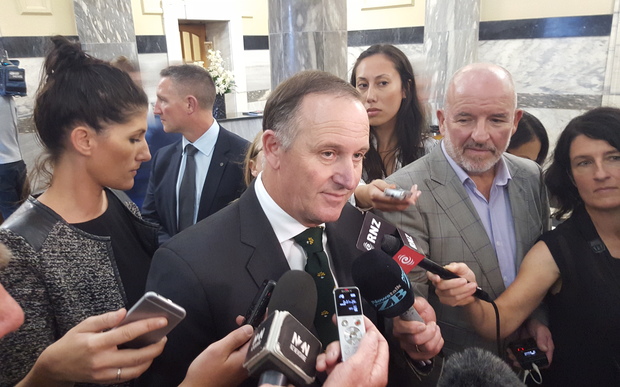 Political reporters interview John Key. NZME and Fairfax have political teams, but might only need one if they merge.  Photo: RNZ/ Jane Patterson

The Commerce Commission may find it more palatable if both continued as separate options for online readers and advertisers. Instead of both chasing the same readers, one might run popular news and content, the other could host more traditional journalism.

The in-house news agencies - NZME's NZ Newswire and Fairfax's NZ News - would also be duplicating each other.

There would probably be a single team covering sports, business and preparing the lifestyle sections and magazines. Politics and business would also be covered by a single staff.

Where two reporters from each organisation once covered - say - the same court case in Napier, a merged company would send just one. And that wouldn't make much difference to anyone reading the report in Christchurch or Auckland.

But a single team covering areas such as politics and business, which require analysis and interpretation, would be a real loss. Two independently-minded teams covering news and issues would better serve readers than one reaching a bigger audience. The business and political editors of a single, merged operation would be much more influential.

Back to the future

Former newspaper editor Jim Tucker told Mediawatch a single media company providing all the national news in print would be something of a throwback. 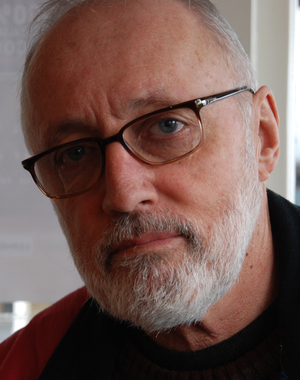 Until 2011, newspaper companies funded the New Zealand Press Association, which shared their news between them. It was scrapped when Fairfax and APN - NZME's forerunner - pulled out, partly because they had come into direct competition producing Sunday newspapers.

"In most places, the fat has already been trimmed to the bone," said Mr Tucker, who lives in New Plymouth. "NZPA was a single news service providing comprehensive coverage of the whole country to newspapers in every town," said Mr Tucker. "What we have now are two competitors with incomplete networks, each with blank areas from which they cobble together makeshift coverage."

"The country was long ago rationalised into single geographic markets journalists will still be needed to provide coverage. I’ve got a feeling journalists may not be at as much risk as everyone thinks. The managerial ranks will be decimated but journalists won’t shed tears over that," he added.

He also pointed out it is a possible return of local ownership.

"Would it be a bad thing if the profits of journalistic labour stayed within the country again?," he asked.

But it remains to be seen how profitable the single company could prove to be, with several competitors still chasing the dwindling revenue from advertising.

New Zealand's commercial media companies are already collaborating where they have mutual interests. For instance, NZME and Fairfax already share printing plants to save money.

But lobby group The Coalition for Better Broadcasting said the proposed merger created "a monopoly with too much market power," noting it would also have half the commercial radio networks, currently owned by NZME,

"These consolidated operations may be more efficient from the shareholder’s point of view. Unfortunately they all entail employing fewer journalists to produce more content across multiple platforms," the Coalition said.

"The obvious implication is that less time and resources will be available to cover New Zealand events adequately."

Warning from across the ditch 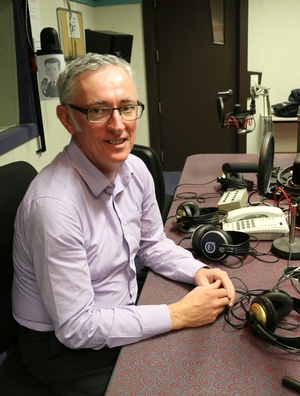 The merger move here may not have even been mooted in the first place without a possible change to media rules across the Tasman.

The Australian government has signalled a relaxation of restrictions on cross-media ownership. Currently they prevent media companies owning newspapers, radio and television in big city markets. One reason APN wants to shed its New Zealand holdings is to free up money to invest in more profitable media across the Tasman.

Paul Murphy, chief executive of the journalists' union in Australia, the MEAA, told Mediawatch mainstream media and the government argue diversity exists because of the internet.

"But the main news websites people read there are owned by Fairfax, News Corp, Channel Nine and Seven. If you bulk up those companies you're losing choice," he said.

The proliferation of online sources of news content does not necessarily equate to a proliferation of independent sources of news, current affairs and analysis. Indeed, the internet has, to date at least, tended to give existing players a vehicle to maintain or actually increase their influence. This pattern can be seen in Australia where to date, the established media outlets have tended to dominate the online news space.

- The Department of Communications’  paper on Media Control and Ownership, June 2014

He says APN in Australia (NZME's parent company) wants to get out of newspapers altogether to concentrate on advertising and radio. Other companies have made similar moves.

When The West Australian print media group merged with Channel 7 in 2014, two news operations became one.

Fairfax Media in Australia laid off 30 more journalists this week, prompting staff to complain there is no vision beyond cutting staff and costs.

"We have significantly fewer journalists, with more responsibilities to feed more platforms. It's a business solution, but there also has to be a solution for quality. After four years of cuts at Fairfax (in Australia), there's still no plan for that," Mr Murphy said.

The proposed national merger of Fairfax and NZME here may be a sign of things to come in Australia if media companies' financial slide continues.

"We are both small markets in global terms. The concern is that governments and regulators sleepwalk into the future, only focusing on business problems  - but not in the public interest in a diverse media marketplace, which is an integral part of democracy."