Out from under the censors in Myanmar

What is it like publishing newspapers when military censors call the shots? The editor of The Myanmar Times tells RNZ's Graeme Acton what a difference democracy makes. 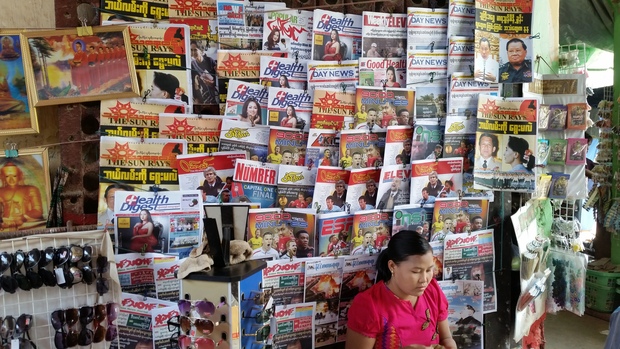 In 1990, the National League for Democracy (NLD), led by Aung San Suu Kyi, won a convincing victory in a national election, but the military rulers in what was then called Burma clung on to power. It wasn't until last year that they finally relented after the NLD won a landslide victory in a new election, ushering in a democratic era that's just now getting under way.

For much of the period of military rule, Myanmar's media operated under some of the strictest censorship in the world.

“Every Friday we would finish our version of the paper and send it to the censorship board," says Thomas Kean,  the editor of The Myanmar Times, which publishes in English and in the local Myanmar language.

"They would send it back to us with crosses though the articles and photos we had to remove. We would keep alternate articles and whatever was censored we would replace with the alternate ones," says Mr Kean.

"Almost anything political was censored, " he recalls. "For instance anything about Aung San Suu Kyi, unless it had already been carried in the state newspapers. They were also sensitive about anything which showed poverty. When you write about Myanmar you can’t avoid the fact that most people are poor. They would even censor photos of people looking poor”.

It wasn't just the news they were worried about.

"They censored our social pages. You couldn't publish a picture of a foreign man and a Myanmar woman together. If a skirt was too short, we would have to Photoshop a longer dress onto her. They were reading the classifieds and censoring the adverts too".

The direct censorship was ended suddenly – and unexpectedly – by the military government in 2012. In theory, Myanmar’s papers have been free to publish whatever they have wanted to – within the law – since then.

“Even before the end of censorship we could do a bit of that," says Mr Kean. He says he won an Asian journalism award for opinion writing in 2011 for an editorial critical of a government farmland policy - one which the censorship board approved for publication. 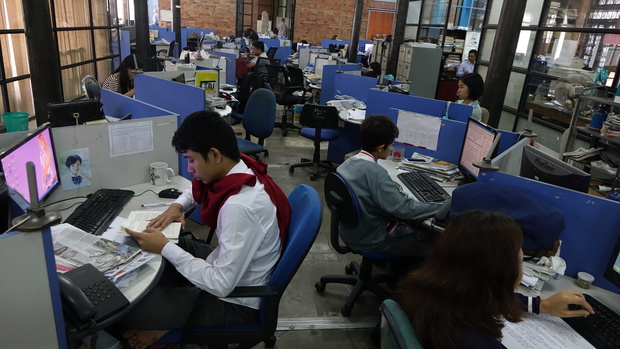 Last year, a new media law created an independent council to regulate broadcasting and the press and a licensing system accommodating both public and private broadcasters.

But that didn’t mean full freedom of expression.

Last year, one local journalist received  a jail sentence for trespassing when he was trying to interview officials on camera at a public education office – and some news outlets reported five men were jailed for publishing a calendar acknowledging the marginalised Rohingya as an ethnic minority. And it made headlines here and overseas when New Zealander Phil Blackwood and two local colleagues received jail sentences for using a psychedelic image of Buddha wearing headphones to promote their bar.

Are Myanmar’s media now truly free to criticise the powers-that-be in a country where that hadn't been possible for more than 50 years?

“We now write about things the military does which doesn’t paint it in a good light", Mr Kean says. 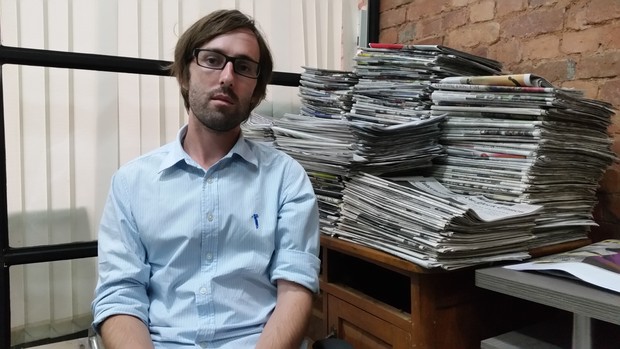 “The main challenge to media freedom now is that no-one can make money.”

The Myanmar Times has no trouble attracting enough advertising, Mr Kean says, partly because its English language edition attracts educated and wealthier buyers and advertisers. But, he says, there were as many as 10 daily papers in the local language trying to survive in 2012; now only six remain.

“If (people) are confronted with paying 10 cents for the state-backed paper, or 20 to 25 cents for a private paper, they’ll choose the cheaper one,” says Mr Kean.

Myanmar is opening up online as well, after years of heavy internet control, but Mr Kean says there's little chance of local papers making money on the web in Myanmar.

"People are looking at news for free on Facebook and on their phones," he says.

While Myanmar's media may not have to fear the censors any more, it seems they do face the same digital-age problems at play elsewhere in the world.