The pitfalls of reporting terrorism

Is it possible to report shocking attacks like those in Brussels without feeding the publicity needs of those who carry them out? How should media handle propaganda from ISIS and its media-savvy allies? Mediawatch talks to a journalist wrestling with these issues.

BXL attacked by terrorists. I feel sorrow and anger. Let's hunt them down and stay united in our fight for european values. #brusselsattack

A bit stronger that the expressions of sympathy and solidarity leaders usually send out at such times.

Soon after, the website of the UK’s Guardian published a rapidly-written piece by columnist Simon Jenkins condemning knee-jerk responses: 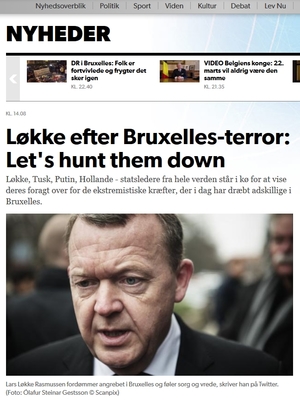 How Danish broadcaster DR reacted to the PM's angry comments on the Brussels bombings. Photo: screenshot

The explosive force derives from our reaction to it, from the public attention awarded to it and from the response of the political community. Publicity and response are the terrorists’ “useful idiocies”

The blanket media coverage was "reckless”, said Jenkins - a former editor of The Times and London's Evening Standard.

"The media must report, but need not go berserk in reveling in the violence caused, as it manifestly has done for ISIS brutality," he said.

At this point is wasn’t clear who was responsible for the bombings, though the ISIS-affiliated news agency Amaq soon said its fighters were. So how should the media to respond to the public right to know?

Australian journalist Lauren Williams has been confronting those questions recently from her base in Turkey, where suicide bombers have struck in Istanbul and in the capital Ankara recently. She is the former Middle East Editor at The Daily Star Lebanon, and the former Managing Editor of a news magazine in Syria called Forward.

On the ABC news website - she put it even more forcefully:

There is no question that Islamic State stories are newsworthy. But that's because Islamic State designed it that way. These guys are marketing professionals and the media has been sucked right in.

In that article, Lauren Williams cited a now-notorious video of a well-spoken Australian doctor who joined ISIS overseas. This piece of pure propaganda was uncritically reported and aired, and embedded in online news stories in many mainstream Australian news outlets.

The ABC, to her irritation, also embedded it in Lauren Williams’ own online article.

Glad to see we got the message. Link to Tareq Kamleh propaganda video on my oped calling to stop using ISIS material https://t.co/MWg8w3BY1U 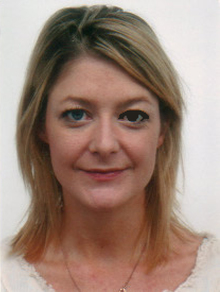 Lauren Williams told Mediawatch ISIS tailors its material to the needs of mainstream media outlets and even times its release to fit lulls and peaks in the news media cycle. It not the only organisation that does that, but Lauren Williams says the ISIS media effort uniquely targets both sympathetic and hostile audiences at the same time.

"ISIS does not allocate the resources it does and produce the volume of material it does for kicks, nor simply to rattle around the echo chambers of Twitter for angry and disenfranchised teenagers. It's designed for you and me," she said.

"Terrorist incidents are essentially acts of communication," Lauren Williams told Mediawatch. Without the huge media coverage they get, they're like the tree falling in the woods. When we give them blanket coverage, we do play into their hands".

But lethal attacks in major cities are clearly newsworthy and must be reported.

"There's little we can do about the way we respond. But we have to be cautious and report the facts and try not to play up the fears these people want us to experience," said Ms Williams.

"There's a tendency to report what leaders say, and a lot of the comments tend to be hyperbolic or fear-mongering in the immediate aftermath of these things. We should stick to reporting what we know, when we know it."

In a market-driven media landscape, a complete media blackout on the group's activities is unachievable, she said, and also undesirable. In Turkey, where she lives, Facebook has sometimes been shut down after bombings.

"Censorship risks curtailing very democratic system IS takes aim at," Lauren Williams said in her report for the Lowy Institute. "But as media professionals we need to be aware of the how we are being manipulated and at the very least, stop using the group's own propaganda material".