Willie Jackson, the BSA and the Māori TV no-shows

Two prominent Maori broadcasters were set to appear on Maori Television's media show this week to discuss a dispute, but in the end neither appeared. What happened - and what was the row about in the first place? 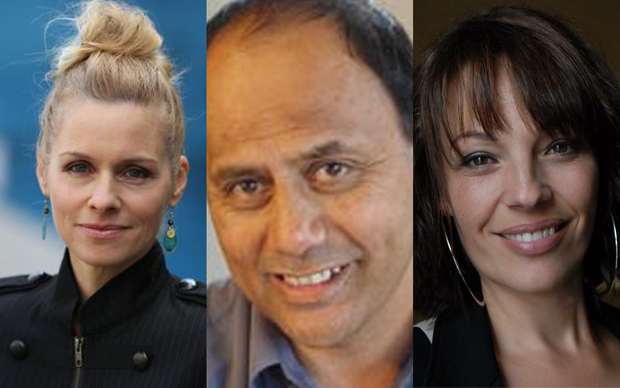 Earlier this month, the host of Maori TV’s show Media Take told Twitter followers his show would be back on air soon:

First #MediaTake production meeting for 2016 today. We’re back Tuesday next week on @maoritv with a licence to stir the pot.

But when the new series kicked off last Tuesday, a potentially pot-stirring issue was missing from the show: a complaint upheld by the Broadcasting Standards Authority (BSA) against a high-profile Maori media figure.

Earlier this month, the BSA upheld a complaint made by journalists Mihingarangi Forbes and Annabelle Lee about a Radio Waatea interview by the station's CEO and broadcaster Willie Jackson, who also happens to chairs the umbrella group of iwi radio station around the country and Te Putahi Paho, the electoral college which represents stakeholders in Maori Television.

During an interview, in July last year, with Maori TV's head of news, Maramena Roderick, Mr Jackson claimed Ms Forbes - who, like Ms Lee, had recently resigned from Maori Television - had leaked information about the broadcaster to “Pakeha reporters”. He also said she had refused to appear on his show to talk about her resignation.

The BSA decided these comments were inaccurate and unfair, and also damaging to the professional reputations of both Ms Forbes - now RNZ’s Maori issues correspondent  - and Ms Lee.

The BSA also noted the response to the journalists' complaints from Radio Waatea's owners "showed a lack of understanding of broadcasting standards," and highlighted this one:

"Willie Jackson is a provocative interviewer and is probably the country’s most experienced Maori interviewer on radio and TV. So the last thing he’s going to worry about are Ms Forbes’ rights ... and whether he’s breached the Broadcasting Act."

The BSA also said Radio Waatea's correspondence with both journalists was at times "personally critical".

Ms Forbes and Ms Lee wanted on-air and online acknowledgement of the decision addressing both the fairness and accuracy breaches, but the BSA said, "the publication and any media coverage of our decision will go some way towards publicly remedying any harm caused to the complainants’ reputations".

It might have, except there was little news coverage of the decision - just one brief news report published online by Newshub and a comment piece in The New Zealand Herald by its media writer John Drinnan.

Rather than acknowledging and airing the BSA's findings, the Radio Waatea website published a statement from Mr Jackson challenging it.

It said Mr Jackson "most certainly believes that it was fair, balanced and accurate in our dealings with the claimants" and insisted "the current non Maori framework within which the BSA operates is less effective for addressing Maori issues".

Mr Jackson said he wanted to challenge the BSA decision in court but it would be too costly.

It was an unusual response: The reason media submit to BSA scrutiny is because it's the cornerstone of a system of self-regulation. Broadcasters have always supported it – indeed, they’ve insisted on it - partly because people's grievances can be addressed without costly court action and the possibility of heavy damages for things like harming peoples' reputation.

This week Mediawatch asked the BSA if they would be responding to Mr Jackson and Radio Waatea effectively thumbing their nose at its decision and questioning its authority over Maori matters.

"We have no further comment on the decision or Mr Jackson’s subsequent press release," it said. "Generally, once a decision is published, we’re happy for the parties to comment as they wish.  We think the decision sufficiently explains our reasoning."

What happened to debating the issue on Maori TV? 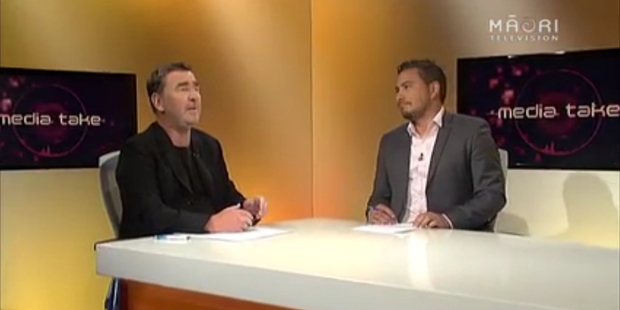 On 9 March, Twitter followers saw the plan to discuss the BSA decision on Maori TV unravel:

I have been "uninvited" to appear on Media Take on @maoritv I was asked to debate Willie Jackson re BSA but it'll be just WJ now.

Ms Forbes said the show's producer, Phil Wallington, said this was due to “reasons beyond his control” but she would keep Monday free “just in case”. It was in vain, as it turned out, and Mr Jackson ended up with a free Monday night too.

I’m finally able to tell you that we’ve dropped the BSA story from next week’s #MediaTake. It wouldn’t have been right without @Mihi_Forbes

It wasn't the first time a guest had been ‘uninvited’ from a Maori TV current affairs show in murky circumstances. In November 2014, Mana Party leader Hone Harawira claimed the station's chief executive and editor-in-chief Paora Maxwell intervened to override his invitation to appear on Native Affairs.

At the time, Mediawatch asked Mr Maxwell if the allegation was true:

"I have no comment to make about that. It's not my job to respond to his comments," he said.

This week, Mediawatch asked Maori TV if Mr Maxwell or the head of news had any role in the decision to "uninvite" Ms Forbes from the Media Take show. Maori TV said no, but didn't say who did make the call.

The channel's head of corporate development, Rick Osborne, told Mediawatch the invitations to Ms Forbes and Mr Jackson were withdrawn when “changes to the content required a different approach regarding talent".

That different approach, however, didn’t seem to come from the Media Take team.

"Media Take is free to canvas any manner of media-related issues and subjects, including those involving Maori Television."