New Zealand’s biggest locally-owned news publisher is set to make readers pay for its online news. Mediawatch asks the editor of the Otago Daily Times if it will pay off, and what the paying punters will get in return. 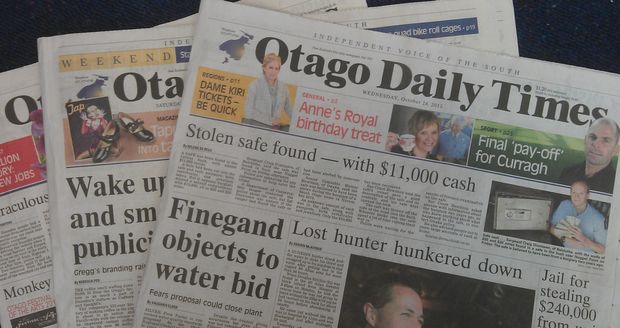 Three years ago, plenty of publishing people reckoned the days of enjoying unlimited, free online news from our major newspaper publishers were numbered.

New Zealand Herald's editor and its chief executive at the time both said it was inevitable people would soon have to pay. In 2014, the company's next boss told Mediawatch it had a paywall ready to roll. Meanwhile, rival company Fairfax Media introduced paywalls in Australia and said they would probably be built here too.

TV3 also reckoned this "major shift in the media landscape" was just around the corner. They said as much in May 2013 and again in December.  Some local papers had already made the move, including the Whakatane Beacon.

Its managing editor told TV3: "We just thought it was unsustainable to give away a product that you are expecting people to pay for in a newspaper."

That's what Ashburton Guardian and Gisborne Herald reckoned too. But the big shift in the media landscape confidently predicted by so many still hasn't happened.

Why give away stuff they also sell?

The two big news publishers in this country - Fairfax Media and NZME - still give away their best stuff for free online.

NZME would like to charge nzherald.co.nz readers, and not for the first time. Ten years ago it tried to get people to pay to read popular columnists and writers online. But NZME won’t do that now if it means their readers will drift over to Fairfax Media's free stuff.co.nz.

Fairfax has abandoned charging for its content. Instead, it wants to supersize its online audience and attract advertisers and their income. That's why Fairfax frequently reports, with satisfaction, their readership is going up and up year-on-year, even though they're selling fewer newspapers, which actually bring in more money.

This week Fairfax staff were told of a new record online audience:

But this week the biggest publisher outside of the two main companies announced time will soon be up for its free-loading readers. Dunedin-based  Allied Press told The NBR (ironically in an article behind the NBR's paywall) Otago Daily Times had been "giving away our content free for long enough."  Fighting talk.

The publication's paywall plan is a bold move by a paper which does not often chop or change. Its design is conservative and it carries some distinctly old-fashioned local content. In 155 years in print it has only had 15 editors. 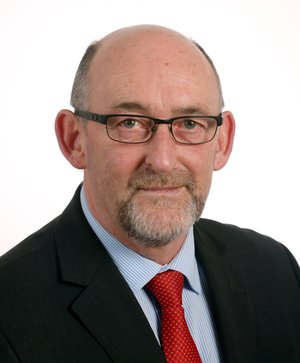 The current website certainly could do with a refresh and the sample digital edition it offers to digital subscribers is more than ten years old.

"Don't judge us by the site we have today," editor Barry Stewart told Mediawatch.

"The website will be completely different when it re-launches in April. We acknowledge that the website is dated, but print has been our focus".

From next month, a digital ODT subscription will cost $27 a month - the same as a print subscription. Subscribers of the paper will get online access for nothing. Others will get free access to a number of articles each month - the figure is yet to be determined but will probably be between between 15 and 30 - before they must subscribe to read more.

Mr Stewart said the nature of the news on offer would not change just because they were targeting a paying audience.

"We cannot win the clickbait war. We are investing in what we do best. We want to protect our journalism and this paywall is the logical way to do that," Mr Stewart told Mediawatch. 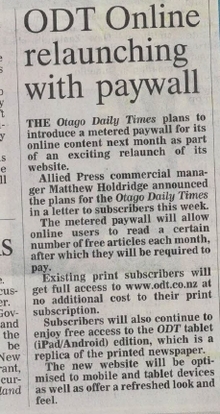 The ODT not exactly over-selling the "exciting relaunch" of its website in last Tuesday's paper. Photo: screenshot

But readers leaving comments on the ODT site weren't supportive. One said he thought it was a joke: "I'm guessing the paywall starts on the 1st of April?"

Another, called nightimejohn, said: "This reminds me of the Albatross Centre door charge, which has since been removed. I'll be sticking to The Guardian from now on"

But nighttimejohn won't find much local news there - and that's the reason the ODT's paywall might pay off.

Former NZ Herald editor-in-chief Tim Murphy said if a small chunk of the previous unpaying audience subscribed it could bring in “a reasonably meaty amount of money”. Writing for The Spinoff website, he said because subscribers to the paper also had digital access, a big chunk of the total audience might stick loyally with the website too.

But Mr Murphy added: "It will need to have content that you can’t get anywhere else, in a voice and character and feel that you want to support because it is ‘your ODT’."

It seems the ODT has thought about that too. Last weekend, it unveiled “a new commitment to long-form investigative journalism”.

ODT Insight is headed by reporter Chris Morris, and will "tell more of the story, in more depth and in new and innovative ways”. It debuted in the ODT last weekend - and online - with a multimedia article about Dunedin home owners fighting insurance battles after last year's big flood.

In an era when declining profits and incomes have undercut costly in-depth reporting, this too was a bold move for a paper with limited reporting resources.