Shock of the Nude

The media seem interested in stories about nudists, but are they really news? 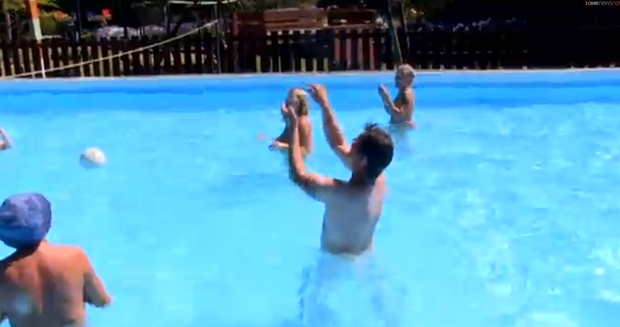 Last week, TVNZ's Seven Sharp show sent reporter Matt Chisholm to a naturist group's open day. He got into the spirit of it and out of his clothes. A nude reporter - with some strategic pixelation - was no big deal for TV One in prime time.

But a naked judge was a big deal for The Herald on Sunday last weekend. 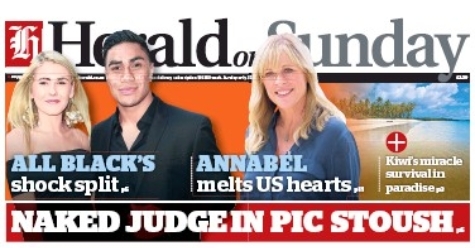 The story was all about photos of one judge which appeared without his knowledge or consent on a website promoting a naturist resort he had visited. The paper didn't name the judge, but did name the resort. The pictures had been removed from the website after the paper made calls about them, so The Herald on Sunday painted a picture for readers:

In one, the judge was posing on a grass lawn. In another he was playing petanque.

Was this judge who is charged with upholding our laws actually breaking any by hanging out at a nudist place? No.

The Herald's rivals at Fairfax Media envied this exclusive. Its stuff.co.nz website rushed out a story and as the relevant pictures were no longer online, stuff.co.nz dropped two photos of naked people from the “Fairfax File” into the story - just in case readers didn’t know what nudists look like. 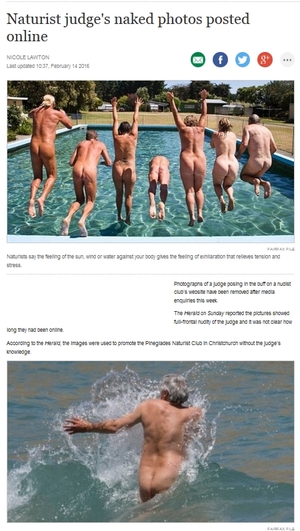 No nudes is bad news

Online stories with ‘naked’ or ‘nude’ in the headline can attract precious traffic for online news outlets but when Mediawatch looked this story was not troubling the 'most viewed', 'most commented upon' or 'most-shared' lists on stuff.co.nz's homepage.

On Monday The Sensible Sentencing Trust put out a statement headed

Naked Judge: right or wrong ? You be the Judge

Trust founder Garth McVicar said he had numerous calls and emails asking the Trust to consider laying a complaint "as a mechanism to ensure the integrity of the judiciary was upheld."

There are 46 High Court judges in New Zealand, 158 District Court judges and five judges sit on the Supreme Court. It seems unlikely one judge's affinity for naturism could compromise the integrity of our justice system.

This weekend, The Herald on Sunday reported at least one formal complaint has been laid with the Judicial Conduct Commission, and in the same paper columnist Rodney Hide said the judge had lost credibility.

"The pictures are out and they are circulating. There's a great deal of giggling and mirth at his expense. It may not be fair but that's life," Mr Hide wrote.

Broadcaster Paul Henry wasn't laughing. He took Garth McVicar to task over this on his show last Tuesday, it became clear it wasn't the judge’s nudism Garth McVicar objected to (he said he even accommodated nudists on his own farm) as much as the judge's track record in sentencing. But Garth McVicar insisted the evidence of the judge's nudism made him vulnerable to blackmail. 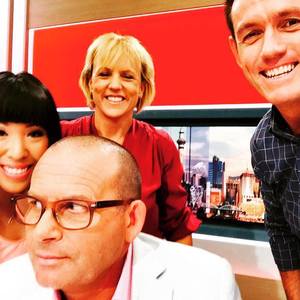 Paul Henry disagreed strongly and told his viewers and listeners this was a bit personal for him as he’s a bit of a nudist himself. And shortly after, stuff.co.nz rushed out an online story about that too.

During Tuesday's Paul Henry Show, the broadcaster announced he is a nudist

And The Waikato Times followed up with:

Let today be marked as the day Paul Henry outed himself as nudist.

But if this bait pulled in few clicks, it wouldn’t be surprising. Paul Henry's nudism is very old news.

Paul Henry exposed it in his most recent book, which included photographic evidence. Nudism also got a mention in his previous book called What Was I Thinking.

This became a best seller back in 2011 when Fairfax Media’s papers gave it a big push by hosting "Meet Paul Henry" events around the country and offering discounts on what they called at the time "a must-read for all New Zealanders.“

Few at Fairfax must have read it. If they had they would have known that Paul Henry's nudism just isn’t news five years later.

Last week in the UK, The Sun reported a High Court judge had been sacked for after she was photographed sunbathing nude in her own office. But a closer reading of story – as opposed to looking at the picture - reveals this happened in Bosnia.

This week The Sun reported she had been reinstated, giving the paper one last chance to run the grainy picture of her taken by an onlooker the day she took off her clothes behind closed doors.