Rushing to judgment - and jokes

Journalists strived to do justice to the Chris Cairns trial in the coverage from London in recent weeks, reporting with great restraint. But some commentators and comedians here at home didn't hold back - even after this week's verdict.  ​

When former Black Cap Lou Vincent owned up to match-fixing last year, a flurry of coverage and comment followed.

When names are named and people are found guilty we will condemn them. But to use this current situation that a troubled cricketer has got into is sensationalism  - and very poor form.

It was a timely warning not to jump to conclusions. But he wasn’t so serious earlier in the same show when he took part in a spoof interview with a made-up dodgy Indian bookie called Ranjeet, who claimed to be blackmailing Vincent with compromising photographs of the former cricketer with Ranjeet’s goat.

This quickly became no laughing matter for Chris Cairns.

After the New Zealand Herald revealed he was being investigated by the ICC’s anti-corruption unit, Cairns was on Richardson's show complaining someone in New Zealand was leaking information about the investigation to the media. Bringing his name into it was “unjust, reckless and disgraceful”, he said.

Cairns had already won substantial damages after suing one of Indian Cricket’s major power brokers for defamation. So. when Cairns was subsequently charged with perjury and perverting the course of justice, the imminent trial in the UK was a good reason to hold back on opinions until the verdict was in.

But not everyone saw it that way.

Shooting from the lip

On Radio Sport in October, guest Eric Young told host Tony Veitch he didn't want to pre-judge what would happen in court in London but "Chris Cairns' future is looking decidedly shaky". The pair also made comparisons with Lance Armstrong.

The same weekend, in one of a series of online videos for the Rugby World Cup, Nate Nauer from Mai FM joked about watching delayed coverage of Tonga taking on the All Blacks.

It is weird knowing the final result before it happens. Now I know what it's like to be Chris Cairns watching a game... 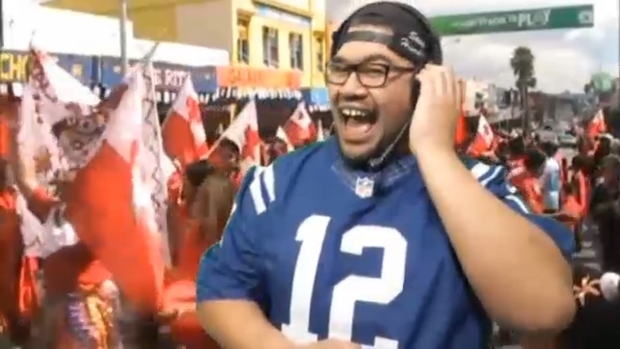 TV and radio hosts Jono and Ben launched a mock 'Free Chris Cairns' campaign earlier this year, but found it didn't really take off. On their TV3 show last week, they joked about Richie McCaw coming out of retirement to win the Rugby World Cup once again in 2019.

"I got that hot tip from a mate called Chris Cairns," said Jono Prior, rolling his eyes and adding "allegedly" with air quotes. 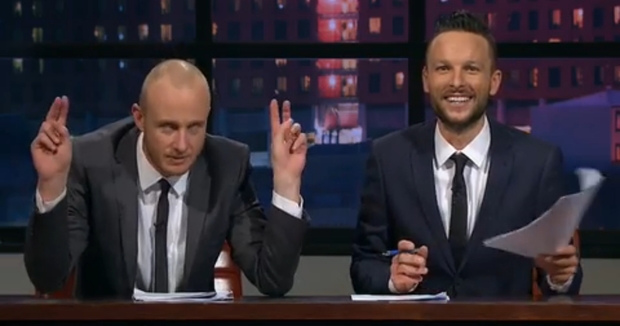 The jokes weren't quite so funny when the jury in London returned a majority verdict of not guilty just three days later.

Another joke doing the rounds during the trial also no longer made sense, as Northern Advocate editor Craig Cooper pointed out in his editorial in the paper last Wednesday.

Pinocchio, Superman and Cinderella are walking through a school gala day. Superman enters and wins the 'Strongest Man' competition. Cinderella enters and wins the beauty contest. Pinnochio enters the 'Biggest Liar' competition... and receives a legal writ saying he can no longer be part of this joke, as Chris Cairns has been found not guilty of perjury and attempting to pervert the course of justice.

"A week ago, the punchline to that joke was very different," Cooper wrote.

It certainly was. But Chris Cairns was still the butt of many jokes in the media here even after he walked free from the court in London this week.