Flogging the flag around the clock: media for hire?

Newstalk ZB, iHeart Radio and the New Zealand Herald teamed up this week for a live 24 hour-long discussion of the upcoming flag referendum, but it was the public who picked up some of the bill. 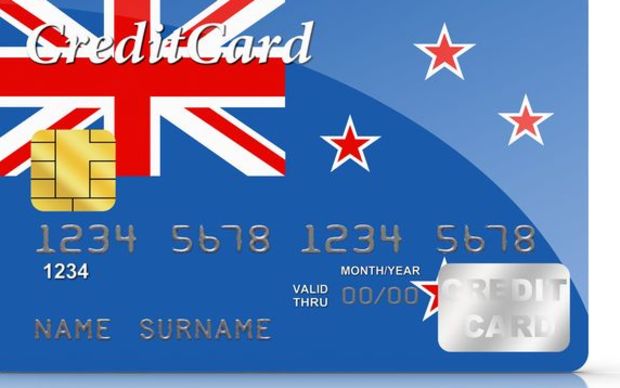 In the classic TV comedy Auf Weidersehen, Pet, British bricklayers doing it tough in Germany voted on what colour to paint the dismal dormitory they all shared. The winner was yellow, even though it was no one's first choice.

"Good system," said one of the characters, Dennis, oozing sarcasm. "Everybody gets what nobody wants".

Everybody getting what few people really want is one possible outcome of the upcoming referendum on the national flag. At his post-cabinet press conference on Monday, even the man who started it all, Prime Minister John Key, seemed unsure which colour combo he preferred.

But while some are suffering flag fatigue after all the recent coverage, media company NZME broadcast nothing but flag content for an entire day this week. The flag-a-thon, branded the Flag Summit, was hosted on Newstalk ZB and digital platform iHeart Radio on Monday. The New Zealand Herald website, meanwhile, joined in from 8pm, unfurling article after article about the flag referendum.

How do you fill 24 hours with flag content? More than 50 historians, academics, military men and media folk were rotated in front of the microphones. The bulk of them were Aucklanders, but reporters also gathered the thoughts of people elsewhere in the country. 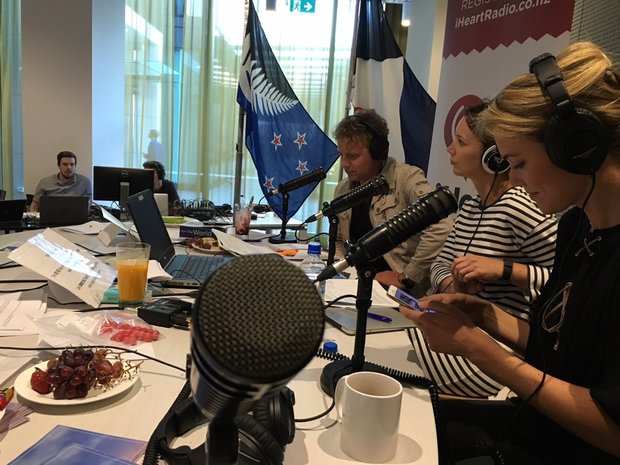 The Flag Summit broadcast round the clock from NZME's new headquarters in Auckland. Photo: Lizzie Marvelly

Flag fatigue or an appetite for more?

When the Flag Consideration Panel went on the road for consultative hui earlier this year they sometimes found themselves outnumbering the attendees, but, during the flag-a-thon, ZB host Kerre McIvor repeatedly insisted that her talkback callers often raised the flag issue on air.

So was there an appetite for 24 hours of flag talk?

In fact, there was no shortage of callers even in the late night sessions monitored by Mediawatch.

But while it might seem NZME took a commercial risk running a flag-a-thon, it was never going to end up out of pocket: the Flag Consideration Panel came to the party, drawing from its budget of $26 million of public money.

It's not the first government project to pay big bills for publicity. The PR price tag for the Working for Families policy 10 years ago was a bank-busting $21m, and mainstream media outlets pocketed plenty for carrying the advertising.

But the Flag Summit was different: it was NZME's idea and the company sold it to the Flag Consideration Project.

"We would have loved to have done it anyway, but the cost would be prohibitive so we partnered with the Flag Consideration Panel," NZME's Dallas Gurney told Mediawatch. "We proactively pitched this to them". 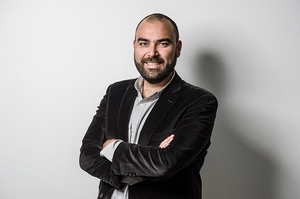 Mr Gurney, however, wouldn't say how much they charged.

"I can't reveal that because it is commercially sensitive, but I can say that while their investment was relatively insignificant it was the difference in making this event fly," he said. "In the end it was a positive contribution to democracy and it wouldn't have happened otherwise".

Mediawatch asked the Flag Consideration Project what the "relatively insignificant" investment was, and if other broadcasters were considered for the project but received no response.

Mr Gurney was general manager of the Newstalk ZB and Radio Sport networks for five years until last August, when he took up a new role creating branded content for commercial clients.

Gurney isn't alone in his efforts to marry editorial with commercial clients: major media companies, under pressure to find new sources of income, are all actively seeking 'partnerships' with advertisers and sponsors.

Mr Gurney told Mediawatch the Flag Summit could be a model for future coverage of issues of national importance.

"This project represents the new world of content the industry as a whole is producing. We can tailor-make radio stations, put on special events, film a video series on platforms we've never had before".

Does this mean NZME's media outlets can, at the right price, effectively be hired out to cover topics?

"That's part of my brief," said Mr Gurney, "But credibility can easily go out the window. If you want really good branded content and content marketing, the brand and the audience must be aligned for it to work".

What if its a controversial lobby group offering cash? What if, say, the Sensible Sentencing Trust wanted half a day of on-air debate about whether we're tough enough on law and order?

"Anything's possible," said Gurney, "It's a case-by-case basis, but it's a high hurdle to get over."

"Content marketing is growing internationally. Advertising dollars are hard to come by and this is part of the answer".