Simon Wilson has stepped aside as editor of Metro magazine to become an editor-at large for its publisher Bauer Media. Mediawatch asks him what makes a good general interest magazine and whether there’s enough good magazine journalism around today. And if not, is Twitter really the problem?

Simon Wilson still writes for Metro. The latest issue's cover story about John Campbell is one of his. But in his final Metro as editor last month, Simon Wilson asked himself: what is a magazine for?

It’s an artefact: a thing you craft with all the skill and money and time you have available, so its value to readers is not just in the quality of the information, the writing and the pictures, but in the very process of turning the pages, sitting with it in their laps or propped on the table, feeling and smelling the paper, going from back to front or front to back or randomly, as you do, soaking it all up. 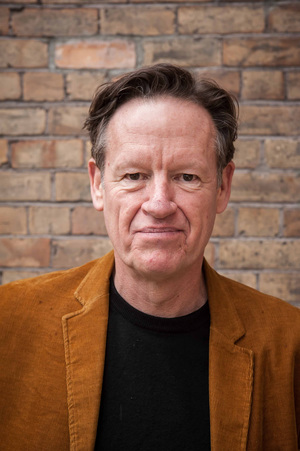 Fine words, which apply to fine magazines. Not all those on the newsstands aspire to be so special.

But in tight times for publishing, the money available isn't what it used to be. Magazines no longer keep big teams of talented writers on the payroll. In a long inteview on The Spinoff Simon Wilson spoke candidly about struggling to find funds for the best writers.

"There are fewer staff positions, and therefore fewer chances for journalists to build careers, to learn from and support each other," he wrote. "The onus is on us now — all of us in media — to develop avenues of support, to create new ways to foster great work".

In the past he’s also voiced worries about that "great work" and whether there's enough of it. Two years ago, in a provocative piece called Stop tweeting and do some work, Simon Wilson said: "Too many of the really good writers in this country can’t be bothered writing for mainstream media anymore".

"You now get a remarkable outpouring of wit on Twitter, and I think its self-sustaining for a lot of people who, if Twitter didn't exist, would be writing more essays and longer pieces," Simon Wilson told Mediawatch. "I could name half a dozen writers I would expect to have produced books by now, and they haven't".

He won't name them, but in the same article said writers have no excuses, even though the pay for journalism is poor:

Original writing in this country is strongly supported by publishers and taxpayers. It has been valued in our schools since the 1960s and taught at university since the late 1970s. In the print media, there are as many outlets as there ever were. If you want to write and you’re good enough, you’ll get published.

Simon Wilson hasn't been shy of telling writers how to write well either. Last June, he published blunt advice to those starting out. Among his 10 Rules of Write Club:

Write to please yourself.

You’re writing for readers, not to impress yourself. But you have to like it too.

And he concluded with this stark warning:

What you know to be true and important will conflict with your life.

You may lose friends, the respect of others, work, money.

Value your self-respect above all these things.

You’re on your own.