Time Magazine described Apple’s new operating system, iOS 9, as an “existential threat” to internet publishing. Salon headlined its story: Apple Just Did Something that has Journalists Scared for the Future, and many pundits have made pessimistic predictions about the impact of allowing ad-blockers on Apple devices.

Apple’s own take on the impact of the new operating system, not surprisingly, is more upbeat. Apple executive Susan Prescott said the new Apple News app - which is included in iOS 9 and provides users with a personalised news feed from the likes of the New York Times, Wired and CNN - was “the best mobile reading experience – ever.”

It’s not the first time an Apple product has been touted as a game-changer for journalism. When the iPad was launched many people believed it would revolutionise the way news was delivered and help create a viable new business model.

In 2011, News Corp launched The Daily – an iPad-only newspaper – which the company’s boss Rupert Murdoch reckoned was the future of print journalism. But less than two years and tens of millions of dollars later, the virtual newspaper was closed.

While Apple News is only available to users in the US for now, it’s the latest obstacle for traditional media companies trying to make money from their digital offerings. Facebook and Google are now the dominant players in online advertising. The Wall Street Journal reported last month that close to a third of all display and video advertising is sold internationally by automated systems which target users based on consumer data and their web browsing history. 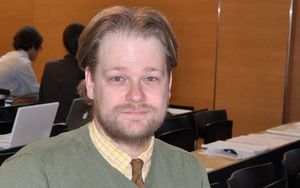 What's now called ‘programmatic advertising’ is growing in New Zealand too. The Standard Media Index, which tracks the amount of advertising sold, reported that in the year to this August programmatic ads grew by 16 percent.

In the same period, newspaper advertising declined by 21 percent.

The director of Harvard University’s Neiman Journalism Lab, Joshua Benton, recently wrote that the dominance of companies like Google, Facebook and Apple was destroying the business model for local news.

My private conversations with leaders of newsrooms across America have taken a turn for the depressing. I hear worries that, at a point when some newsrooms are finally making a shift toward digital-first workflows and structures, the digital business they were chasing is disappearing.

Joshua Benton expanded on that on Radio New Zealand National's Nine to Noon. He said a digital divide was developing which would create an information elite with access to quality news, and a mass audience which would "scrape by on what comes in on their social feeds and what they run into."

The model of funding media through advertising may be in big trouble, but ads still pay for the bulk of journalism in New Zealand today. So what are advertisers looking for when they spend their money?

Vaughn Davis is the owner and creative director of advertising agency The Goat Farm and the presenter of Radio Live's Sunday Social, a programme all about social media and the internet.

He told Mediawatch advertising online is far more efficient than on other media in the past.

"If you want to put your ad on TV in front of a woman aged 30 to 40, chances are only about a third of the people watching that ad will be women of that age. And it costs a lot," said Mr Davis. "On Facebook, you can get 95 per cent efficiency, so you can see what's going to be appealing to advertisers".

"You could say that a lot of the content TV stations, radio stations and newspapers could afford to create has been fuelled by that inefficiency - by overspending from advertisers. Now we're getting far greater efficiency and the budgets themselves are shrinking, and in many cases that's going overseas to Facebook and Google".