John Campbell on journalism - and the numbers game 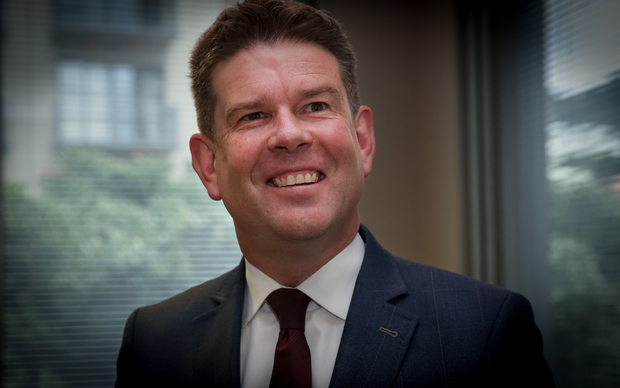 Shortly after the announcement he's joining Radio New Zealand - again - Mediawatch asked John Campbell why he's returning, what his multimedia programme for drive time might bring to RNZ National - and what it might take away.

And, having left one cash-strapped broadcaster for another, does he think the drive to boost the audience could clash with public service principles?

Back in 2011, TV producer John Barnett put forward a bold plan to turn Radio New Zealand into radio with pictures.

News progammes like Checkpoint and Morning Report, and interview shows like Saturday Morning could easily be televised, he reckoned, from cameras in the RNZ studios. It was one way, John Barnett argued, to provide public service television on a budget.

At the time, John Campbell told Mediawatch he didn’t think there was much worth seeing from a radio studio.

“When I was doing Saturday Morning, I would spend most of my time with my eyes closed, listening to every word the person was saying. Every fibre of my being was concentrating on what that person was saying.  I don’t think that would make for great telly. I’m not sure whacking up a camera and filming in the studios is the public broadcasting we hope for.”

He’ll have to have his eyes open though for his RNZ programme later this year. It’ll be multimedia, with streamed video part of the mix.

Radio New Zealand says the new show is “still a concept” but it will be broadcast from Auckland, as is another national multimedia broadcast, Mediaworks’ Paul Henry Show.

Critics have said it’s caught between both mediums - neither good radio or good TV, and dominated by guests from in and around Auckland.

“This will be a programme done from Auckland, but it won’t be an Auckand programme,” John Campbell insists.

And the multimedia approach, he reckons, is important to reach more people these days.

Often when you have that conversation, invariably the next sentence is about dumbing it down, making it shorter, putting music underneath. But no-one wants that”.

We need to find new ways of connecting with the audience that doesn’t listen to the radio. And we have to compete with the telly because this show’s going to be on 5pm when people are driving home and when they get there - they turn on the television. Bugger that. We want to keep them with us. And if they want pictures, let’s give them pictures.

All that chimes perfectly with the mantra of RNZ chief executive and editor-in-chief Paul Thompson, who says RNZ must be “audience-led”.

But at the moment, the audience RNZ does have after 5pm listens to long-established two-hour news show Checkpoint.

In a move overshadowed by the John Campbell announcement, Checkpoint host Mary Wilson has just been appointed Radio New Zealand’s Director of News Programming – a role overseeing RNZ news on radio and online.

Her no-nonsense approach to interviews has given the programme an edge not everyone liked, so will ‘John Campbell Drive’ be softer by design? A swift-moving show just like today’s Checkpoint wouldn’t be easy on the eye.

“People who listen to Checkpoint have nothing to fear,” John Campbell told Mediawatch, though he wouldn’t say precisely how the new show would differ.

On TV3, the audience of Campbell Live surged when it became known the show was under review. John Campbell personally urged people to tune in – one critic called it “an act of corporate defiance.”

But the show was canned anyway. Much of the Campbell Live audience has stayed away since then.

While the pressure to pull a big audience isn’t the same at a non-commercial broadcaster, recent audience surveys have showed a drop in audience for some key programmes on Radio New Zealand National. And the management has a target of doubling the core audience by 2020. In other words, attracting roughly one million people.

Does John Campbell fear fleeing one for battle for ratings, only to pitch up in another push to maximise the audience – one that could clash with his public service principles?

I feel like it’s our job to speak to more people but we don’t have to abandon any principles. And I learned a lot from those last months at Campbell Live. It made the audience want to participate. If you have something fantastic – and its funded by the taxpayer – isn’t it a noble and rational thing to want more people to listen to it?

On his Campbell Live show on TV3, he became characterised as a campaigner – a crusader, even - for causes: the price of milk, food in schools, the high cost of All black jerseys. If his former TV viewers follow him to Radio New Zealand, some will be expecting more of the same.

But you don’t hear Mary Wilson or Jim Mora campaigning for things on Checkpoint. Can he do that on a public service, publicly-funded platform? At first he’s guarded: “I need to talk to Paul (Thompson) and Carol (Hirschfeld, RNZ Head of Content and former TV3 colleague) about that". But then he turns the question around.

Mary insists on answers. She doesn’t take flannel. In a way, that’s a form of campaigning journalism. Her campaign is to get answers, and so’s mine. It’s just a different way of going about it. The best journalism achieves something. That’s got to be part of the mix.