Mining for meaning in the age of digitised data

Journalism schools are now teaching what was once considered the domain of computer science or applied mathematics; so is data analysis media's new best friend?

Journalists, researchers and authors gathered for last weekend’s (July 11 and 12) conference of The New Zealand Centre for Investigative Journalism in Wellington and heard how data analysis now co-exists with traditional reporting. 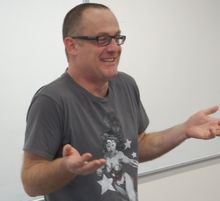 More and more media stories are now sourced electronically, via social media or via email, and sometimes the story itself is only to be found in the data.

In the US, Columbia University Journalism School’s Lede Program teaches algorithms and building databases. It's not the sort of thing many junior journalists have in mind when they pick the job, but in a world awash with digital data, crunching numbers is becoming a key skill in modern newsrooms. And those who can do it are becoming key figures in newsgathering. 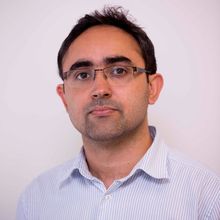 A leader in the field in New Zealand is Harkanwal Singh, data editor at the New Zealand Herald. He also runs the Herald’s dedicated data blog, where he and developer Caleb Tutty create visualisations of data relating to newsworthy issues.

One of the most popular shows where every All Black was born, another shows every vote cast in the general election, and where it was cast and an eye-opening rendering of how school rolls have shifted for different ethnicities across different deciles.

Harkanwal Singh told the NZCIJ conference you don’t have to be a programmer, database builder or computer nerd to do this sort of work. The internet is full of data just waiting to be “scraped” and databases that are freely available. Statistics New Zealand has more than 3,400 datasets which can be downloaded as spreadsheets and turned into tables at the click of a mouse.

While data journalists' work often appeared alongside that of other journalists, Harkanwal said they were not graphic artists merely illustrating the work of others. Often their interrogation of data is the starting point for a new, undiscovered story. And they have a role in exposing spin and subterfuge.

How do you know something is true? Data journalism is a way of finding out. Let’s not rely on press release from government departments or marketers. Rather than rely on someone else’s interpretation of the data and publishing their claims verbatim, do you own analysis. And lay out all the caveats for readers.

Those caveats can be important parts of the story. The current controversy over the Labour Party’s analysis of leaked house sales data in Auckland is a perfect example.

Big names in New Zealand media are only just getting started in this field, but some overseas outfits have put data journalism at the heart of what they do.

ProPublica is an independent, non-profit organisation in the US which co-operates with more than 100 established names in media worldwide.

Its 45 reporters’ work is often augmented with news applications which order huge amounts of data and help other news organizations localise the information they've harvested.

The database can also be searched by US state and by company. It can be filtered by category and by year.

And while media companies can be fiercely competitive, data journalism is often a collaborative field where the digital tools are shared by those who create them.

An example of this is Harkanwal Singh’s 'Money and Politics' visualisation of donations to political candidates which was produced using code developed by Argentina’s national paper La Nacion.