Navigation for Marrying Out

An award-winning radio series on sectarianism and mixed marriage in Australia. 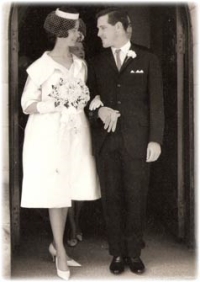 Siobhan McHugh is an award-winning writer and documentary maker. She lectures in Journalism at the University of Wollongong. Marrying Out won a gold medal at the New York Radio Festival in 2010.

The music for Marrying Out was composed by Melbourne composer Dr Thomas Fitzgerald, with the assistance of the Faculty of Creative Arts at the University of Wollongong. An award-winning composer, conductor and performer, Tom plays piano, violin, viola and other instruments in the series. His song Marrying Out is performed by folk artist Kavisha Mazzella. Lawrence Allen is the male vocalist.